Preview of Act 3i Festival: The Steadfast Tin Soldier

When Pangzi was small, someone gave him a book on The Steadfast Tin Soldier. That proved to be the worst gift he’d ever received, as far as I’m concerned. 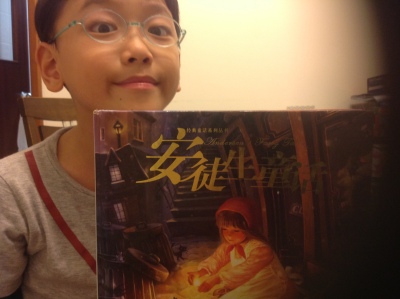 “Daddy, can you read me the Tin Soldier story?” he said before bedtime.

That’s the thing with children and books. When they can’t read yet, it becomes your problem. 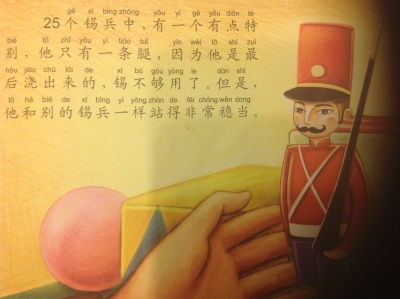 “Today, it’s going to be a completely different story called The Breakfast Tin Soldier,” I started.

“But why?” Pangzi asked impatiently.

“Because he’s hungry,” I said. “Anyway, you’re watching a play on it later.”

Indeed, The Steadfast Tin Soldier takes the stage in the form of a special puppet show this May at the Drama Centre in Bugis. It is part of the Act 3i Festival featuring a series of child-friendly performances and activities, organised by ACT 3 International.

The classic Hans Christian Andersen fairy tale will be brought to life by the Omar Alvarez Titeres Puppetry Arts Company from Argentina, which has been touring the world for decades.

“As the story goes,” I continued. “There’s once a Breakfast Tin Soldier who’s so hungry he ate his own leg…”

“Nooooo!” Pangzi interrupted. “He had only one leg because there’s not enough tin from the toy maker for two legs!”

“If you know the story already, why are you asking me to tell you again?” I said, rolling my eyes. “Anyway, this Tin Soldier saw a beautiful ballerina who danced on one leg, and wanted to eat her…”

“Nooooo!” he interjected. “He fell in love with her!”

“Are you telling the story or am I telling the story?” I said rhetorically. “Anyway, he fell off the window sill and ended up somehow back in the room with the ballerina. Their owner threw them into the fire and they burnt happily ever after.” “Noooo!” he pleaded. “You missed the part where he was eaten by a big fish!”

“How could that be? He was so hungry he ate the big fish!” I concluded. “Anyway, I like my version better. Now go sleep.”

Pangzi wasn’t amused about what he’d heard. I suspect I’d have to read it all over again some other day.

To catch the real story, you may want to check out the Act 3i Festival puppetry show too. It’s a story-telling technique never seen before in these parts, and it’d be interesting how the puppeteer combines narrative with artistry through the clever use of props and the set.
Details below.