I don’t know what to make of the Italian Centre Shanghai that Pangzi has visited this fall. For the ticket money, you would’ve expected at least free pizza.

But some eatery the Italian Centre Shanghai certainly isn’t. As a museum, it offers enough of a glimpse into the Italian lifestyle and people through its art, but it is never quite distinctive as a da Vinci or a Michelangelo.

Art pieces adorning the outdoors are more touristy than informative, like a replica of the Bocca della Verita, or more commonly known as the Mouth of Truth. It is so lame that Pangzi has no problem inserting his hand into it as many kids do. 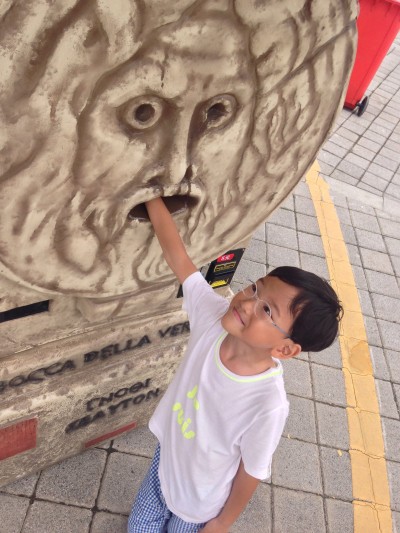 Large backdrops allow for phototaking that gives the illusion that you are pacing the streets of Milan, but surely one would think the Italian Centre Shanghai could offer more. 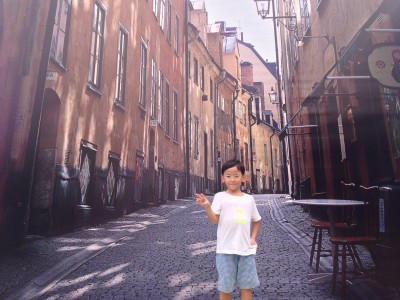 Maybe the answer lies in its automotives. 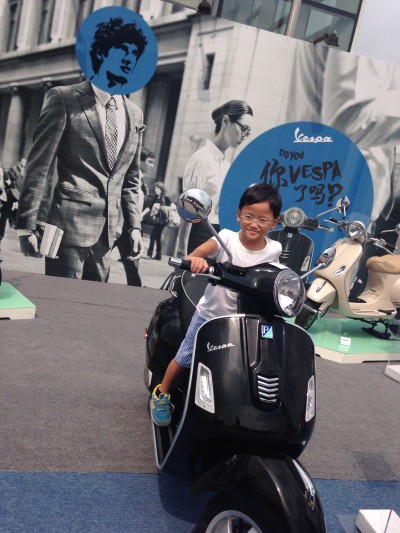 Home to the world-renowned Ferrari brand, it would be unthinkable that the country’s showcase during the Shanghai Expo 2010 would have omitted its presence. 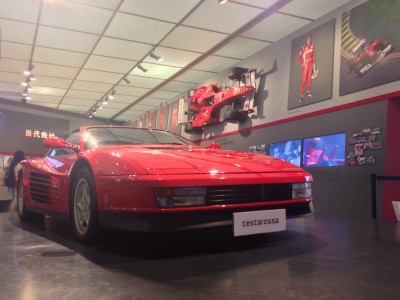 Indeed, the sports car does liven up the place with a stunning hanging display of its F1 representative. 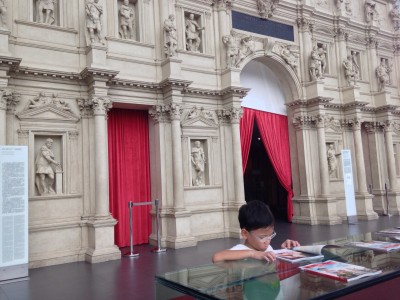 Other than that, the Italian Centre Shanghai is a modern depiction of its culture except for a hint of its illustrious past through Roman pillars. 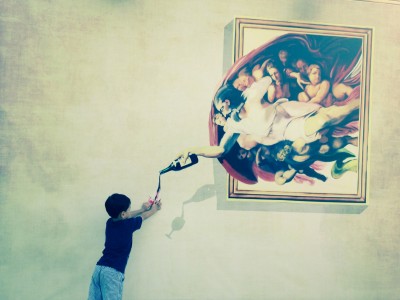 There are even a couple of the oh-so-popular 3D paintings to spoil the overall identity. 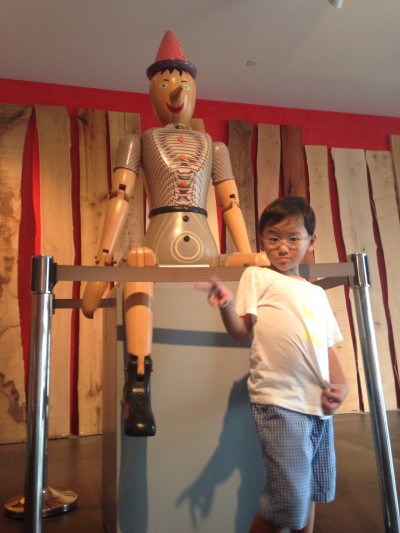 All things said, I’d be lying through my long nose if I tell you how much Pangzi has enjoyed himself. The Italian Centre Shanghai is open till the end of 2014, so you still have time to call my bluff.