A bit of Europe in Mimosa Pattaya 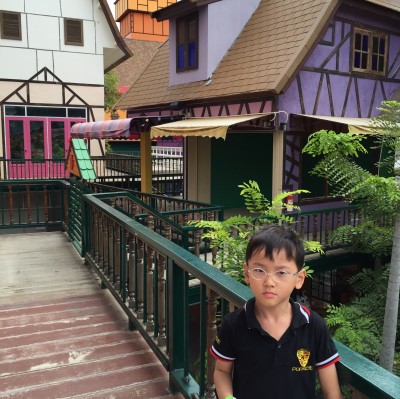 Something about Mimosa Pattaya that we visited lately didn’t feel quite right.

At its core, Mimosa Pattaya is best described as a quirky shopping destination against a European setting. It is some 20min from downtown Pattaya, away from all the famous Thai hanky panky that I would have thoroughly enjoyed if not for Pangzi’s presence. 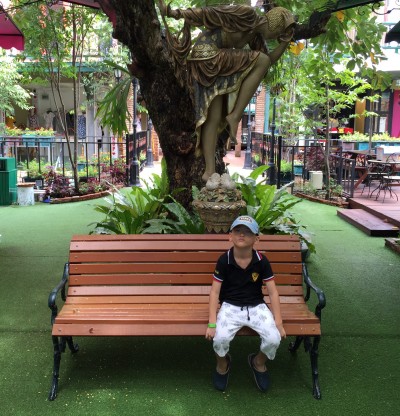 The owner of Mimosa Pattaya must have thought the best way to create a tourist attraction with a European flavour is to put traces of everything into it and hope people will come.

And colours. Lots of colours.

First of all, the walking paths have been laid with green carpeting. It seemed like shopping on a golf course. 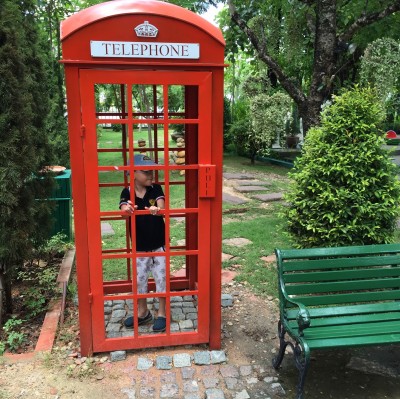 Near the entrance, we found a blood red English telephone booth, which Pangzi tried to dismantle with his bare hands.

Next to it was an old Austrian well containing no water. 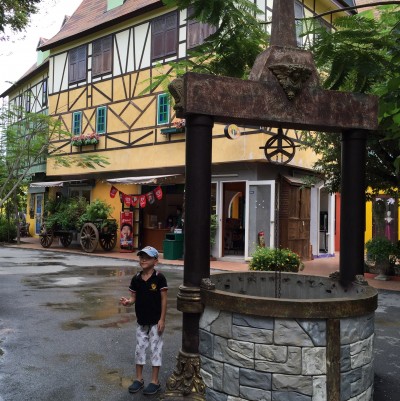 Then there were a few marble-white Italian statues, providing a great photo backdrop alongside Irish horse carriages. Out of nowhere a bronze Danish mermaid appeared. Not sure if Pangzi was laying his hand on the right part. 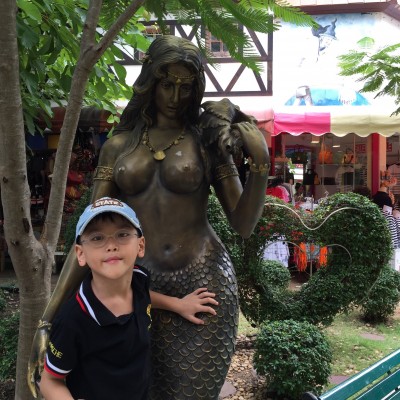 Right at the end of Mimosa Pattaya, we came across a cute orange Dutch windmill. 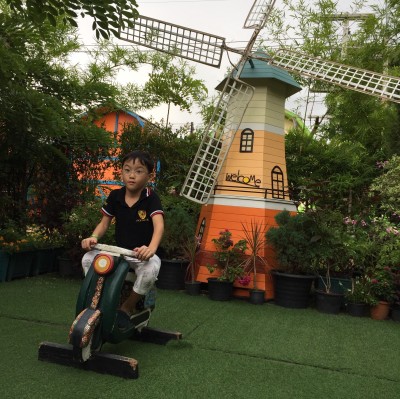 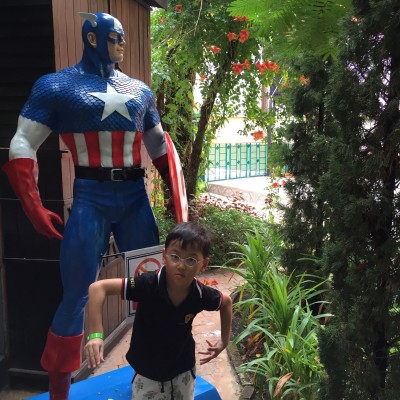 To add to the mix, there were fake animals… 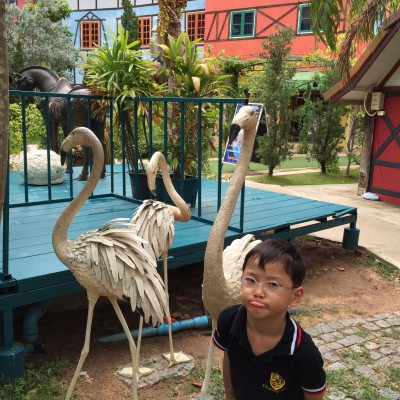 … and even a livestock farm, where you’d pay a modest fee and get to feed real animals that looked hungry all the time. 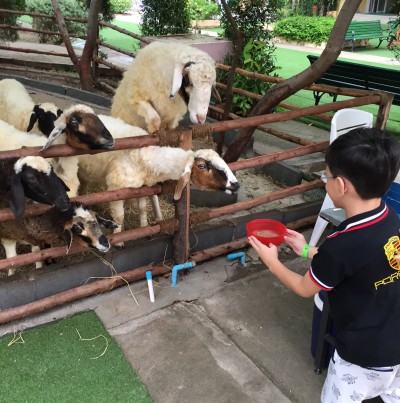 You should be able to tell by now that Mimosa Pattaya is a very confused place, although the colourful buildings make for excellent pictures. However, what’s really been bothering me is this: where are the visitors?

On the weekday that we came, only a few cats were present. Whatever mega European dream obviously hadn’t materialised.

Or maybe there would be more life during the weekend. Some kinky act with Thai ladyboys was supposed to take centrestage, but we didn’t stay long enough to witness it. 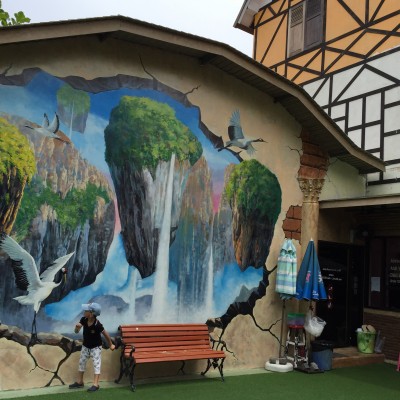 It’s not cheap to enter either. Tickets cost THB600 each. Admission, however, does include a free visit to a fabulous 3D art museum. That itself is worth the price. 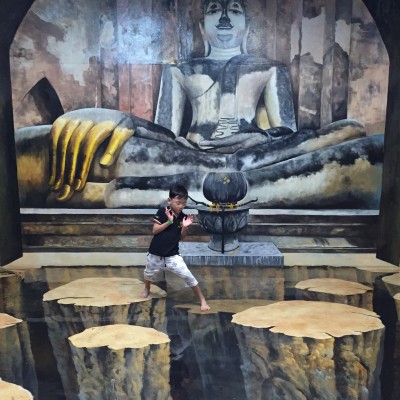 I mean, where else can you have an entire 3D photo gallery all to yourself? 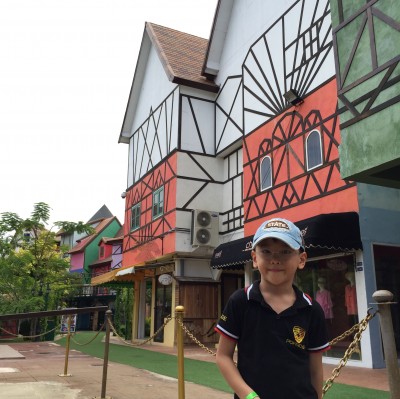 I’ve always had a great sense of timing. Right after returning from Pattaya, some airline announced that you could now fly there for S$5.

This is just perfect.