Shanghai is fast becoming a mall-a-second city, so when I wanted to visit the new Taikoo Hui in Nanjing West Road, Pangzi went: “Not another one again?” 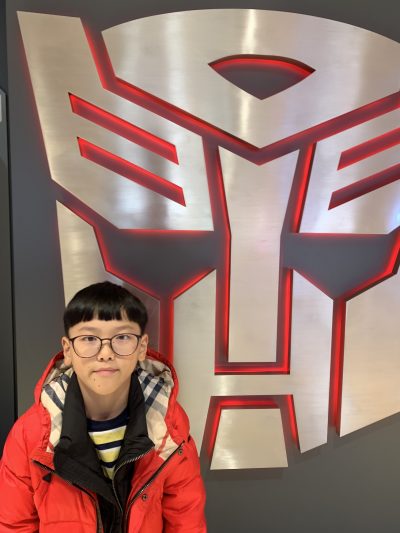 “This is different,” I reassured him. “A lot of money is pumped into Taikoo Hui to make it stand out from the rest.”

Indeed, the first impression we received upon arrival was how upmarket it was. Home to a Tesla showroom and the biggest Starbucks in the world, Taikoo Hui was tastefully decked in Hong Kong art as a link to its famous developer. 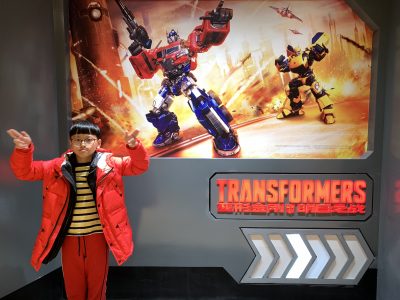 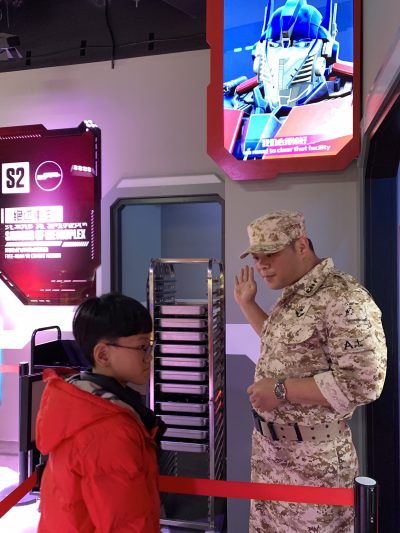 “Yes, please come in for the Transformers VR experience,” said an aide in army fatigues cheerfully. 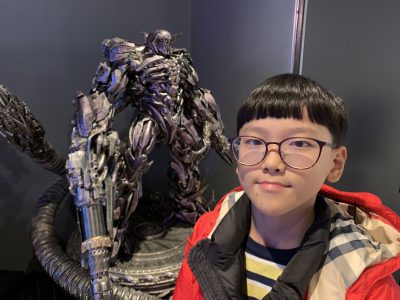 This can’t be happening.

I quickly searched the Taikoo Hui directory again, and sure enough Transformers VR did not come up. Was this a scam? 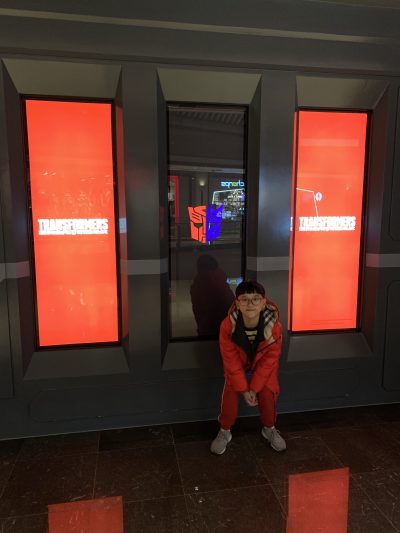 “O…kay… how do we get in?” I asked, eyeing him suspiciously.

I looked at the ticket prices – no wonder he was smiling this big. 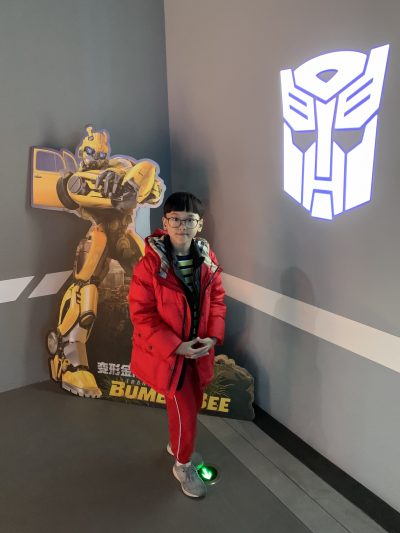 I reluctantly paid up and the aide guided us in.

“Three stations here. First you shoot VR. Then you build your own Transformer and send it to a virtual fighting ring. Finally you race against each other. Understand?” 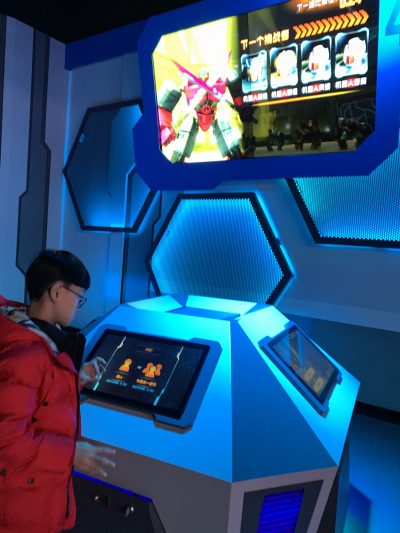 The latter two activities were lame but I was truly impressed with the VR shooting, despite myself.

We had to don the full gear that detected our physical movements, and once the game started we were transported into a VR world and fought as Transformers in first person view against Decepticons firing in all directions. 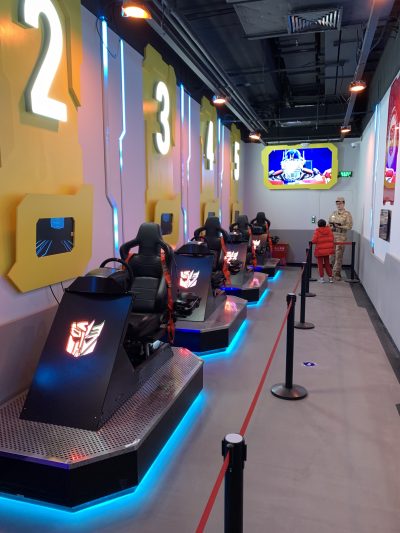 The heavy vest vibrated as we got caught in enemy fire. It was as realistic as it could get.

In the end we were even presented with our individual scores and shooting accuracy in a leaderboard. 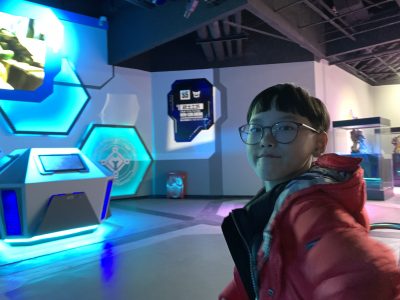 I lost track of how much time we spent there. Pangzi naturally did not want to go.

It was near closing time when we left Taikoo Hui, thanks to Transformers. Thought I came here to shop. 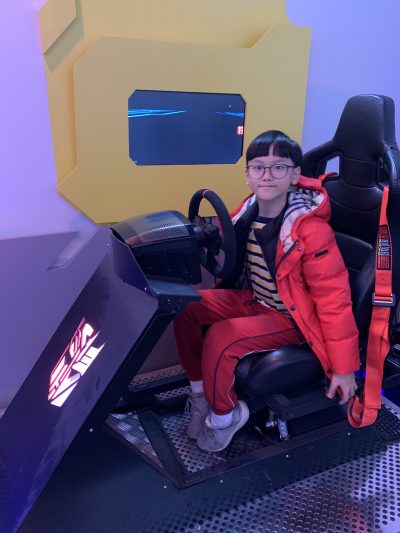