There’s a reason why I like museums so much – they’re older than me. Judging by its occupants, the Gwacheon National Science Museum is as old as it gets. It’s effectively a Seoul dinosaur museum. 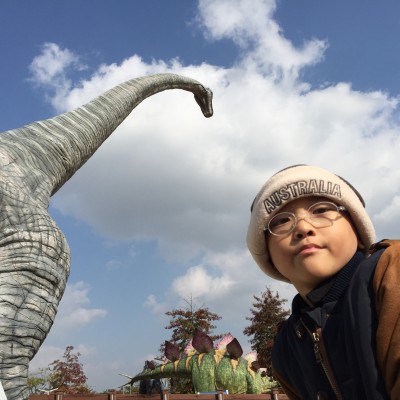 “Daddy, why are we going Jurassic Park?” Pangzi asked, though he didn’t mind one bit.

“Because you’re starting to make fun of my age. I’m showing you someone much older than me,” I retorted. 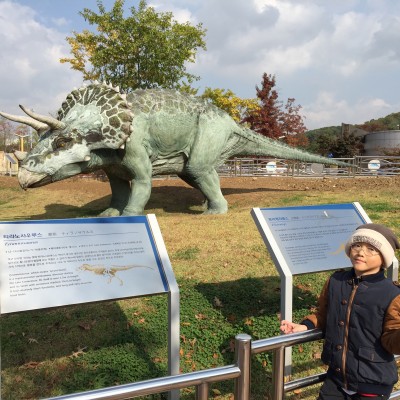 Despite its name and intent, the Gwacheon National Science Museum was more interesting for its special section dedicated to dinosaur fossils. Life-sized replicas could be found terrorising the garden outside the Seoul dinosaur museum.

“See this baby torosaurus? Over 65 million years old,” I pointed out – in my best youthful voice.

Nevermind, he’ll understand everything when he grows up. 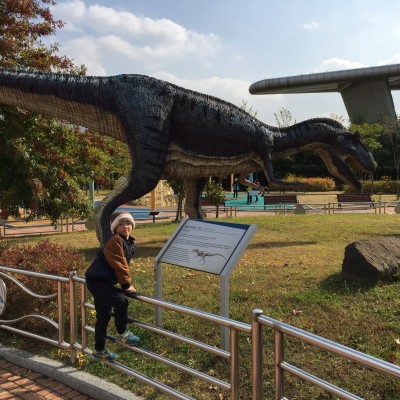 This Seoul dinosaur museum is a good 15-20km from the city centre south of the Gangnam river. Not exactly nearby but I guess one has to pay the price to see these creatures.

I could drive us there in a rented car, but that would have given Pangzi more reason to ridicule me. The subway trip took more than half an hour and totally tired me out even before we reached. Maybe I’m really not the man I used to be. 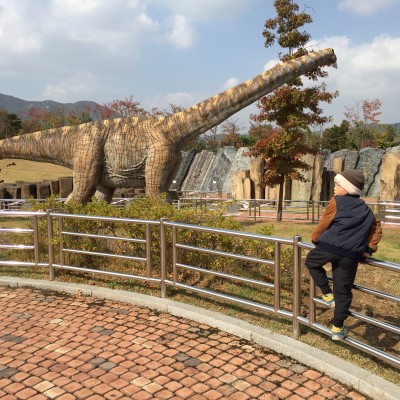 Pangzi on the other hand was as lively as a raptor.

“Wa… so many dinosaurs. Daddy, quick! Why are you walking so slowly?” Indeed, these dinosaurs seemed to have frozen in time. They were even more life-like than the ones we saw at KSL in Malaysia, and looked like they could wake up anytime.

“Daddy, this one has white hair… just like you!”

Please wake me up when it’s over. 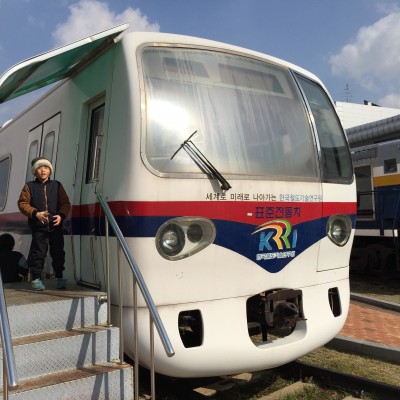 What made the Seoul dinosaur museum a little more impressive than its army of dinosaurs was its close attention to the science behind Korean transportation. 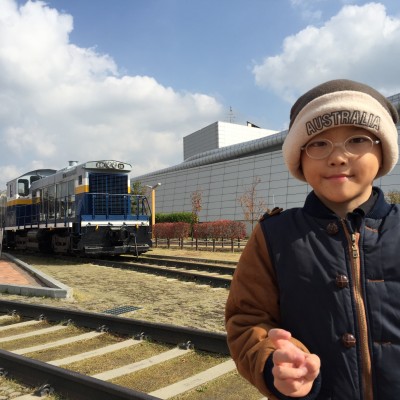 “See this train? Much older than…” I proudly declared, before realising I was talking to thin air. 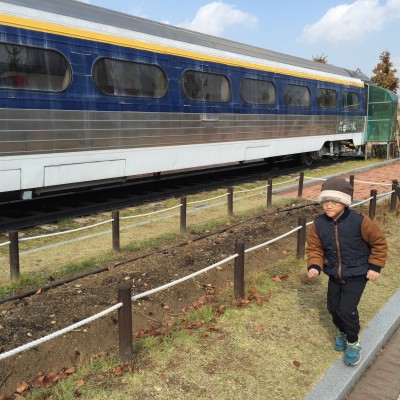 Once inside the building, it got better as I managed to catch my breath… 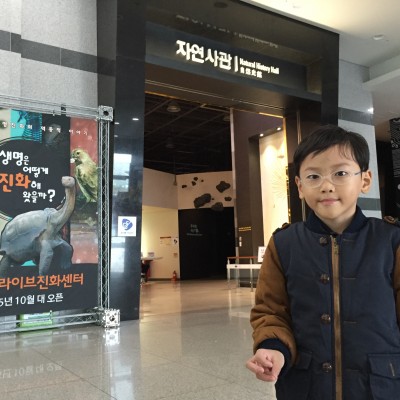 …Or so I thought. 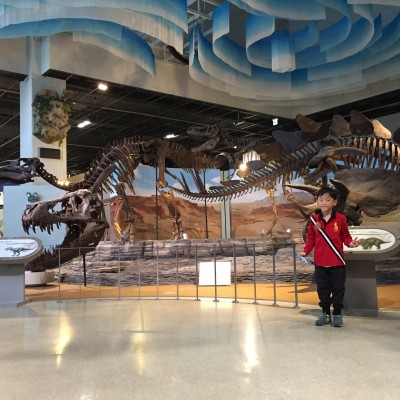 Pangzi went crazy seeing all those bones and demanded to be photographed with every skeletal figure. 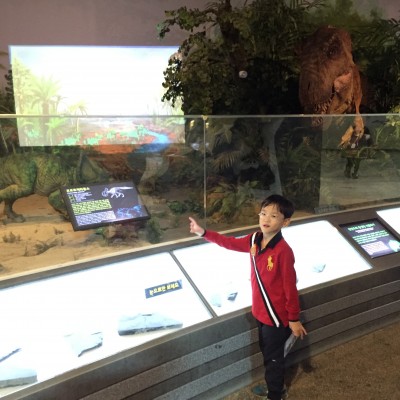 No dinosaur museum could be complete without the obligatory appearance of Mr T-Rex. This one popped its head out of the bushes and scared the hell out of me. 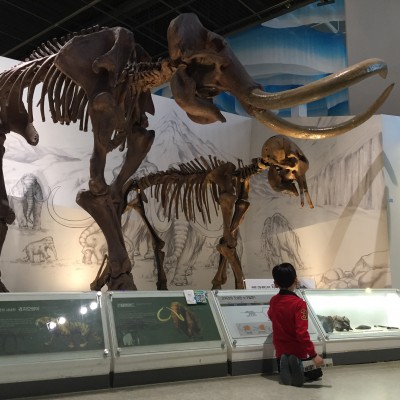 They even had elephant bones.

“Daddy, they look so clumsy…” I knew what was coming next and blocked it out. 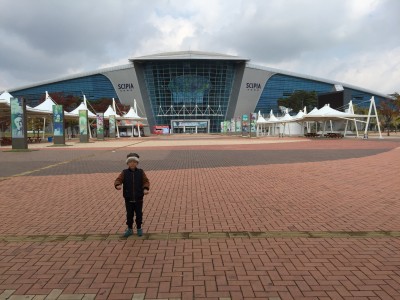 I decided not to take it all lying down.

“Listen, you’re not getting off easily for teasing me the whole day. When we go back to Singapore, I’ll think of how to deal with you,” I threatened.