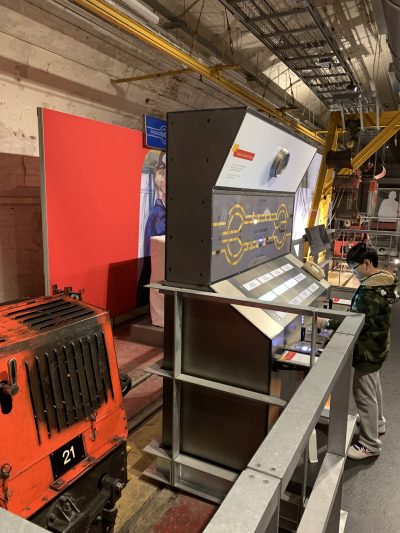 “Daddy, when are you getting me a phone?” Pangzi asked expectantly, after turning 10.

“Ermmm, never?” I answered carefully. Expectations could be a dangerous thing. 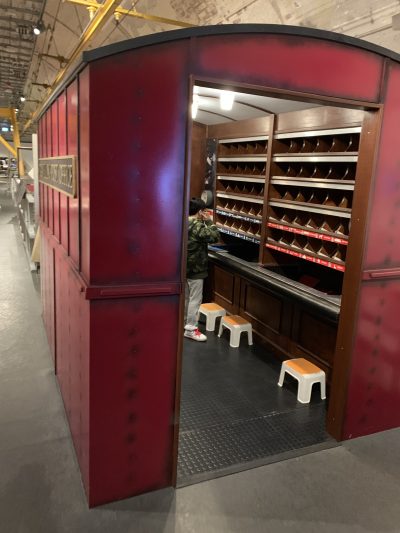 “But all my classmates have one,” he protested. “They’re emailing one another!”

“We’re visiting the Postal Museum then. I’ll show you the proper way of writing and sending a letter.” 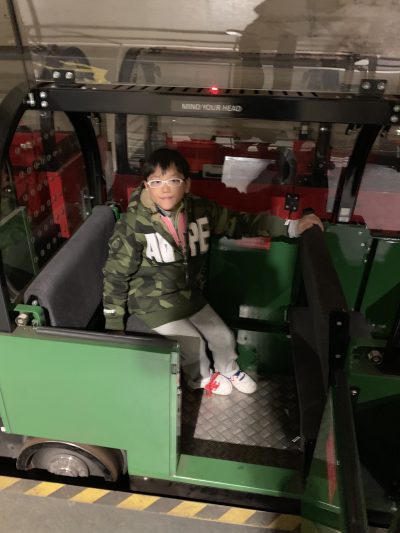 The Postal Museum is an intriguing find in London. For 500 years, it has been the hub of mail exchanges within the city, until technology takes over and the rest is literally history.

Today, the Postal Museum runs as a charity with mail-related exhibits that remind the world of the past romance of postal correspondence. “Here at the Postal Museum, millions of letters changed hands every day,” I started. “All the letters were handwritten and thoughtfully phrased.”

“Daddy, if I have my own phone, I promise to write every line thoughtfully,” Pangzi tried. 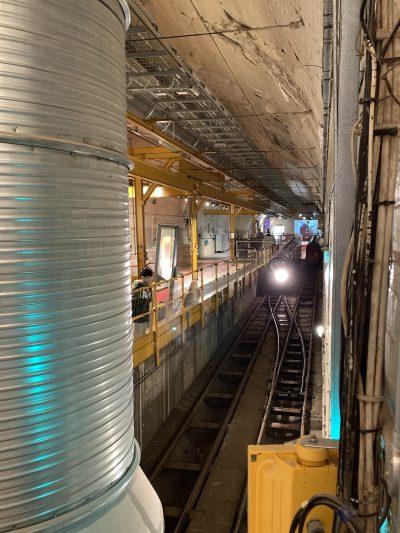 “What’s most interesting about the Postal Museum,” I continued, ignoring his last comment, “is this train system that served the entire city in its heyday.”

“Yes, except it carried letters instead of passengers,” I explained. “It’s called the Mail Rail. They’ve turned it into a special ride so that visitors can see part of the elaborate network underground for themselves.”

“You mean we’re getting into a train meant for goods delivery?” 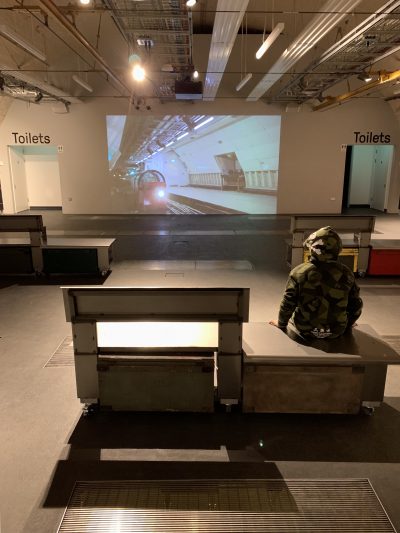 That’s the fun part about the Postal Museum.

The Mail Rail comprises several dwarfish trains converted to seat people. We thought we would be squashed inside, but it wasn’t as uncomfortable as it looked.

The ride took us to several underground stops, explaining the venue’s illustrious past through the voiceover and clever multimedia displays on the tunnel walls. 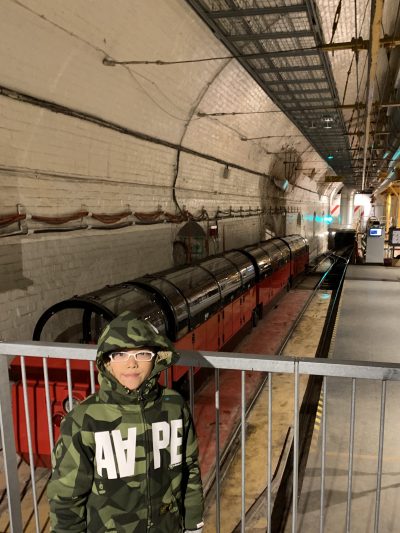 “Daddy, letters are nice but they are not coming back,” Pangzi said, “so I need my phone.”

Sigh, he’s still not giving up.