Aboard life-sized Thomas the Train with Puffing Billy During a family gathering, I should’ve known better than sharing holiday plans with relatives. “Oh, you going Melbourne? Then you should get the real-life Thomas the Train experience! Go Google: Puffing Billy…”

Within earshot of a gleeful Pangzi.

All I wanted to do was shop and sightsee. Great, thank you very much, now I gotta detour. 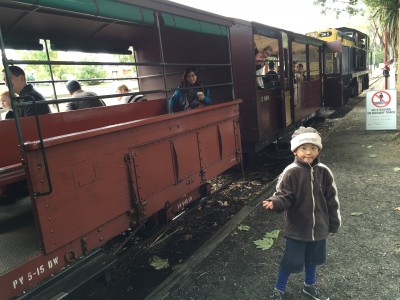 Puffing Billy is the name of the heritage railway that spans suburban Melbourne. On it, run authentic steam engines, the kind that was popular before we were born. You don’t see many of these around the world anymore. If still alive, like Puffing Billy, they are most likely under some conservation programme.

The folks of Australia are smart enough to turn one of the trains into a life-sized Thomas, which is essentially a steam engine in the series. Parents are tricked into taking their gullible children there, and the kids love it. All very commercial. 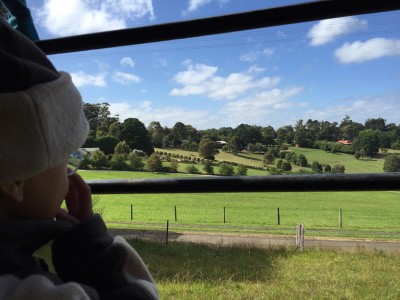 It’s easy to book a ride on Puffing Billy online. The problem is, it’s not that easy to get there.

First of all, Melbourne isn’t next door to Singapore. Then, it’s the small matter of travelling over an hour from the city to this forsaken township called Emerald.

GPS, did I hear? Very clever, you tech-savvy people. But get this: it’s not on the GPS map! 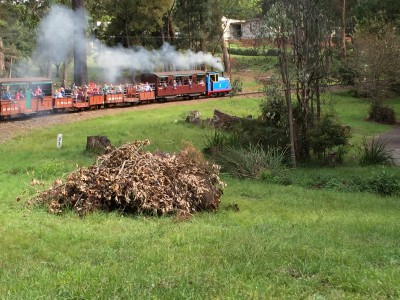 So I had to get up real early in the morning, and set off in the faint hope of locating the place in time before the train departed. The infrequent sighting of road signs didn’t help. A small township in the middle of plantations, whaddya expect?

Eventually, thanks to a combination of raw instinct and verbal instructions from helpful locals, I brought Pangzi to this setup that did its best to emulate Sodor Island. (In case you haven’t heard, that’s the backdrop for Thomas and his friends, la la la.) 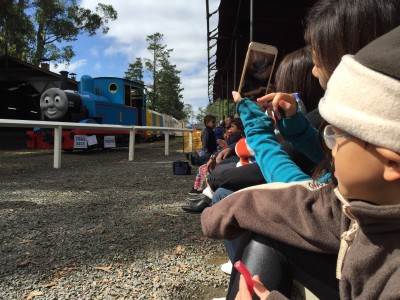 All the trouble, however, for just 20min onboard a Puffing Billy train that environmentalists would find issues with. I suppose the name comes from the amount of smog that it gives out every time it runs.

I felt cheated because all it did was to take you nowhere, and head back the same route you came. Along the way, you see lots of… grass.

Pangzi didn’t seem to care. Before this he only had Youtube, books and small train toys to contend with. To ride on a REAL Thomas was a dream come true. 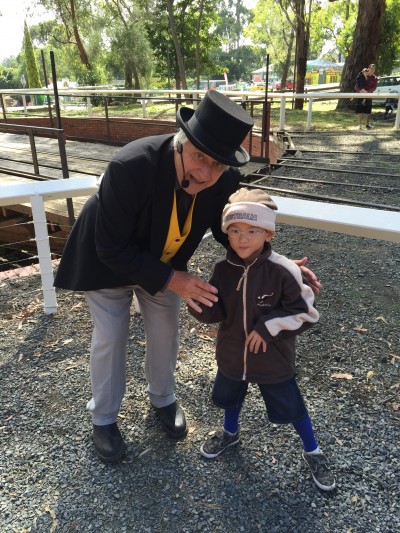 He even had the chance to pose for photos with a fake Fat Controller. (If you don’t know who, I can’t help you.)

I felt more cheated. He was anything but fat! 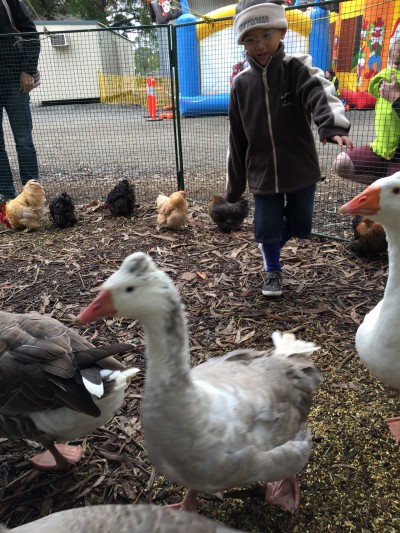 Puffing Billy tried to sweeten the deal by providing other forms of entertainment. Like putting some live stock into a cage. What kind of effort is that? At least they should tattoo Thomas logos on the animals, I thought.

Again, to my surprise, Pangzi enjoyed it. He did a great job chasing the animals around like he was going to make them his next meal. 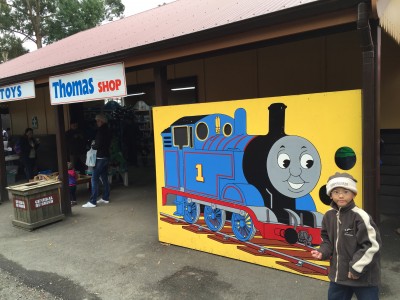 Then there was a souvenir shop. No prizes for guessing what they were selling. 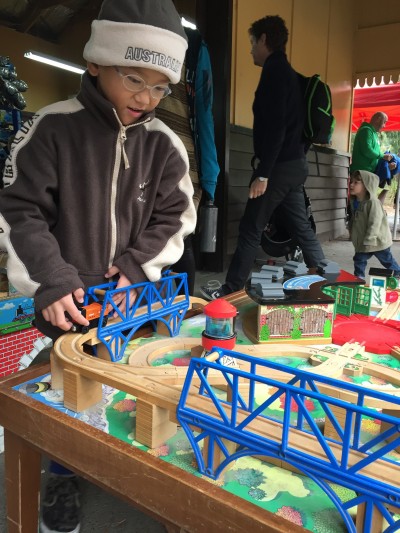 More ways to suck cash out of sucker parents. 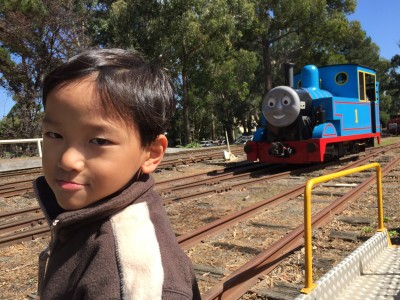 I made sure Pangzi recouped my investment on this Puffing Billy excursion wisely by taking a thousand photos with the life-sized Thomas the Train.

Note to self: don’t tell relatives anything from now on.

We were here (as if the map will help):