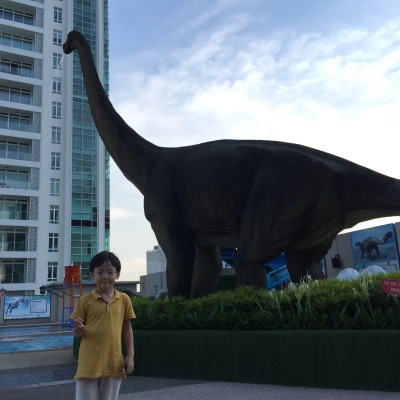 “Want to see a dinosaur theme park?” I asked Pangzi. Although the Jurassic World fever had subsided, I thought that’s still the best way to trick him into following me to Johor Bahru for the weekend.

I felt his forehead. THIS fever was still on.

Poor thing, you’ll just have to bear with it. “Listen, you’re coming with me to KSL Resort. There’s a dinosaur theme park inside where you can play with water and slides.”

“But can I swim when I’m not feeling well?”

“By the time we get past the jam at the Causeway, you’ll be fine.” I assured. “Otherwise just wait for me in the room until I finish my massage.”

“Then why am I still going?”

You’re asking too many questions! 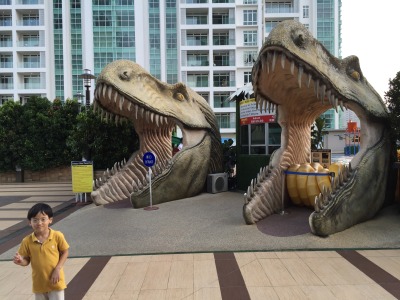 KSL is an integrated mall with shopping and accommodation, only about 15min away from City Square in Johor Bahru. The entrance to the dinosaur theme park on the seventh floor looked promising. We walked through one of the two oversized T-Rex heads to get in. Admission was free as we stayed at the hotel.

Once inside, we received a rude shock. Some dinosaur theme park it was not. At best a larger version of a children’s pool with dinosaur statues. The only rides available were those on rented giant balloons. 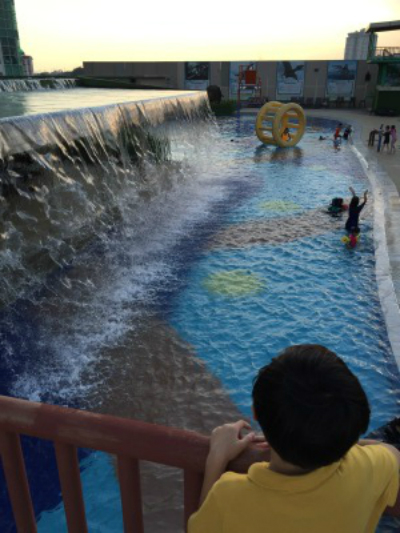 Pangzi then gave me a lesson on dinosaurs. By now, he could shout out their scientific names faster than I could remember all the candidates contesting in my GRC. 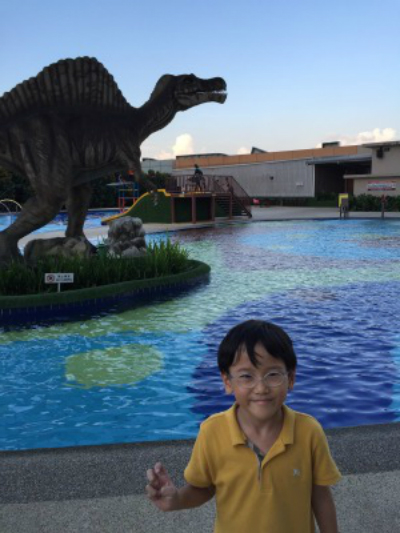 “Look, a spinosaurus. It’s a carnivore.”

Indeed some of these rubbery things in the dinosaur theme park were said to be fitted with motion sensors. When we approached them, they roared. 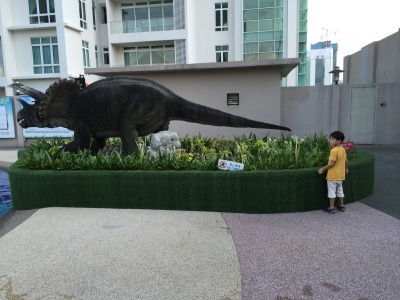 “Look, a triceratops. It’s a herbivore.”

“Still, don’t go near it. It won’t bite but watch out for the swinging tail.”

This was one of the dinosaurs that could move. Quite realistic, if you ask me. 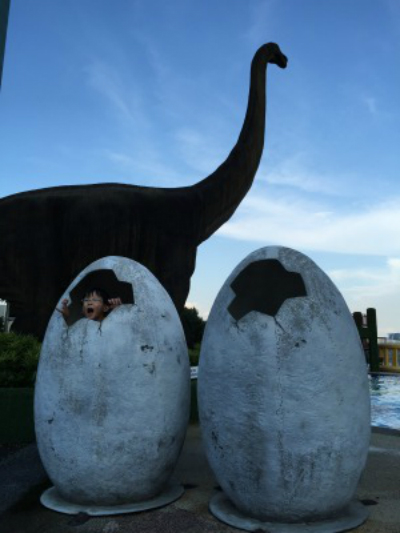 There were also his favourite brachiosaurus and its eggs. For someone who was sick, he seemed to be enjoying himself.

Lining the dinosaur theme park was a series of posters on the walls, depicting dinosaurs of all variety from different eras. 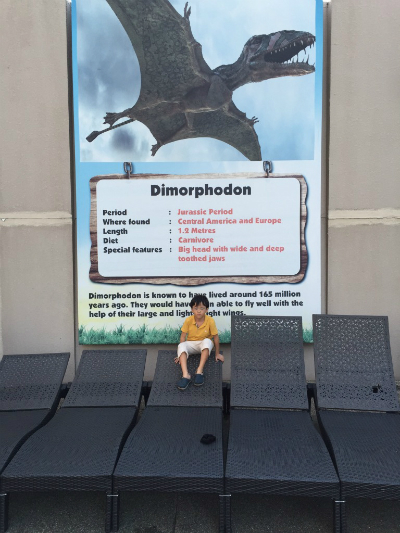 The pool came complete with kiddy slides and man-made waterfalls, which we of course didn’t get to use. 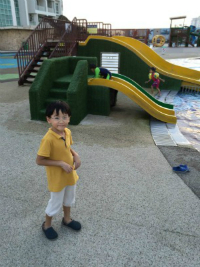 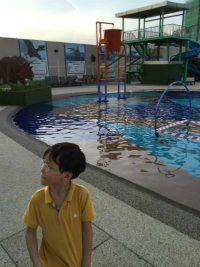 “What else can I play, daddy?”

“Hmmm… see that water gun? Shoot the kids in the water.” 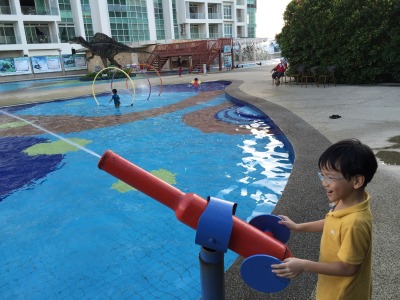 It was fun – until he turned it around and SPLASHED WATER ON ME.

That night, it was my turn to catch a cold. We went nowhere.

“Daddy, are you still going for massage?”

Go ahead, rub it in.