From rides to slides, the new AngryBirds Activity Park across the causeway in Johor Bahru appeared to have everything. 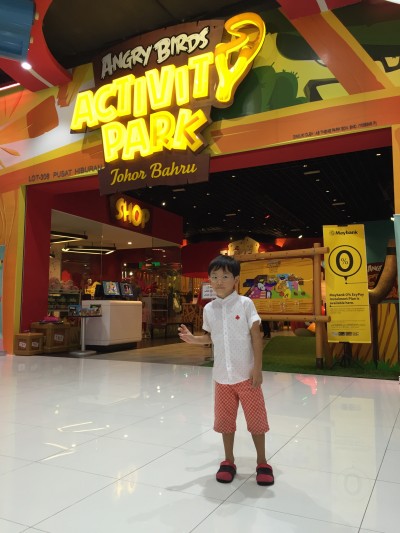 There was but one minor problem… 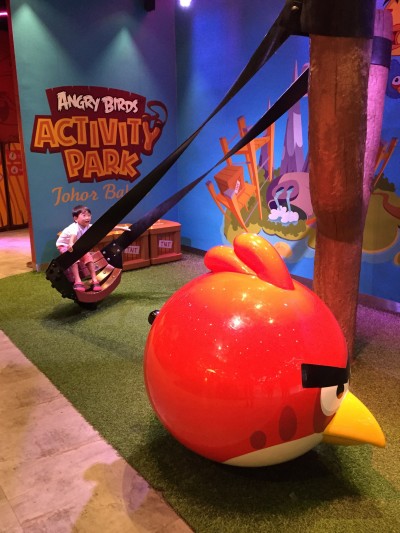 “But daddy, I don’t want to go,” Pangzi protested. “I want to stay at home to do my homework!”

This is so wrong.

“Homework is for wimps,” I threatened. “At your age, there’s no such thing as homework anyway.” 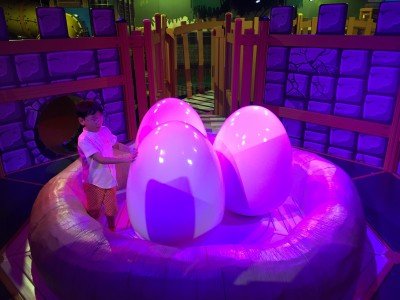 “Daddy, what is wimps?” he asked, confused.

“Erm, just know that AngryBirds have wimps to help them fly,” I said. 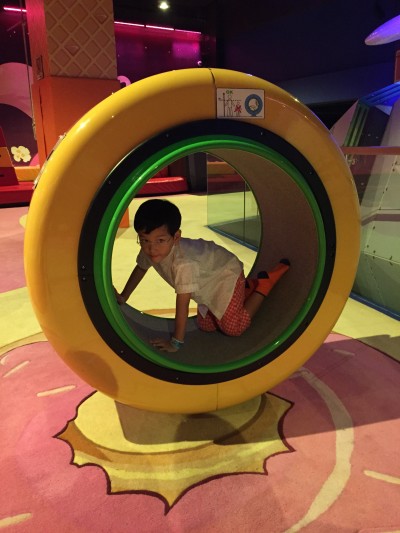 Pangzi didn’t know what hit him, but before long he found himself at the new Komtar mall which housed the AngryBirds Activity Park. The mall was just next to the popular Johor Bahru City Square, where many Singapore cars would flock to during weekends.

Between he and his dad, we knew who the bigger AngryBirds fan was. 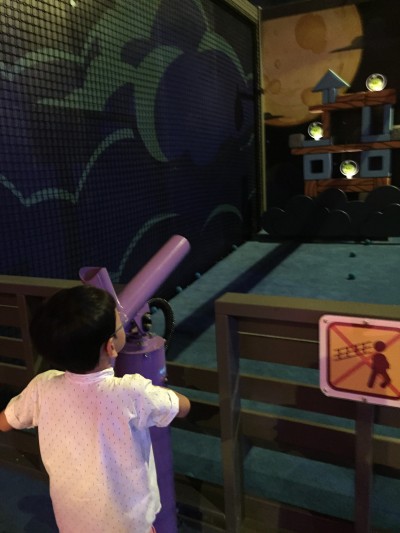 “Stay close. We are going to discover how they come alive here!”

For someone who had downloaded and completed every app version of the game, I could hardly contain my excitement. 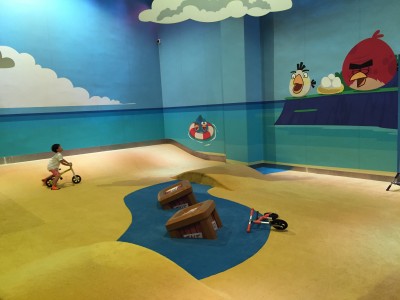 This was the follow-up to the hugely successful first app in the series. Pangzi recognised the Halloween theme song, but soon got bored with the cycling arena really meant for younger kids. “I paid a fortune to get you in. Go a few more rounds!” 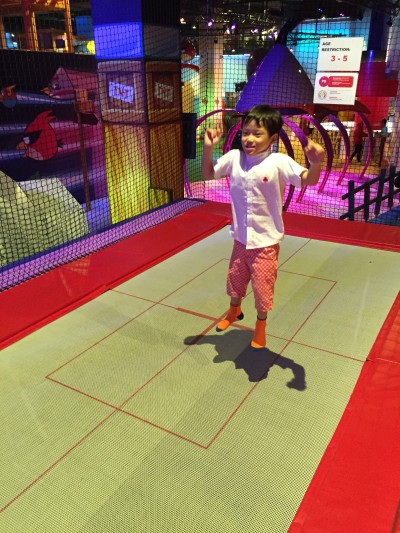 This was the one that inspired the animated films, against a Brazilian backdrop. I asked Pangzi to jump on the Rio trampoline 25 times. He tried to bargain, but thought the better of it when he saw me getting angry. In the end I let him go after 21. 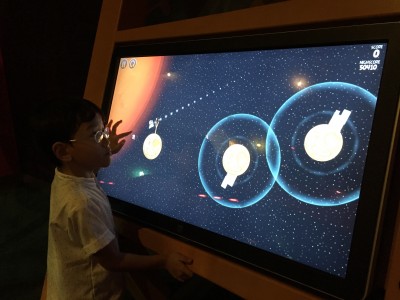 This was the innovative addition that blew my mind, with birds and pigs flying all over zero-gravity space. Pangzi played the game on a giant touch screen but never came close to matching my records. Wimp. 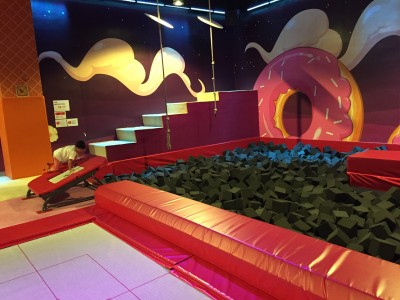 This was as funny as it was fun. The green Yoda looked more like a pig than a bird. Pangzi took on the challenge of overcoming physical obstacles like a trained ninja. He wanted to glide across a pool of sponges but fell straight into it. 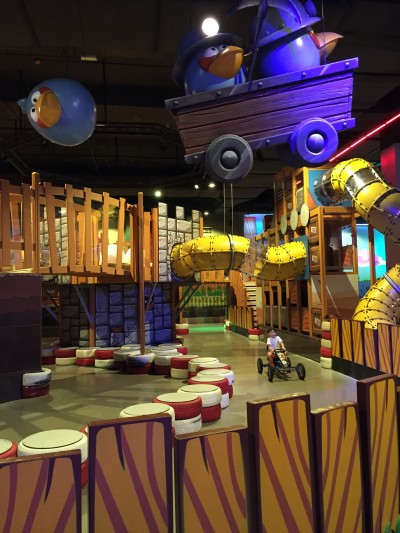 This was a departure from the usual format as it was more of a first-person racing game. Sure enough, there was a mini race track at the park simulating racing. Adults could play too, and I got so frustrated at the snail pace the tiny car allowed. 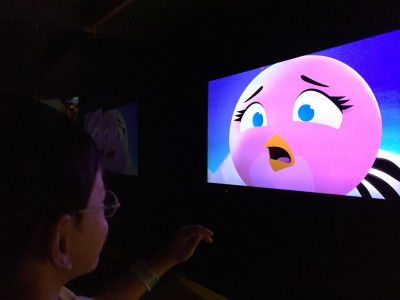 This was actually missing from the park, except that I caught snippets of it in the small theatre. Pangzi by now was tired and refused to leave the comfort of the theatre. I had to pull him out by the ear. There were also stations at the park that did not fit into any AngryBirds era or game play. For example, the electronic soccer board had us pit against each other to see who could hit the ball harder. Needless to say, Pangzi didn’t win.

Back in Singapore, his classmates learnt about his trip and drooled in envy.

But of course. Anything for the little one. 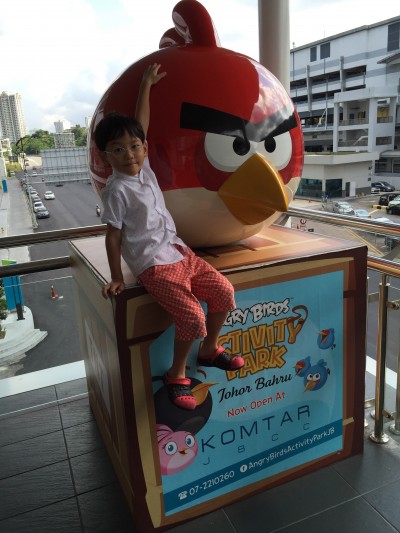 “AngryBirds have wimps to help them fly”?! OMG! You are hilarious! 🙂

Congrats on the win at the Blog Awards!