I’d do anything for my K-pop idol, so the trip to the Jeju car museum was some collateral damage I didn’t mind.

“I’ll take you to the World Automobile Jeju Museum on one condition,” I told Pangzi. “You’ll follow me quietly on my idol trail the rest of the stay, understand?” “It means wherever Taeyeon has visited during her MV shoot in Jeju, we’ll go, understand?” 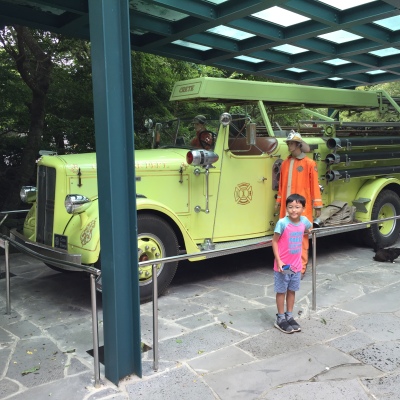 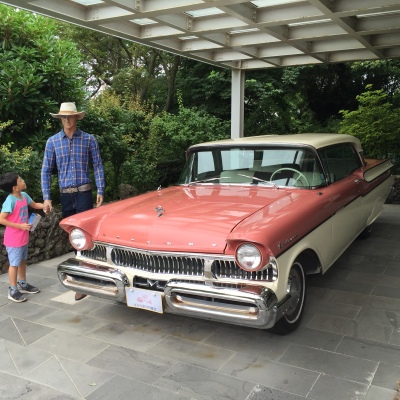 Not sure if he really understood, but I knew too well that he’d also do anything to set foot on the Jeju car museum.

Located southwest of the island, the Jeju car museum was more than an hour’s drive from the city area near the airport where we stayed.

Considering Jeju is bigger than Singapore, the long journey is not exactly a put off, and in fact many of the island’s attractions are some distance away.

I was just concerned if spending too much time on the Jeju car museum alone would compromise my meticulously planned idol trail. 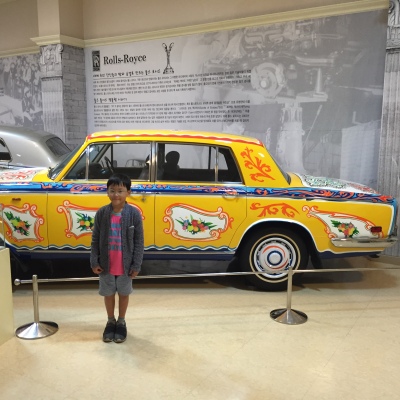 “Daddy, look at these vintage cars!” Pangzi said excitedly as we entered the Jeju car museum. “We’re gonna have a lot of fun here the whole day…”

That got me worried. 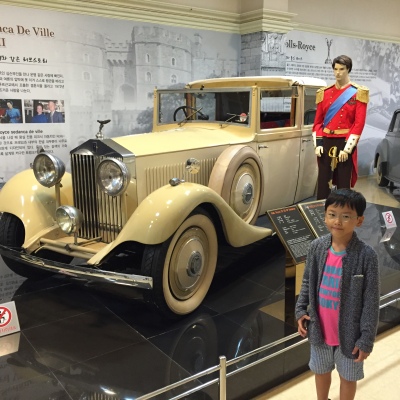 I thought we’d seen it all, but this Jeju car museum seemed to top the rest. Good news for him, bad for me.

There’s not just variety but also quality, with cars ranging from the rare to the cute and colourful. 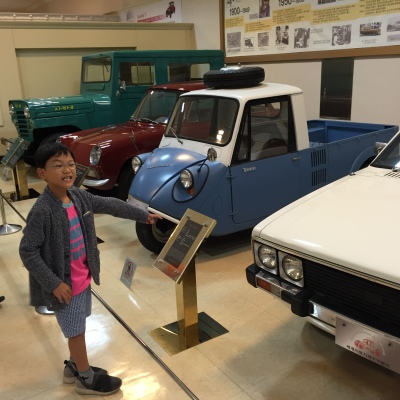 If the outdoor segment was interesting, the indoor collection was immaculate.

I almost had to remind myself that the Jeju car museum was but a detour. More important matters awaited. 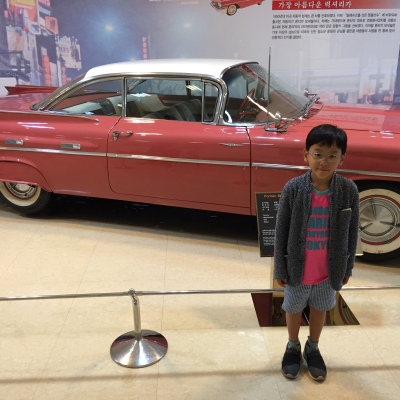 “Daddy, wow, I’m very impressed by this one.”

“Because it’s older than you!” 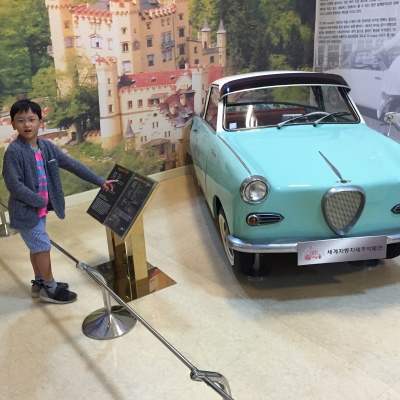 Pangzi went on to play museum guide, telling me all the factoids of the cars on display as he read off the stands.

I did my utmost best to look attentive, when my heart was already by the beach where my SNSD lead sang and sipped mineral water. I’ve never seen anyone sip mineral water more gracefully. 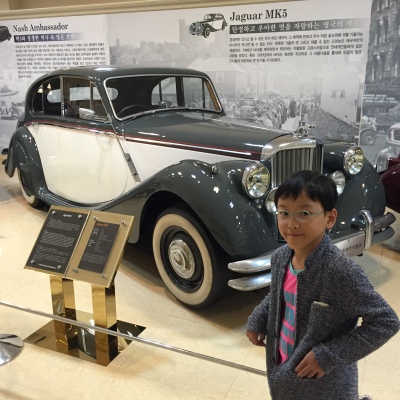 “Daddy, check out this Jaguar!” Pangzi gushed, snapping me back to reality.

“It actually runs slower than you…”

One more ageist joke and you’re out of here, understand? 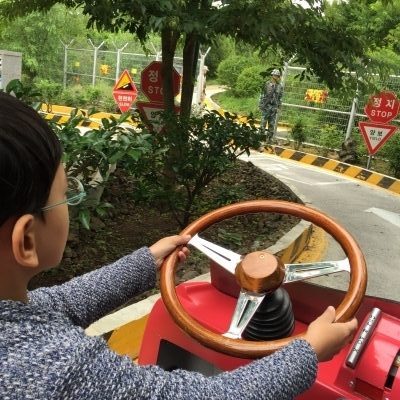 The Jeju car museum saved the best for last. A final experience area allowed kids a ride on a mini vintage car around the perimeter of the building.

“Woohoo, I’ve always wanted to do this. Can we come again tomorrow, daddy?”

As one fantasy was fulfilled, another died.