The idea of visiting Hutt Lagoon came about when Pangzi refused to wear his new pink polo tee. 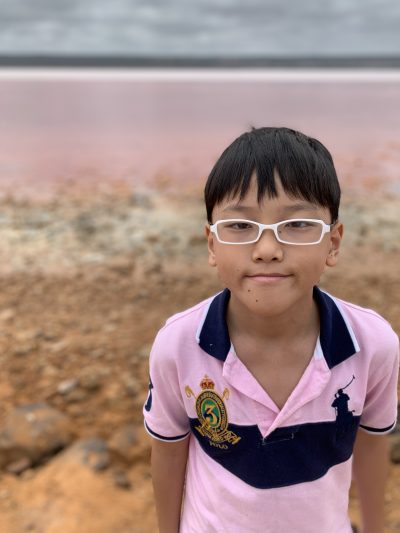 “Pink anything is for girls!” he began.

“Who told you so?” I reasoned. “It’s such a beautiful colour.”

“But daddy, in school only the girls wear pink panties!”

“How do you know? And if the boys also wear pink panties, something is very wrong with your school.” 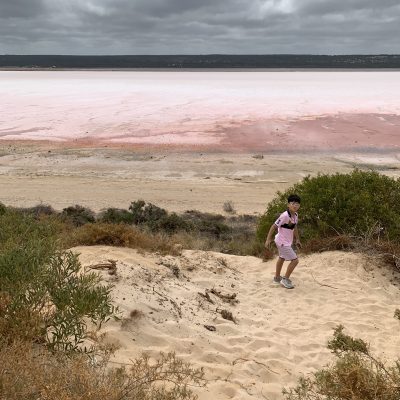 To nip gender stereotypes in the bud, I decided a trip to Hutt Lagoon was inevitable.

Hutt Lagoon is a pink lake in Western Australia that defies logical explanation.

The entire lake is an awesome shade of pink and looks like the result of some giant spilling Slurpee into it. The surrounding bodies of water are simply not the same colour. 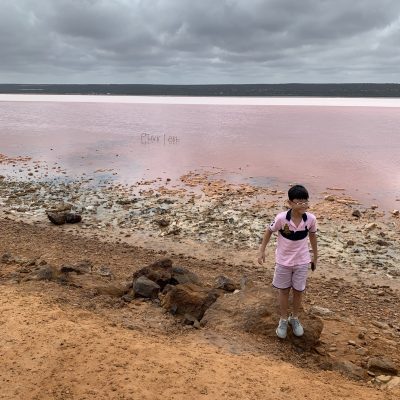 It was not exactly easy to reach Hutt Lagoon. We had to stay a night at the nearest small town Geraldton, otherwise the drive from Perth would have been five hours nonstop.

On the map it had seemed a straightforward route, but Hutt Lagoon was so remote that at one point my phone lost the signal – and I got there by pure instinct without the help of GPS. 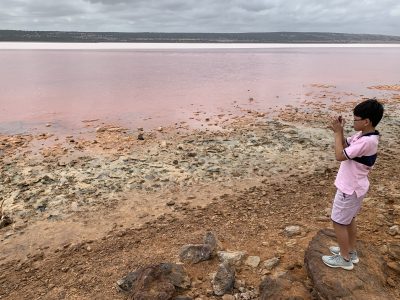 Once there, the inconvenience was soon but forgotten. Hutt Lagoon in all its pink glory was a mesmerising sight.

Even Pangzi stopped complaining and went down to take selfies. 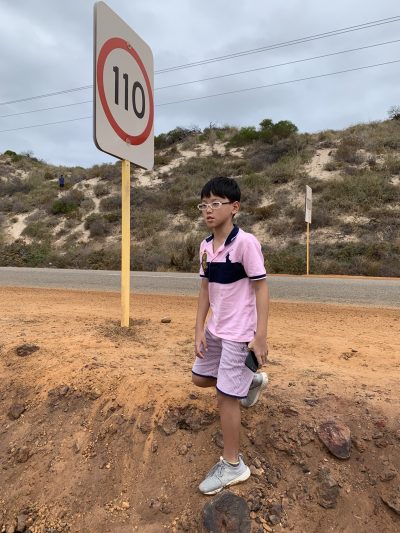 It turned out we were not the only ones crazy enough to make the extended detour.

Some Taiwanese lady arrived in bridal gown. Her companions were busy photographing her against the pink backdrop. Curiously I didn’t see the groom at all.

Another old Russian man came to Hutt Lagoon and didn’t take any pictures. Instead he knelt at the edge of the water and appeared to be performing some ancient ritual. 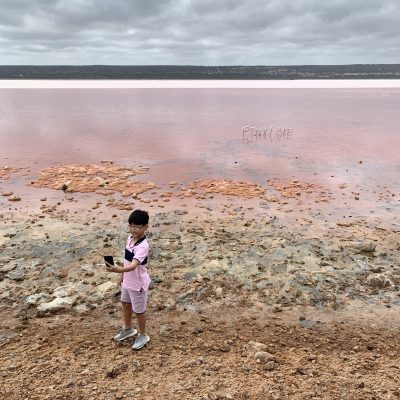 That spooked Pangzi. “Will some radioactive pink monster surface and eat us all?”

“Nonsense,” I said. “Hutt Lagoon is pink only because it contains a certain kind of bacteria. It’s otherwise completely harmless.” 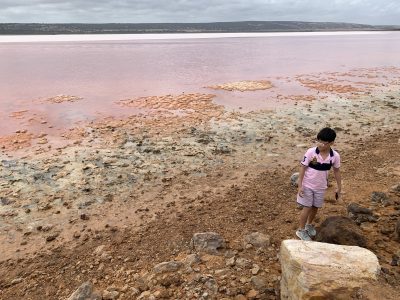 “Daddy, can I not wear this shirt again when I get home? Pink really looks better on panties.” 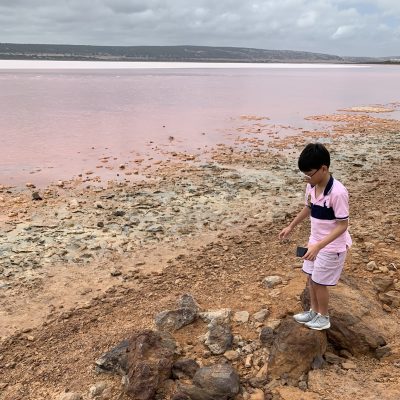 Pangzi kept quiet the rest of the way back. I think he’ll obediently keep the pink shirt if he wants to keep other secrets.