Need for speed at EF Park

“Daddy, is it true electric cars are slow that’s why you don’t see many on the road?” Pangzi observed one day. Well, he hasn’t seen an electric go-kart! 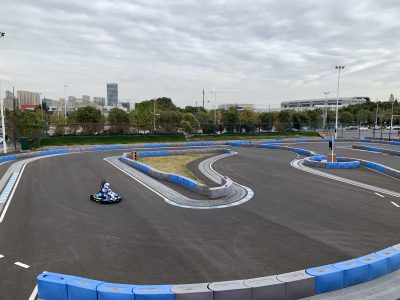 “We’re going to EF Park where you’ll get to see me speeding down the race track,” I announced. “Then you tell me whether an electric car is slow.”

“EF Park is a racing circuit using electric go-karts instead of conventional ones running on gas engines,” I explained.

“Electric go-karts are energy efficient, low maintenance and don’t give out exhaust fumes,” I went on. “Hence they are more environmentally friendly, like electric cars.” 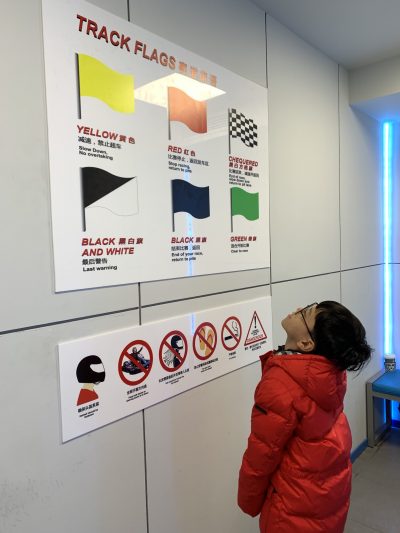 “I don’t think kids are allowed to. But I can let you watch me and clap,” I offered generously. 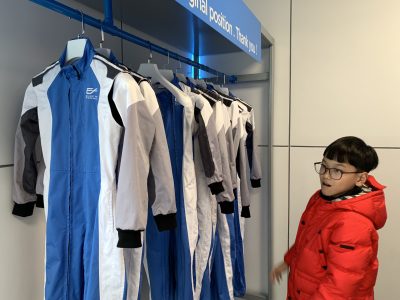 EF Park is located within an hour from Shanghai city centre, accessible best by Didi.

It is pretty new, and is said to be originally from Paris, a breath of fresh air literally. 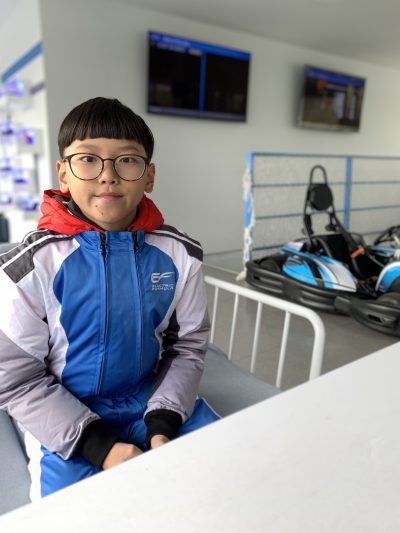 When we arrived at EF Park, the receptionist had news for Pangzi. 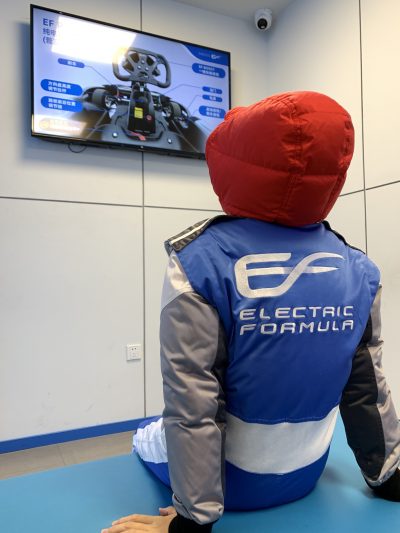 So Pangzi suited up, underwent a briefing in Chinese, and waited for his turn to vroom like Vettel. 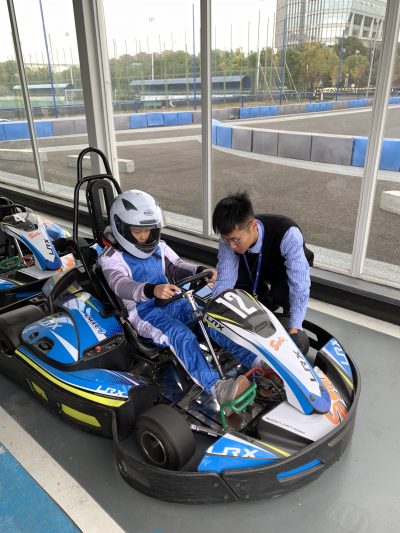 The kids track, as it turned out, was nothing but a mini course that ran in circles. 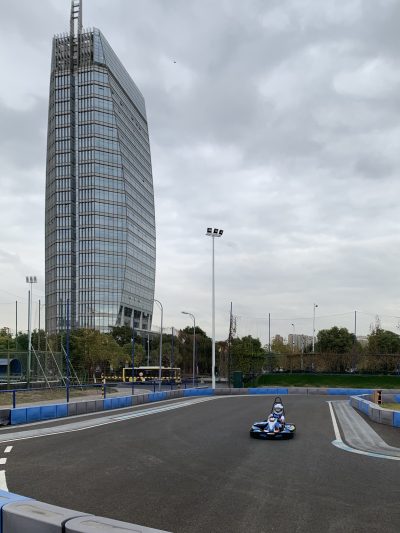 Pangzi’s 8min was up in a flash. I sent him up to wait at the cafe while I took my turn at the real thing.

The circuit presented the usual nooks and hooks, and my heart was in my mouth as I dashed past the finishing line. 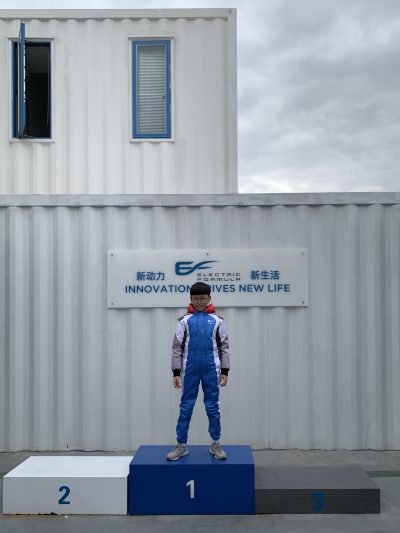 “Did you see that? Whoooooosh!”

“Yeah,” Pangzi yawned. “But if electric cars can be that fast, why are we not seeing more of them?” 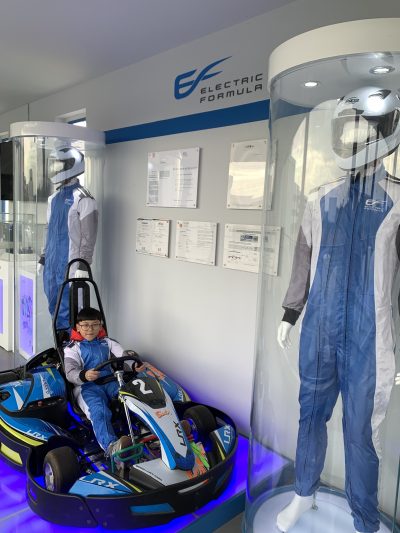 “Well, China is committed to put 80 million electric cars on the road by 2030,” I said. “Now it’s up to the rest of the world to act for a greener future.”

Pangzi seemed satisfied with his time at EF Park.

Then came the inevitable question: “Daddy, when are we getting a Tesla?” 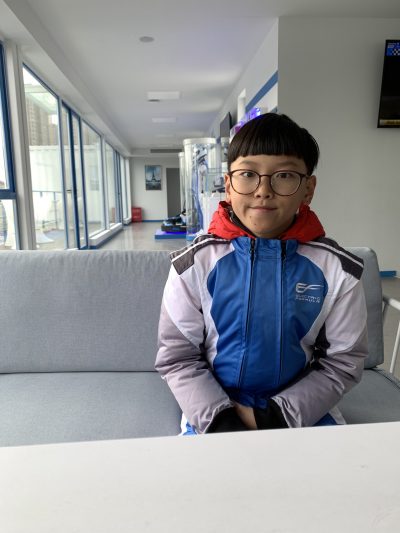