A feast at the ostrich farm

The Desaru Ostrich Farm was so far removed from the Desaru beach that I wonder how it got its name. I only went there because I had to give Pangzi a reason for following me to Desaru over the weekend.

“Daddy, is there a TV in the hotel? I don’t want to miss Hull City,” Pangzi pleaded.

“I’ll show you something similar. Near the hotel there’s an ostrich farm. We’re gonna eat some ostriches,” I said.

“Don’t you think animals in an ostrich farm run like headless chicken? I’m sure they taste the same too. Nevermind. In this household, no one is allowed to support any team other than Liverpool!” 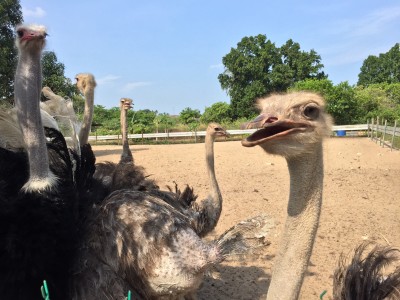 As mentioned, the ostrich farm is anything but near. It is situated at the southeast-most tip of the Malaysian peninsula, where you actually can see some Indonesian islands across.

The drive from the hotel took some 45 minutes. And that’s one way. We reached the ostrich farm grumpy and hungry, with our necks stretched unusually long… basically looking like ostriches ourselves.

A guide took us around, proudly declaring there were over 200 ostriches at the farm. 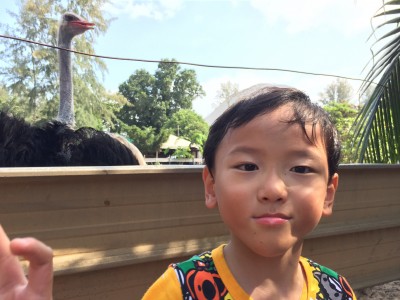 “We came all the way here just to see 200?” I asked angrily. The guide either didn’t hear, or ignored my question.

“Can they fly?” Pangzi chipped in.

The guide laughed, and shook his head.

“We came all the way here and you say they can’t fly?” I asked, this time angrier. It brought out a diplomatic shrug, as the guide went on to explain the gentle nature of the herbivorous ostrich.

Just because they don’t eat meat doesn’t mean we’re not eating them.

So Pangzi gingerly stood beside one, and posed for a photo.

“See? Very safe. Won’t bite,” the guide said. He had just completed his sentence when the ostrich decided to peck him on his arm. “OUCH!”

We laughed for three minutes. 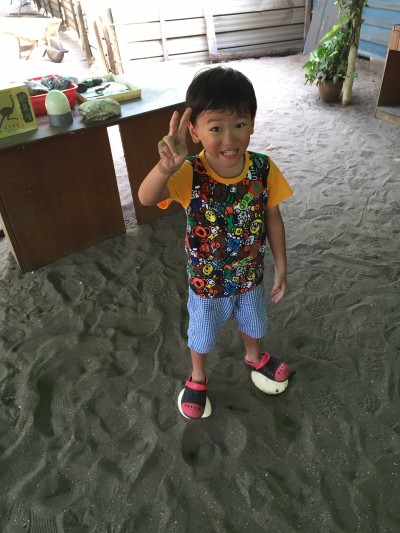 A baby ostrich could grow to its full height after only two months. It meant a lot of meat would be available very early!

Before leaving, Pangzi was invited to stand on a pair of ostrich eggs. They didn’t break. I wonder how we could eat them then. 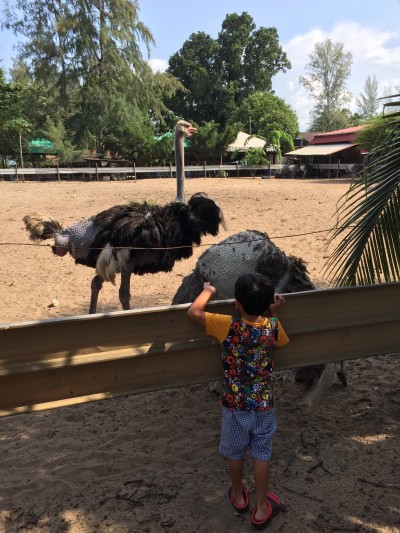 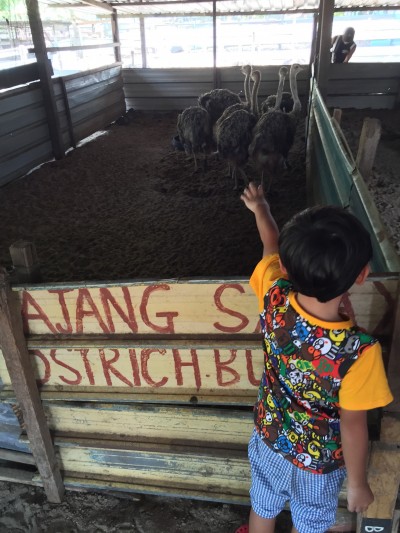 They were selling ostrich satay at the door. However, it didn’t feel right to try somehow, especially when we were playing with them moments before. 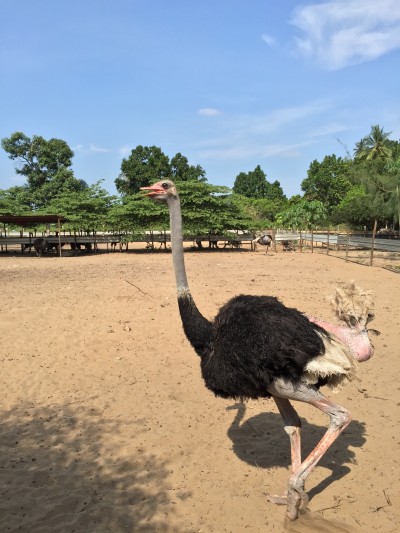