Pangzi struggled to understand why we were going to the Boh Tea Centre at Cameron Highlands initially. 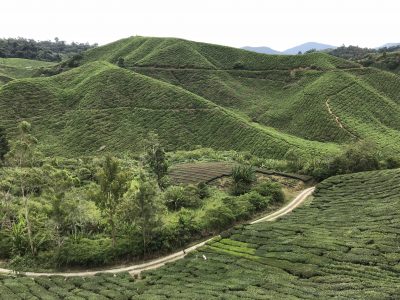 “I’ve got a new toy,” I started to explain half-heartedly, “which works only in suitable places, like the Boh Tea Centre.”

“It’s a drone. It flies off. It takes pictures. It flies back.”

“You mean like Iron Man? I can’t wait to play!” 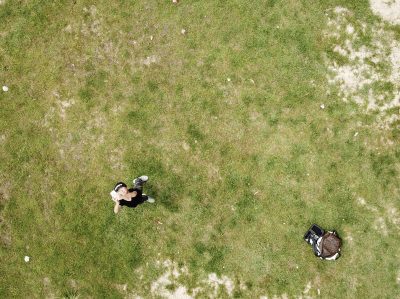 “Did I say it’s for you?” I quickly corrected him. “I borrowed it for ME.”

“There are too many no-fly zones in Singapore. I need a wide open terrain to test the drone without worrying that someone may shoot it down.” 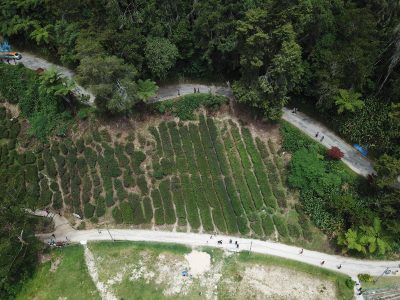 So off we went to the Boh Tea Centre located at Sungai Palas in the tourist area of Brinchang.

The ride up Cameron Highlands itself took two hours, which was bearable, but no one warned me about the stress of navigating a narrow winding road that led to the tea plantations.

Finally after a few scares, including a big bus trying to knock us off the mountain coming from the opposite direction, we arrived at the foot of the Boh Tea Centre.

I wasted no time assembling and setting off the drone… only for it to return feebly after a mere 10min. 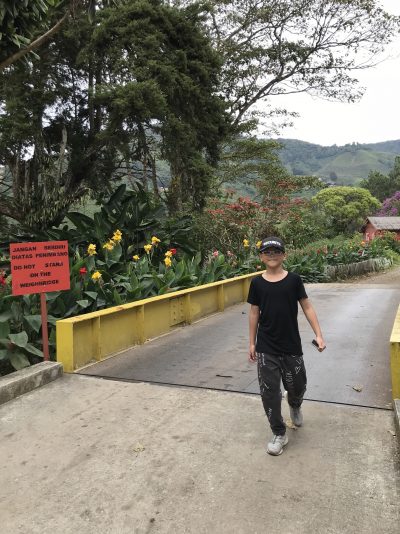 Since we had come all the way there, I thought we might as well explore the venue a bit. 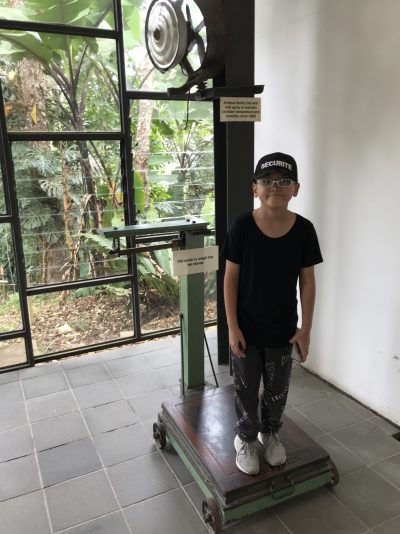 The Boh Tea Centre is actually the showcase of the classic Malaysia tea brand. It houses an overcrowded modern cafe that serves snacks and variations of the tea.

There is also a shop for tea merchandise, and a gallery with visual displays that trace the history of the brand. 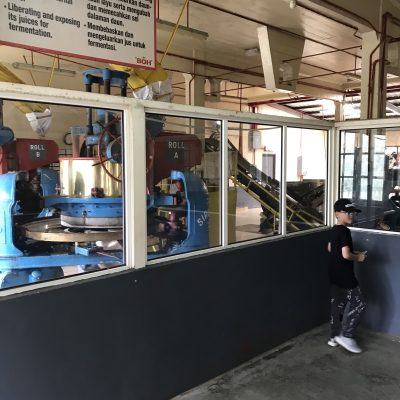 The tea factory is free to visit, but it looks so deserted that I wonder if any tea is really produced here. 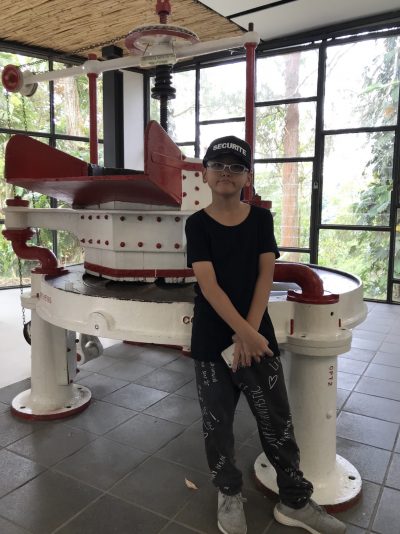 We ran out of things to see rather quickly, and took the same treacherous way back out. 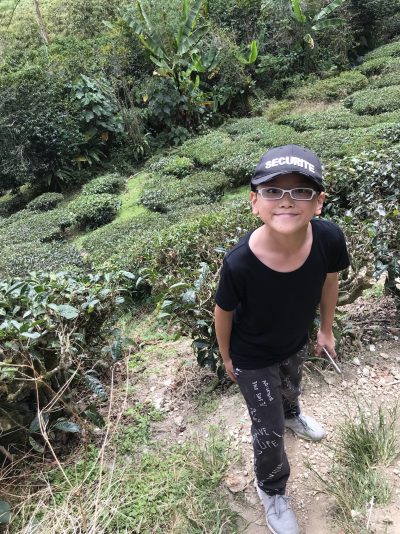 I was still thinking about how wasteful the trip was when Pangzi reminded me: “Daddy, why didn’t you use the spare battery in the drone box?”

Sigh. Something about the high altitude must have impeded common sense.