Bending the truth at Asiatique

No trip to Bangkok is complete without watching a gender bender show, so I thought a visit to Asiatique The Riverfront has to be arranged. “Since when have you become a poet, pretender?” I said. “Anyway, a gender bender show is something like a cabaret.”

“Is that the brand of some chocolate?” he pressed.

“No, cabaret is a kind of performance involving song and dance,” I explained. 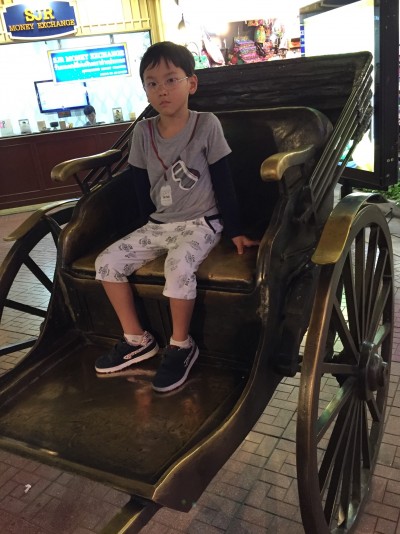 “Something like that. But what makes it unique in Thailand is the cast. Asiatique has a cabaret performing every night, headlined by a stunning troupe of ladyboys.” 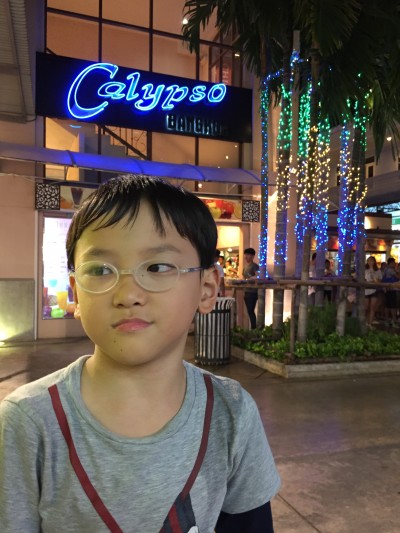 “Erm, you’ll find out when you meet them at Asiatique.” I thought seeing a little skin wouldn’t do him much harm.

“But I want to go to a theme park,” Pangzi protested. “I don’t want to see a ladyboy!”

I thought of a trick. “Do you know a ladyboy is like Aquaman?” 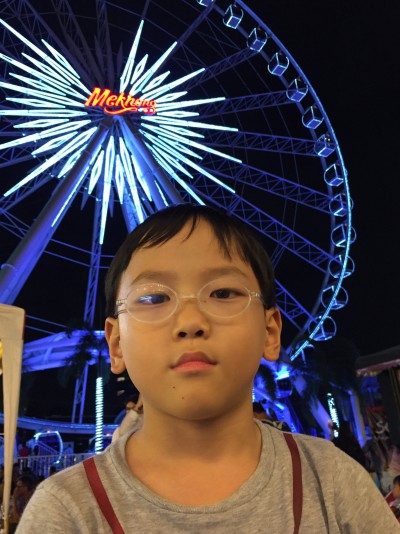 He bought it. So we took the BTS subway to Saphan Taksin station, where a free boat ride ferried us to Asiatique.

Pangzi was distracted by the giant ferris wheel, iconic of Asiatique, illuminating the night sky brilliantly along the Chao Phraya River. I had to remind him that we were there for the cabaret. 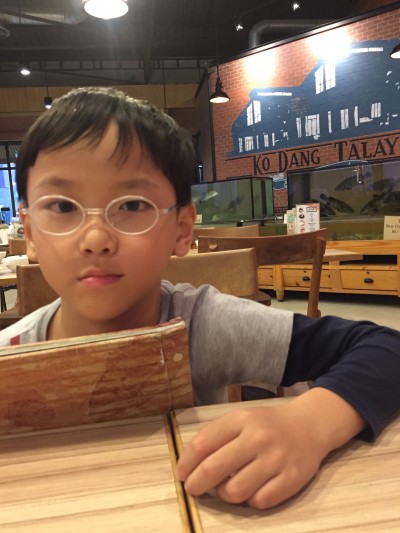 At the cabaret entrance however, we were turned away by the ticket attendant.

“Sorry, no kids,” he said in Thai-accented English. 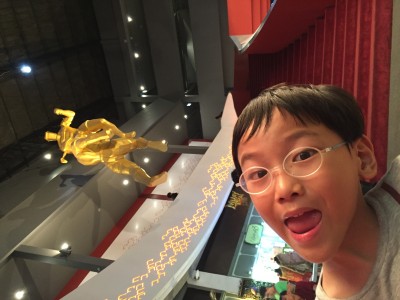 Darn, I should have left Pangzi at the hotel.

Well, the good news was, Asiatique was also a night market, so at least we could do some shopping and eat junk food. 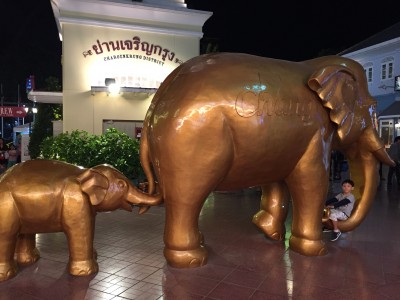 The bad news, as I slowly realised, was Asiatique was no Lumpini. The merchandise peddled was stale and overpriced.

I thought the evening could not get any worse, when Pangzi called out to my attention. 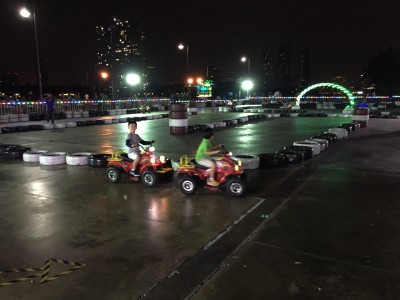 So Asiatique also contained kiddy rides and other carnival favourites.

Soon, Pangzi forgot all about his Aquaman.