After the mind-boggling Sleep No More, the next interactive theatre to hit Shanghai was one based on the kid-friendlier story of Alice in Wonderland. 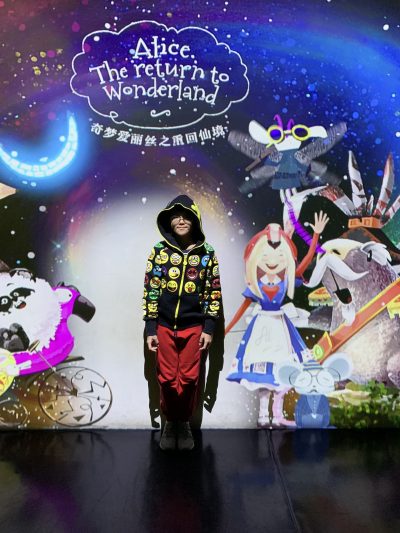 “What’s interactive theatre?” Pangzi asked, unhappy that I was taking him along.

“It’s a new form of immersive theatre that disrupts traditional play. You don’t sit back and watch, but follow the actors around to uncover the story. Isn’t that cool?” I explained enthusiastically. 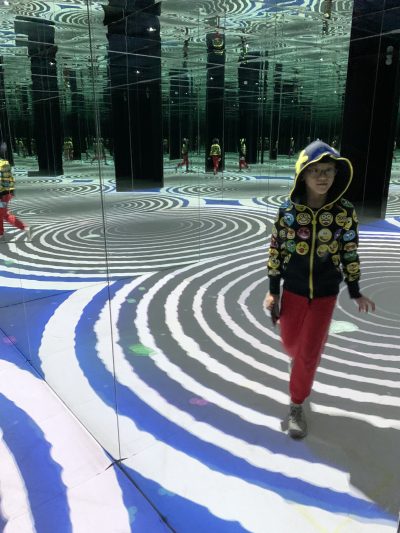 “You mean you can interact with the actors? Take selfies with them?”

“Unfortunately no. They’ll lock your mobile phones away before you enter the Alice Underground theatre, so that you can focus on the storytelling.” 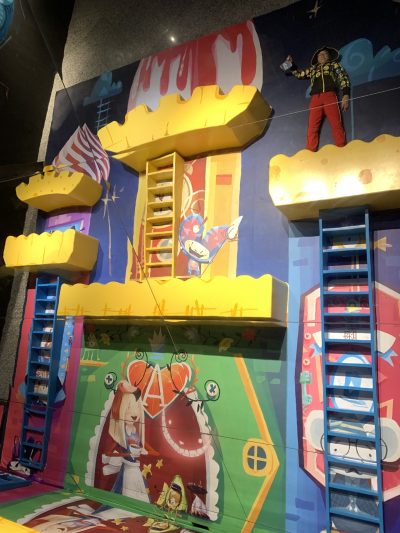 “But daddy, I know nothing about Alice Underground. How do I follow what’s going on?”

“That’s okay. First I’ll take you to Alice – The Return to Wonderland at the Oriental Pearl Tower. That will give you a crash course, and you can take all the photos you want of the displays.” Alice Underground is housed in a large complex located within Daning Park.

The story starts with the audience literally following the actors through the rabbit hole, and then given the option to take the black or red door.

“Daddy, why do we have to choose?”

“That’s how Alice Underground works. The plot is unfolded in multiple storylines.”

We took the black door and spent the rest of the time wondering what was happening on the red side. 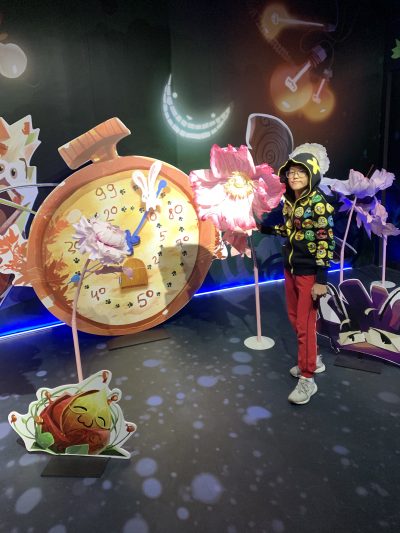 On our end, we saw a number of scenes that included Humpty Dumpty, Cheshire Cat and the evil Queen of Hearts, who took interactive too far and tried to seduce me.

Before long we arrived at the final stage where Alice burst out of a giant birthday cake at a party. She tried her best to sing as she pranced around the long table. 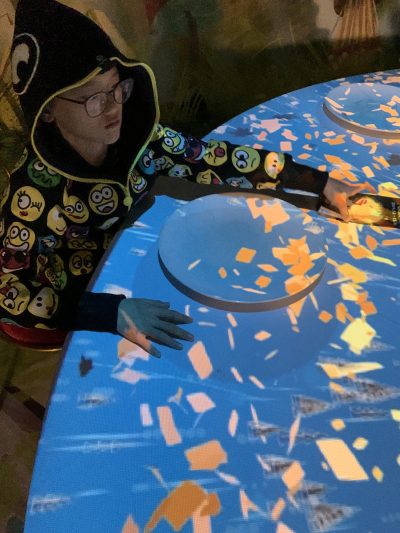 We knew that was the end when we were joined for tea by the rest of the audience who earlier took the other route.

Yeah, I felt cheated. The tickets were not cheap. Alice Underground was just a kid’s tale that took an hour at best to deliver. I remember spending the entire evening exploring the sophisticated five-storey mansion of Sleep No More. 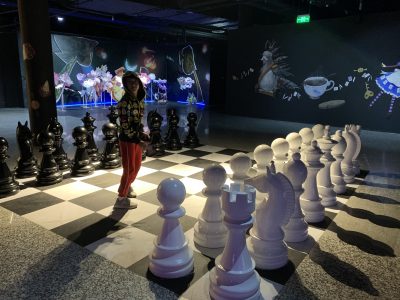 “Why don’t we buy another ticket and explore the red passage?” Pangzi said helpfully.

All pictures were from Alice – The Return to Wonderland at Oriental Pearl Tower, ongoing till end 2019.