Woodlands Waterfront, just a swim away from grimmer pastures

We all know that babies are natural swimmers, having spent all their time underwater before being born. So if you throw them into the water off Woodlands Waterfront, will they easily end up in Johor across the causeway?

That was a theory I really wanted to test when Pangzi kept pestering me to go Malaysia. Except that he is now a long way from his swimming days in a tummy. 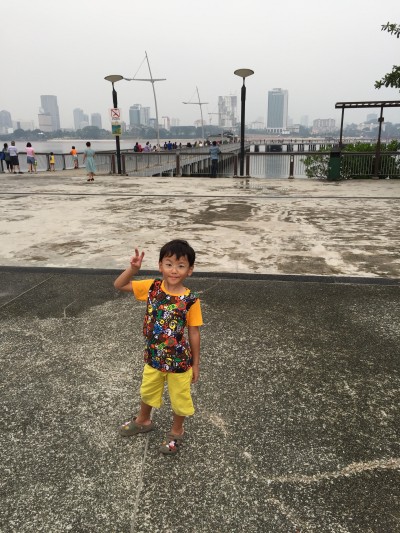 “This is the furthest I’m taking you,” I told him at the Woodlands Waterfront jetty. “You can either play here or find your own way to the other side.”

Pangzi considered his options. There was a giant climbing structure at Woodlands Waterfront, which was rather unique. You need to get past a few ropes before reaching the top. Once up there, you can walk across a bridge and get back down manoeuvring more ropes. 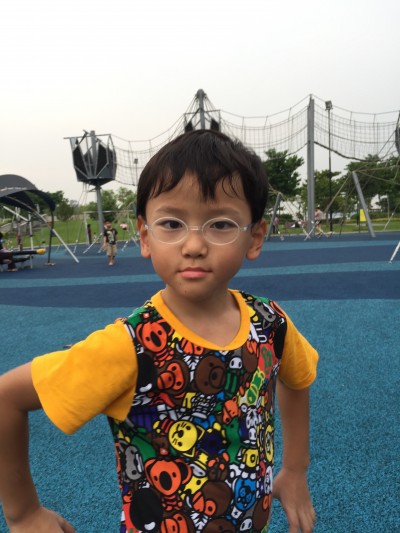 “I’ll do this first… but I still want to go to Malaysia!” he declared.

We’ll see about that, especially after you tire yourself out up and down this monstrous structure. 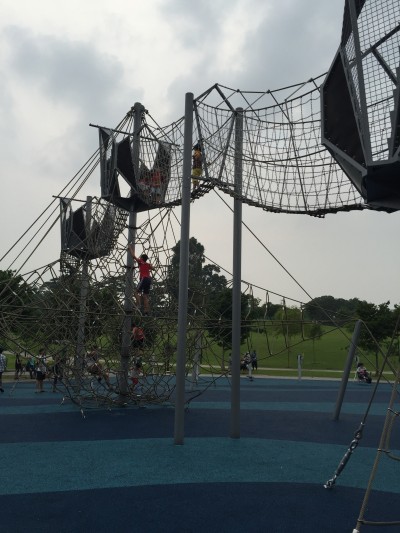 Woodlands Waterfront is located at the northernmost part of Singapore. Not the easiest place to locate, and I remember going past Republic Polytechnic in order to get there. And you know how far out the school is.

If not for Pangzi’s persistence and the fact that there was nothing much else to do on a hot weekend, I’d rob a bank first before agreeing to come here. “If you climb across the bridge five more times, I’ll consider.”

He fell for it. 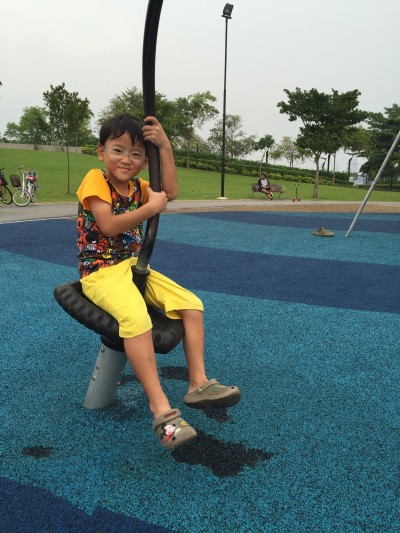 Alas, I spoke too early. When he was bored with all the climbing, he came looking for me once more. This time, I asked him to explore the other stations around the playground.

More spinning wheels and whatnots abound to entertain him. I was rather sure by the time he was finished with them, he would beg me to take him home. 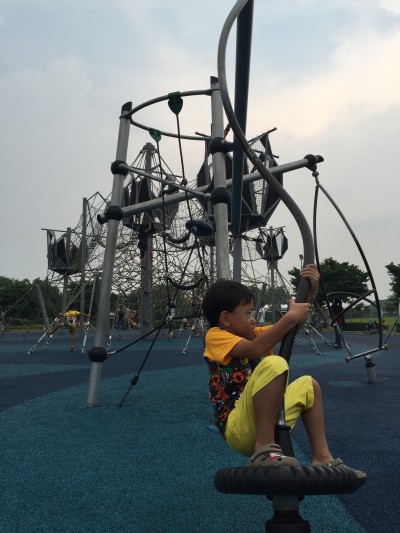 Again, it was not to be. Pangzi emerged more energetic than before, incredibly. As a last resort, I asked him to play at the fitness corner, which was meant more for adults.

With Pangzi showing no signs of slowing down, I gave up finally. 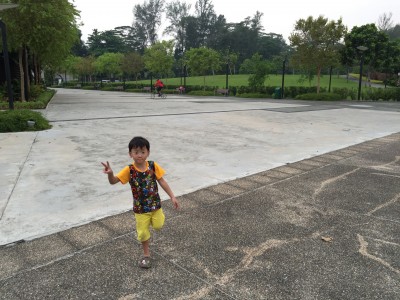 “Daddy, I don’t want to go now. Nothing to do in Malaysia.”

Seems I have accidentally found a gem in Woodlands Waterfront.