Blessed with great genes, Pangzi picks up certain sports pretty fast. His first attempt at bowling was during the inaugural Pedestrian Night, when he knocked down quite a number of people as he barged through Orchard Road.

“Daddy, why no cars?” he asked when we first arrived, finding himself standing on tar.

“Because this is Pedestrian Night. They shut down a portion of Orchard Road every first Saturday of the week so that we can walk on it,” I said.

“But how to walk?” he keenly observed. Indeed, among a sea of visitors, it was always going to be challenging. So, I decided to teach him the game of bowling.

Pangzi took a deep breath, and off he went. One by one, the pedestrians fell, like giant pins.

I was impressed. One day he’s gonna achieve greater things. 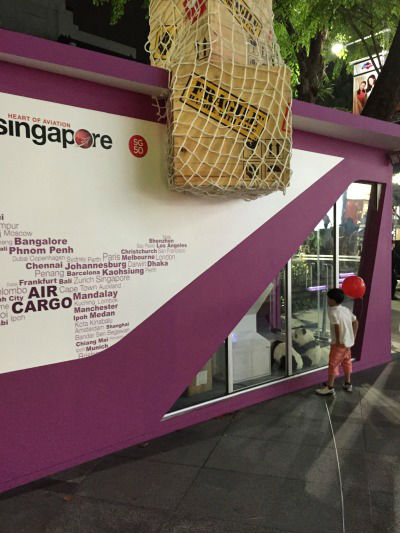 Pedestrian Night is a novel concept in Singapore, although countries like Japan have been doing that forever (think Ginza in Tokyo on Sundays). The trial for Pedestrian Night was supposed to have ended in March, but apparently extended till the end of 2015.

Personally I think it’s a good idea, but it needs to be sustainable beyond the trial. I remember the inaugural Pedestrian Night was cute. Then, they set up mini tennis courts on the road, with young models playing across the nets – a refreshing sight to savour. 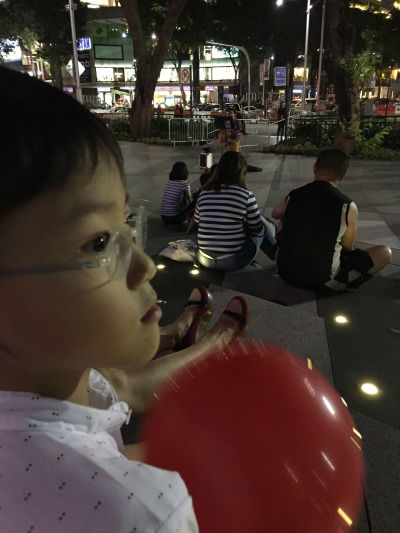 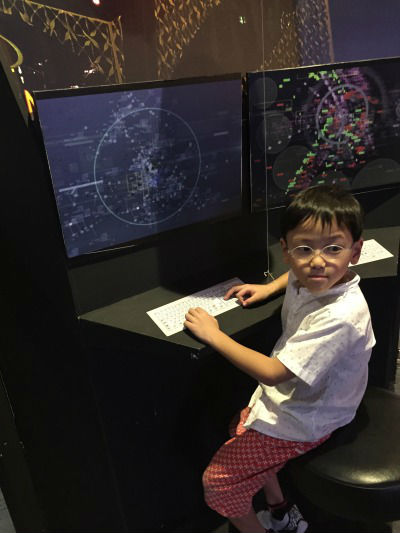 Stalls were peddling games and merchandise. Loudspeakers were blasting music from street performers. A carnival mood was in the air. Visitors were generally cheery although in tropical Singapore it was going to be sweaty even at night.

The second time I took Pangzi to Pedestrian Night though, the crowd had dwindled. There was not much on display, and people could be seen just lazing on the temporary plastic sofas. However, Pangzi did enjoy himself at one of the stations where he became a ball magician. Check out this awesome video:

Inspired by Pangzi’s earlier antics, I came up with a big idea for the event organisers:

Get 10 young lads and chicks to dress up literally as giant bowling pins to walk through the crowd. Every 15min or so, line them up and have a giant bowling ball run into them. Then everyone dramatically tumbles.

Sure way to induce lots of fun and laughter. It should help bring back the event spirit.

ORBA, are you listening? 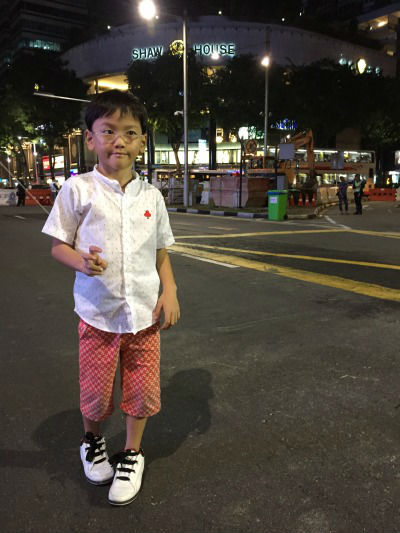 Finally, we came to the edge of Orchard Road in front of CK Tang. Strangely, Pangzi started to walk a few steps, then took a few steps backward. This went on for a while.

“What do you think you’re doing?” I snapped impatiently.

It was then that I realised where we were standing – right under the ERP gantry.