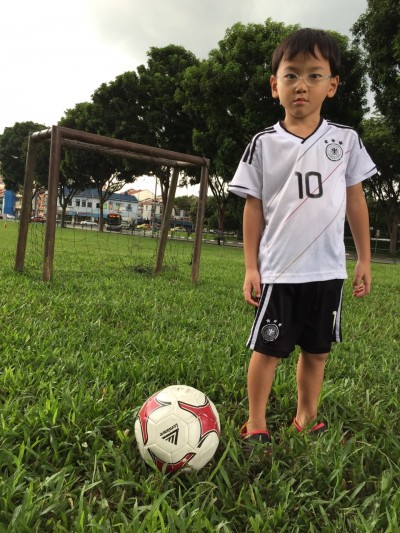 We ended up at Boon Keng for kicks, but it all started when two neighbours one floor below came knocking on my door at 10.30pm.

“Excuse me, but we are wondering why we hear very heavy thuds at this hour every day for the past week,” neighbour 1 said. “Frankly it is affecting our rest.”

Standing behind further was neighbour 2 with a sinister look, hiding something from my view. I was concerned it could be a knife or a bag of cockroaches.

So no more practising of football at home for Pangzi, who was just beginning to like the game. To satisfy his ball urges, I put him on one of those trial soccer classes, before I discovered Boon Keng. This one involved a bunch of kids his age who knew nothing more than swinging a foot against the ball, hoping that it would fly somewhere. 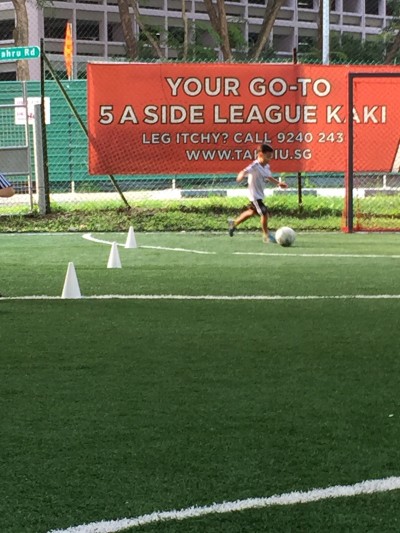 It was rather enjoyable for Pangzi, except that he always had trouble identifying which side of the field his goal was. The lesson was held on synthetic grass, and safe. I was worried more for the others when he went charging in. I had taught him well at home. 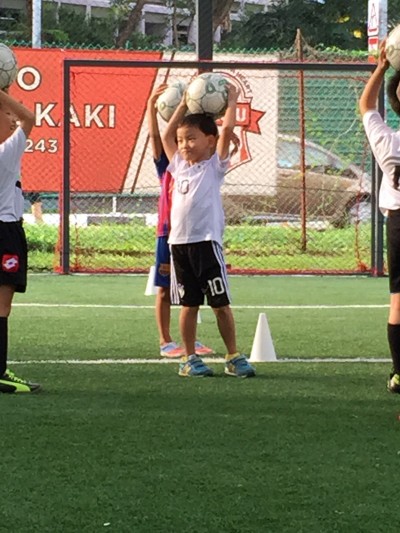 Pangzi plays eagerly with a combination of his hands and feet. His idol on TV is the Hull City goalkeeper. I always have a hard time telling him that only goalies can handle the ball. 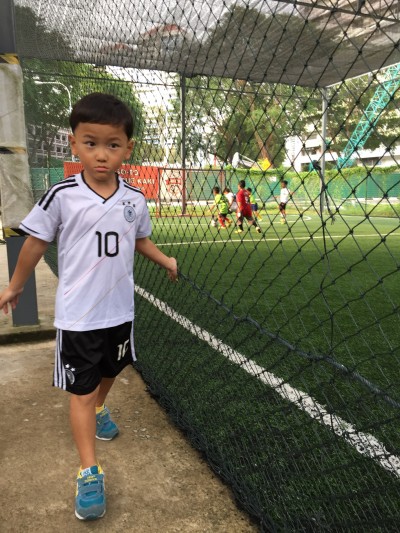 Today, he had more reason to impress. There was this cute girl in his class who came for the lesson too. 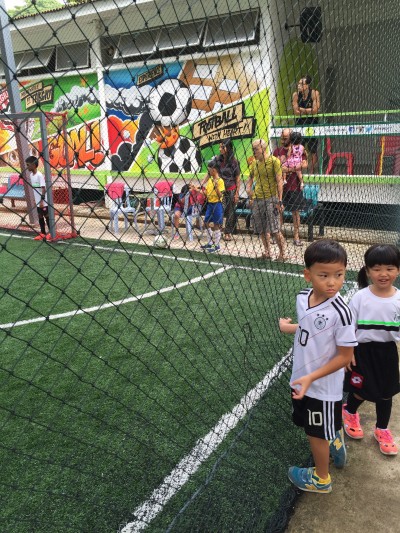 The coach made the kids play one-on-one. Pangzi went past his opponent rather easily because he started before the whistle went off, on my fine advice.

After putting the ball into the net, he went straight to the girl to hug her in celebration.

The trial was all good but for one problem: the exorbitant fees. Apparently, they thought kids had started to print their own money. 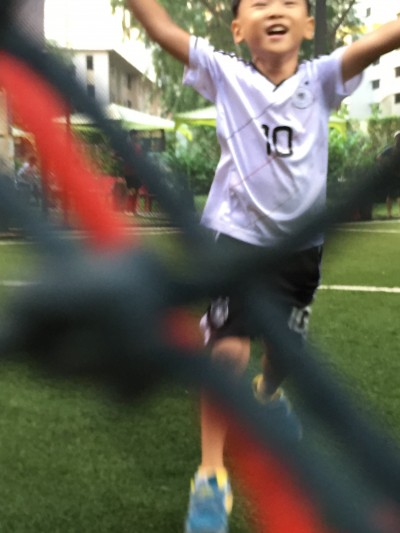 I had to break the bad news to Pangzi.

“But I like football, daddy. Why can’t I continue?” he pleaded.

“Well, you can still see your classmate in school, can’t you?” I said.

In truth, I’m still considering if it’s worth the trouble. Until then, I’ve identified a free open field beside Boon Keng MRT that Pangzi can go for practising penalties.

The Boon Keng field seems to be an ideal location. It is quite near town, and almost always not in use.

Maybe I should invite his cute classmate to go down to Boon Keng with him one day.