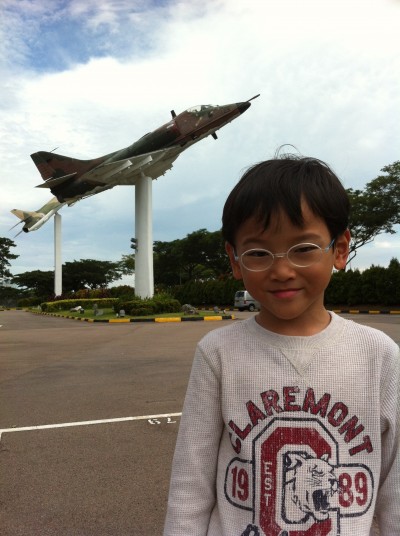 “Daddy, when are we going overseas again?” asked Pangzi one hot day.

“When you make enough money, we’ll tour the world, okay?” I said, really looking forward to that day.

Sigh. There was only one place to take him without leaving Singapore: the obscure Air Force Museum. The Republic of Singapore Air Force Museum was one mysterious place, tucked somewhere off Paya Lebar. I promised him he would see plenty of aircraft there, but didn’t plan for what he eventually witnessed.

It was like 40 degree Celsius in the afternoon, and no amount of SK-II was going to make my pretty face white again.

“SK what?” Pangzi asked. I didn’t realise I was lamenting aloud. 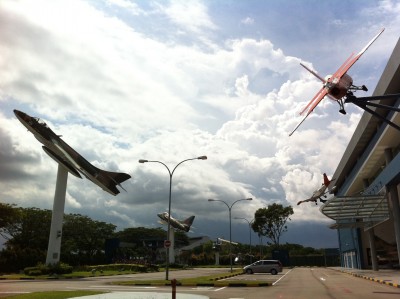 The Air Force Museum was hiding at a godforsaken part of the island. We had to hit the KPE (how many times do you use the KPE in your entire life?) and several deserted streets before locating it.

We weren’t even sure if we’d found the right place because like the streets preceding it, the Air Force Museum seemed deserted. It was free to visit and open even on weekends, so it was natural to expect a crowd. But no, it felt more like a private tour. The sight of military jets lining the open space was scandalous, and invited many Kodak moments (does anyone still remember Kodak?). But wait, something we saw later was even more delicious.

Other than aeroplanes, there were also helicopters and some land fighting machines I couldn’t name. Despite the intolerable heat, Pangzi made it a point to pose against each vehicle. 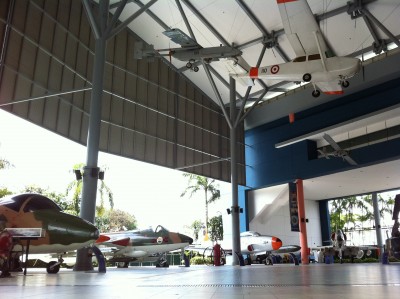 I realised there were more under the shade, and quickly led him inside. This was where it all started.

Now, a young couple had joined us. Literally a hot date for them. What a strange choice of venue. They must have thought they could conduct their affairs quietly under the engines. 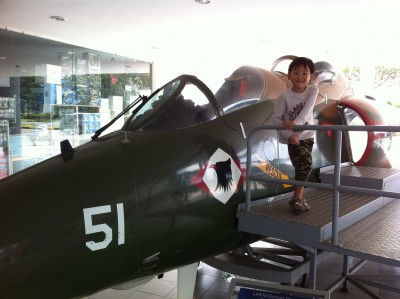 “Daddy, I want to ride!” Pangzi said, momentarily distracting me from the couple’s antics.

“You can’t sit in them, but you may sit ON them,” I said, fully conscious of signs that said DO NOT MOUNT. “Make it quick!” 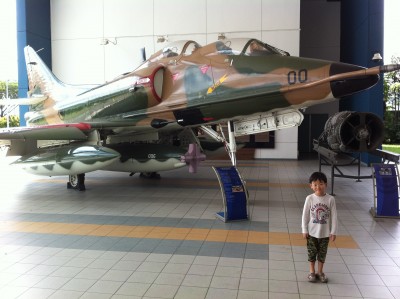 So Pangzi helped himself up the aircraft and pretended to be an unauthorised war hero. 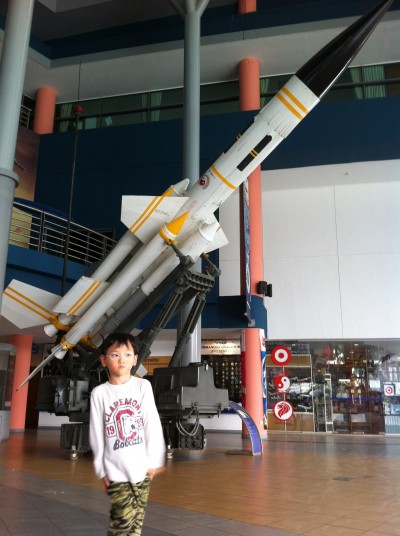 Here’s naughty Pangzi caught on camera. This is still fit for publishing. 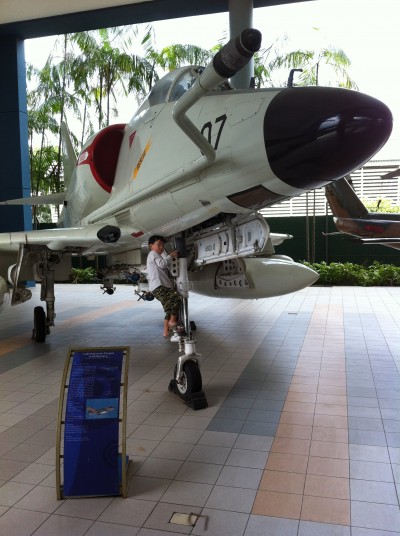 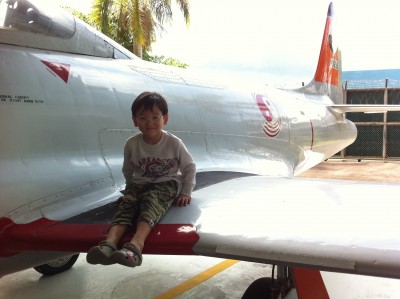 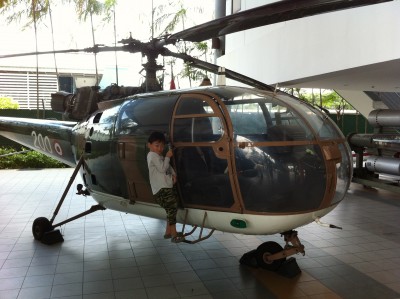 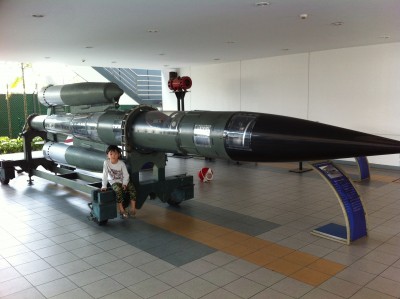 However, he wasn’t the naughtiest around. Ooooh, you should’ve seen the feisty couple and their various poses. Apparently, they didn’t make out the DO NOT MOUNT notices.