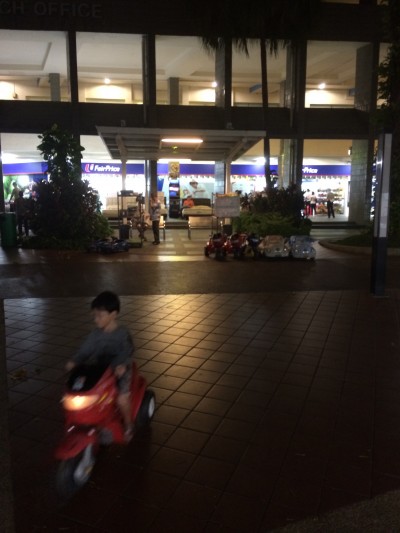 The other evening, I spent $3 for Pangzi to take a 15min spin on a red bike disguised as a car at Bukit Merah Central. I thought it was a small price to pay for wearing him down. Heard motion sickness and heat made the best combination for inducing fatigue in children.

It was still unbelievably hot although the sun had gone home for a while. Maybe it could’ve worked even better if I took him here during daytime to melt in the open space. 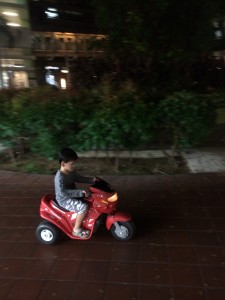 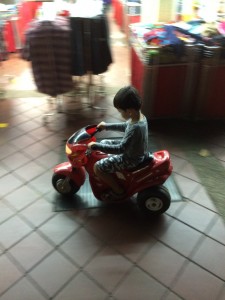 And space was in abundance. The crowd had thinned considerably, so Pangzi had lots of room to manoevre his hybrid vehicle around, and little chance to knock down anyone, which he’d have thoroughly enjoyed.

The last time I saw battery-operated cars for rental must have been some 30 years ago. As a boy I grew up in Queenstown, where we often ate out near the famous and now defunct bowling centre. After dinner, I would ride on one of these cars and start ramming into any unfortunate passerby. It made my parents laugh, so I kept doing it.

I’m glad that the cars have made a comeback at Bukit Merah. At least some family values get passed down. 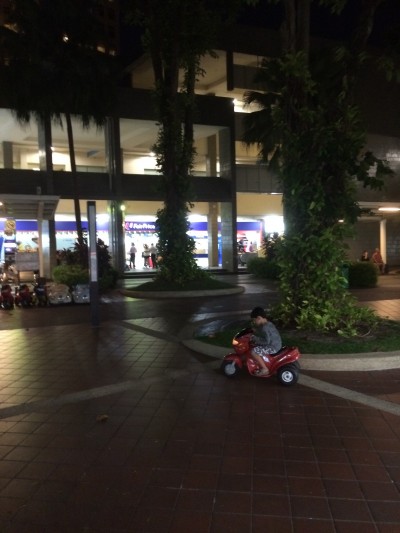 A quarter of an hour on the rental car wasn’t satisfying enough for a kid with smashing ambitions. I ran out of change, so he had to be led away by the ear.

I know I have no choice but to take Pangzi to Bukit Merah again. He needs an outlet to express himself. Perhaps this time we’ll go during the day when there’ll be plenty of people milling around.

He should try to at least avoid the elderly.