Bottoms up at Changi City Point 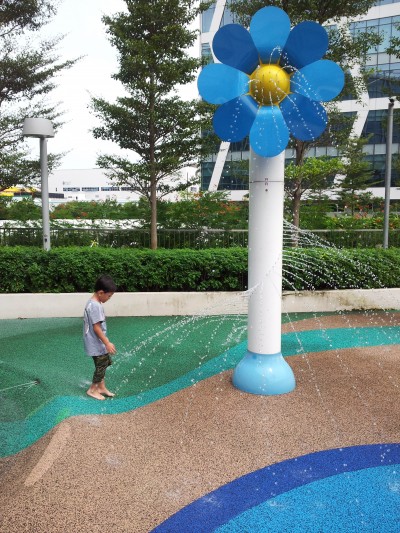 Some mantras can’t be heeded blindly. For example, drink plenty of water. Not very helpful when your child is at a water playground like the one at Changi City Point near Singapore Expo.

Pangzi didn’t get the memo. Despite all my threats, he was determined to turn Changi City Point into dryland when I took him there to escape from the heat.

“You can do whatever you like here. Push the other kids. Pull down their pants. I don’t care. Just don’t put your mouth against the water jets,” I said, pausing for the dramatic before issuing my final “I’m warning you!” line. 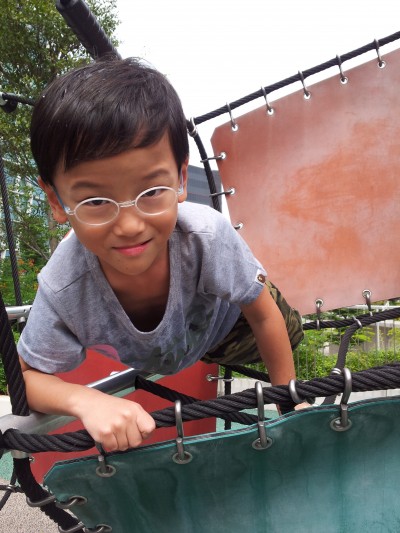 It started rather well, when Pangzi covered the waterless parts of the playground. There was an arch with climbing ropes which sat nicely against the skyline of the business park, from the rooftop of Changi City Point next to the food court. 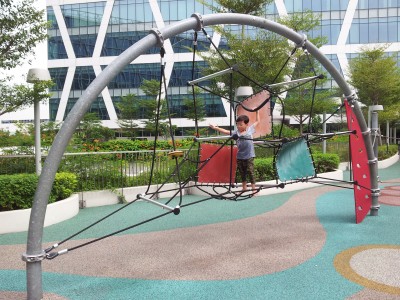 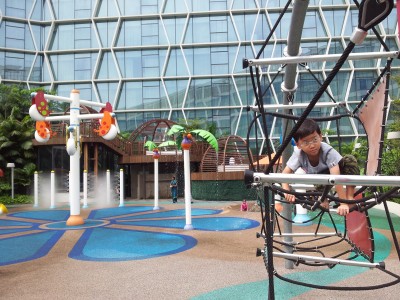 He then entertained himself on other obstacle courses, but I knew it was a matter of time before he moved on to the water features. The sun was harsh, and I could fully understand why the kids would want to soak themselves. 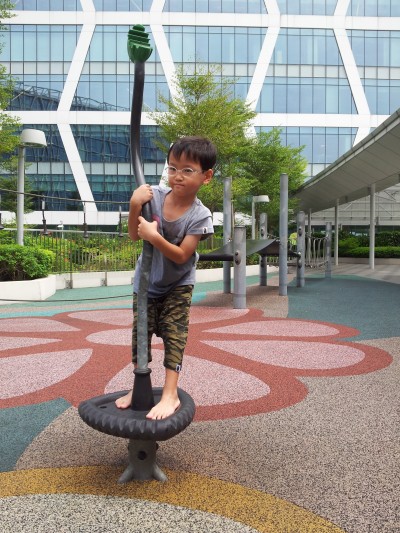 “Can I go swimming now?” he asked. No surprise.

“Remember what I said about the water,” I said with my fiercest expression.

“But I’m thirsty!” he protested. 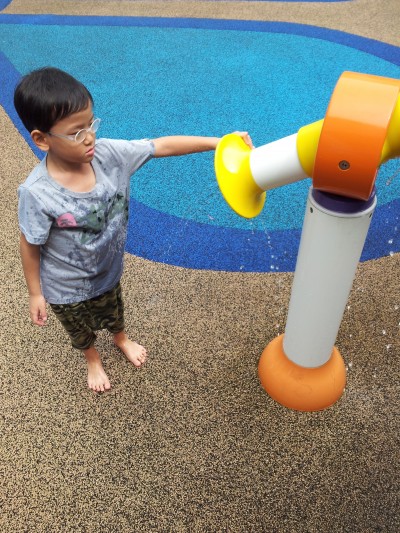 Pangzi tried the water gun, gamely avoiding the water. He was well behaved for all of two minutes. Before I knew it, he was pretending it was a giant urination tool, splashing water all over including onto himself. 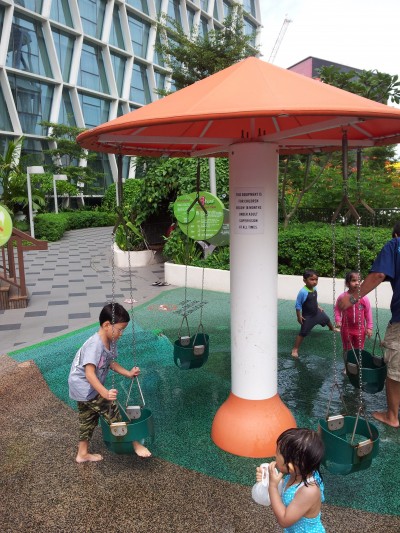 The water carousel was next, something new that I had not seen in other playgrounds so far. Unfortunately it was also meant for tinier kids. Apparently, Pangzi didn’t get the memo again, and was finding every means to squeeze himself into it.

By the time we were ready to leave, he was thoroughly wet. I didn’t know how much water he had drunk at Changi City Point that day, but certainly it was not all from the eateries.

I feared for the worst. True enough the next day, fever struck. He was fortunate to be spared from diarrhoea though.

Once he had recovered, everything was forgotten. “Daddy, I want to go Changi City Point again!”

Yes, over my dead bloated body.