How I made him learn cycling in one day

I’ve decided it’s high time Pangzi pays for his own school fees. His talents thus far have been restricted to sweet talking to female classmates and serenading the impressionable teachers – can’t make money out of that.

Then I came across a cycling challenge organised by a Singapore bank that dangled a handsome cash prize. That would do. The plan was to enrol Pangzi, who’d steamroll the competition on his way to the championship.

The problem: he couldn’t cycle.

Nevermind, not a big issue. With the event just around the corner, all I needed to do was to get him cycling within a week.

No, make it one day.

So I heeded the advice of a celebrity blogger and made my void deck the venue where history would be written.

This was how I succeeded…

For sure, he was going to fall during cycling. Out came the helmet, shin pads and knee guards. Injuries were fine as long as they were not too nasty. 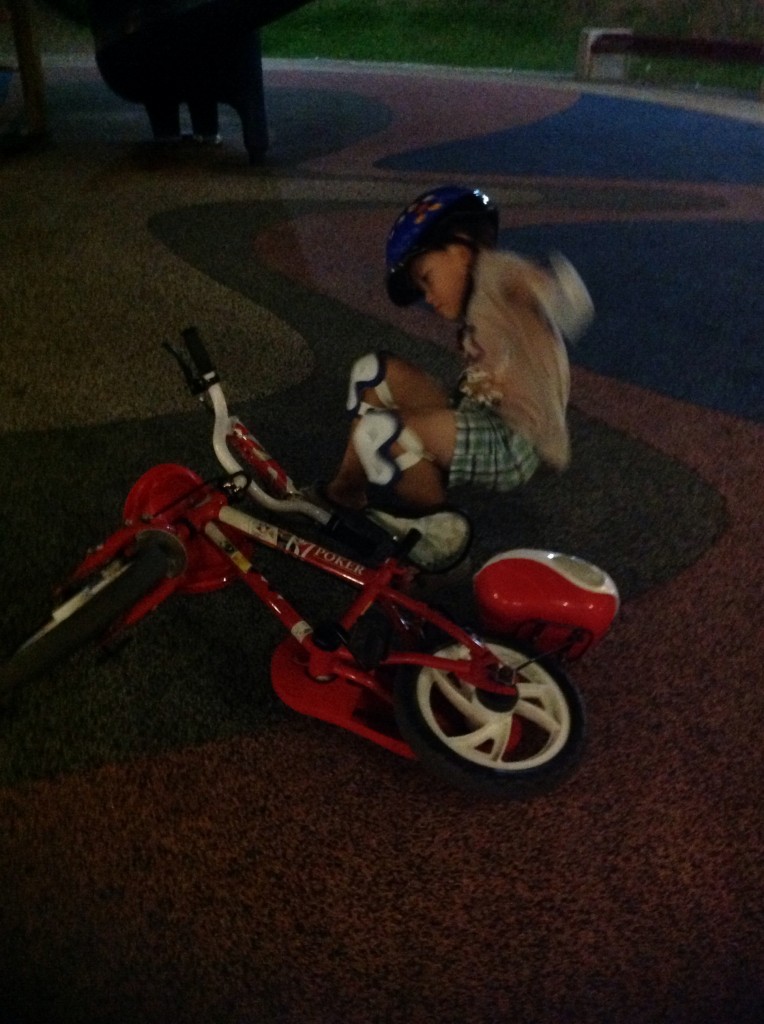 Pangzi was tricked into thinking he was going to get a new bike once he learnt cycling. After trying non-stop for two hours, he couldn’t take it anymore.

“Sure, but not before you master it.” 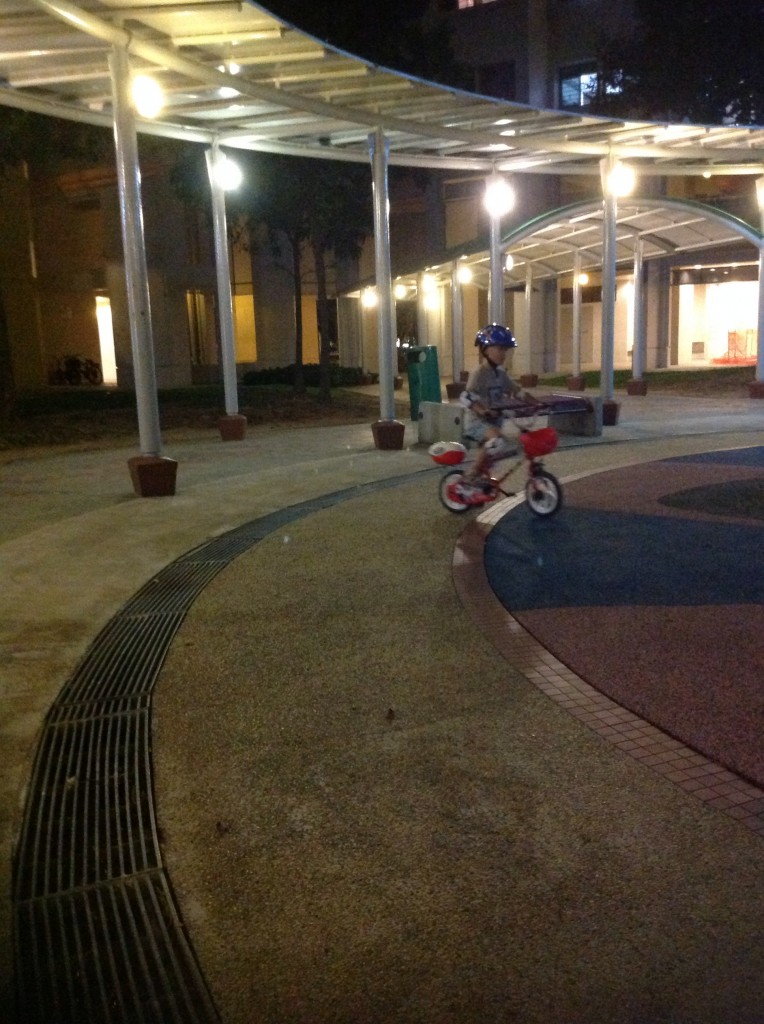 “Marvellous. Now do three rounds without falling and we’ll call it a day.”

Just as he entered his third lap, Pangzi somehow always managed to screw up. It took him many tries later to complete the course.

In my best encouraging voice, I said, “Good job. Now do five rounds.” 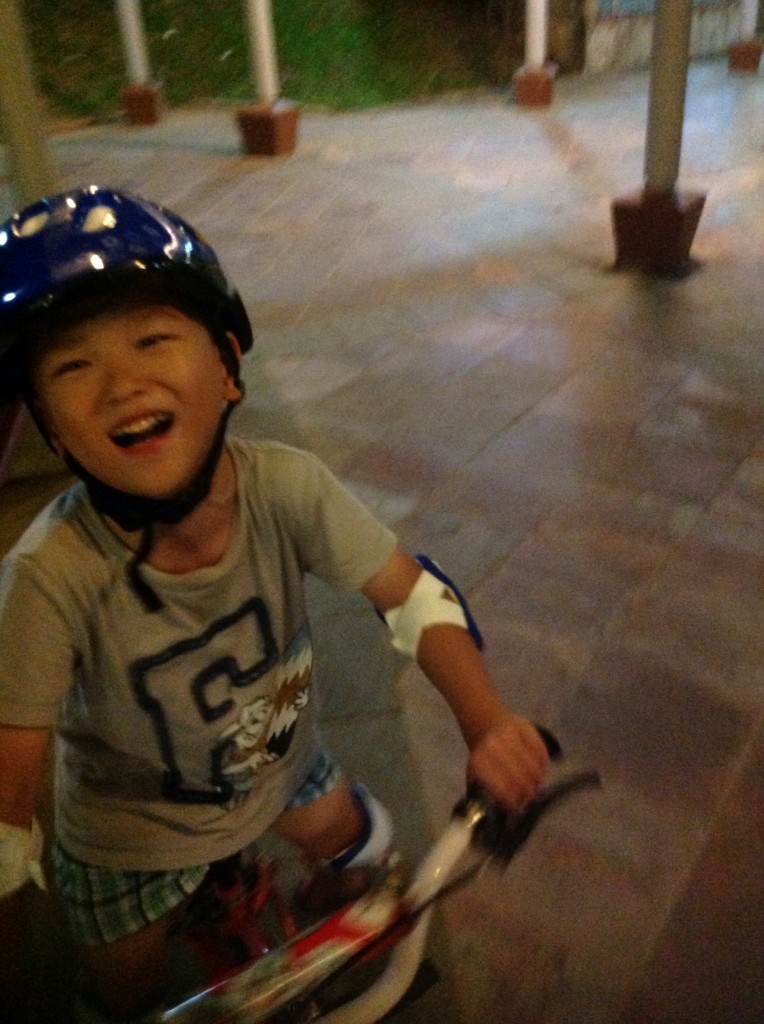 There you go, video evidence of his cycling accomplishment below. It really can be done in a day.

Later at home I noticed a big bruise on his left thigh. I don’t know. All I can see is the colour of the money that he’s bringing in.