A great idea popped up when I heard Westgate in Singapore had newly opened its Kids Club on Level 5, above the outdoor playground.

I’d take Pangzi there, trap him for two hours while I hit the mall, before returning in time to pick him up and put him straight to bed.

Until they stopped me at registration and prevented me from leaving. 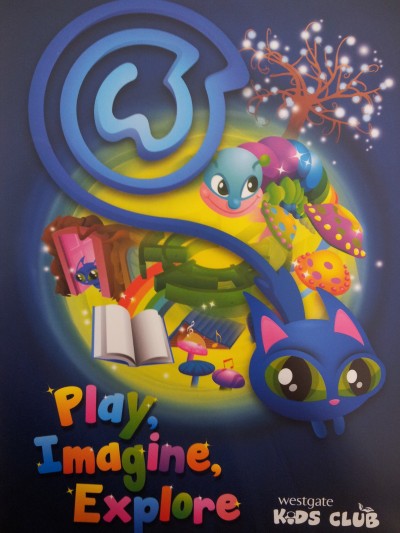 “Sir, your child isn’t six yet, so he must be accompanied by an adult inside,” said the young counter girl.

“Sir, in the registration form, his date of birth has been stated,” she said it in a skilful way without embarrassing her customer. 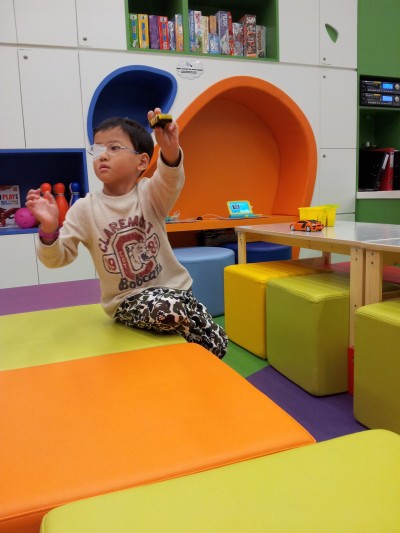 Sensing no way out, I pulled my last trick.

“Look over there, money on the floor!”

… but was greeted by another young entrance girl.

“Sir, I think your son would like playing with his dad while he’s here,” she beamed, blocking my way.

Giving up, I almost yanked Pangzi into the room with me. It was barely the size of a three-room apartment, complete with its own kiddy toilet and kitchenette, yet offered enough toys to keep the little one still. 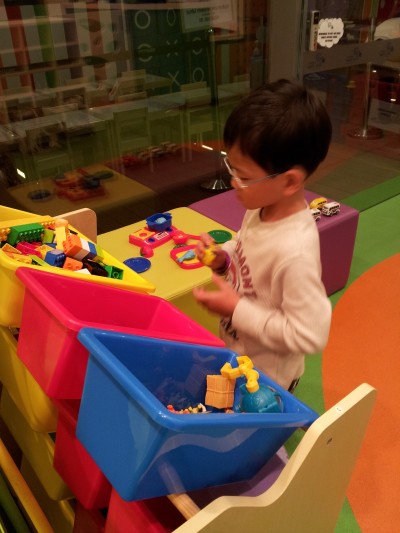 “Come, I play Angry Birds with you,” said the counter girl who left the counter to join Pangzi.

Hey, if you don’t have to man the shop, why do I need to stay here?

Pangzi only welcomed his new playmate with unreserved enthusiasm. I couldn’t tell if he was more interested in the bird or the prey. 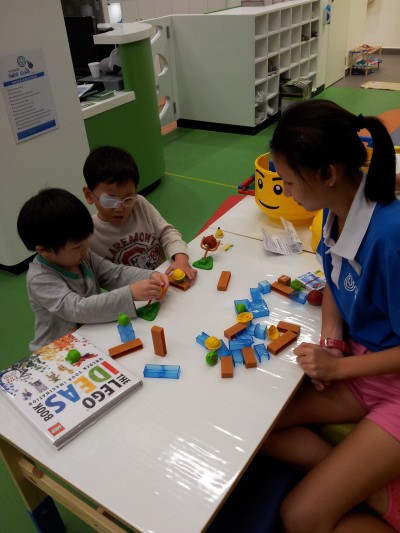 “Poor thing, what’s wrong with your eye?” she said, almost reaching out to hug him.

Nothing much wrong, but it always worked gaining attention. By now, Pangzi seemed to be fully enjoying the female company.

Reluctantly, Pangzi moved on to browse the generous collection of books himself. You couldn’t borrow any despite the NLB labels. (Privately I wonder what the Singapore libraries have to do with Westgate?) 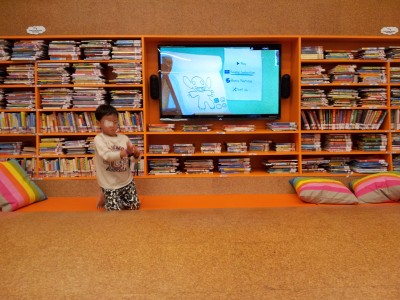 When it was movie time, the kids gathered around the TV, watching a Japanese version of Iron Man.

Pangzi couldn’t understand a word, but it mattered little as he sat close to the girls. Too close, if you asked me.

P.S. I think you need to become a Westgate Kids Club member and spend $30 at the mall each visit to get your kid in for free.