Wa cow, Marche makes it so easy to milk parents 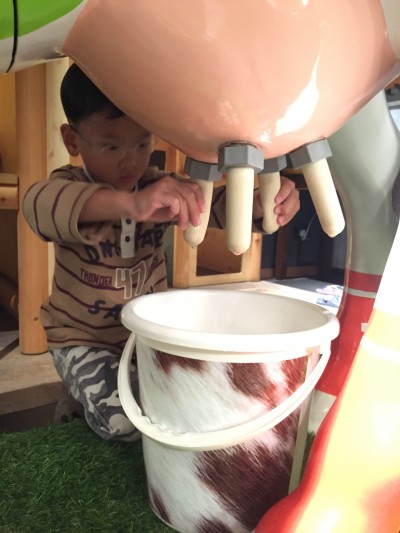 Someone came up with a bright idea to put a mechanical cow at Suntec Marche so that kids could happily squeeze water out of its hard nipples, pardon my French.

It was hilarious fun for Pangzi, I must say. Finally he got to fulfil a secret fantasy of mine in public. 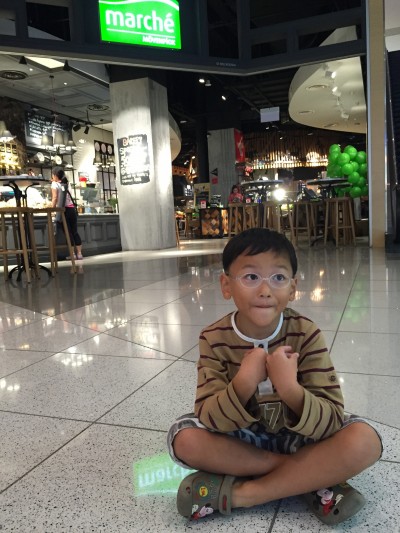 That was the highlight of the trip to the newest Marche in Singapore. We were there for dinner but food was a secondary concern.

Nonetheless I was glad there was a kid’s meal promotion at $10,90, which was a kid’s meal in name only but offered adult-sized servings. So I ate Pangzi’s portion while he played. I forgot if he actually ate that night. I suppose he already had plenty to occupy himself with. The play area was not very big, but Marche invested heavily in concept. Kids could try rock-climbing, or sit still at the BRIO table full of trains and ships. 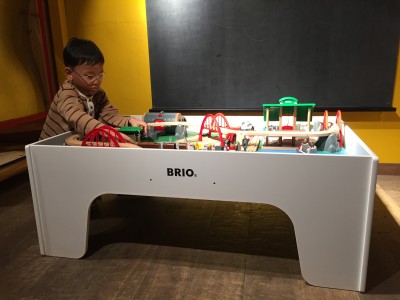 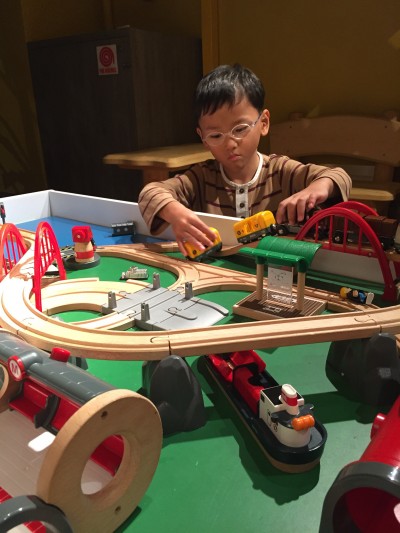 A tree house at the top of a flight of baby steps could accommodate another set of noisy children. Nothing much to play with though, except opening and shutting windows. But you know that wouldn’t stop them. 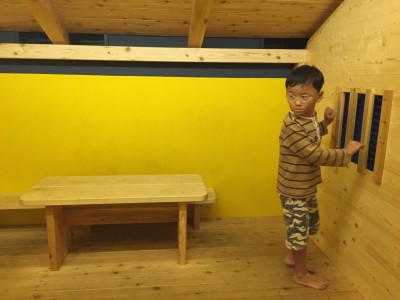 If you don’t fancy bumping your head against the low wooden ceiling, you can stay down and peep through the custom trap door just to make sure they are not making out or something.

This is far better than the other Marche in town which also has a play area so dimly lit and creepy, it freaks me out. 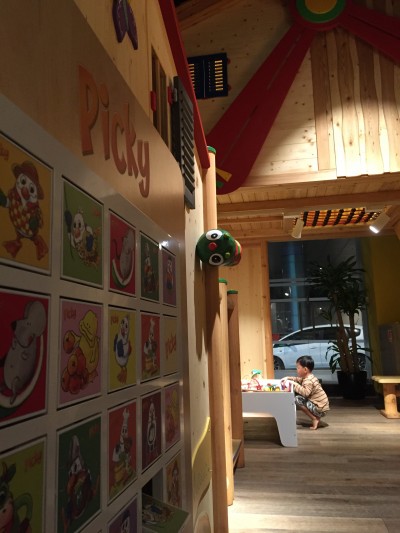 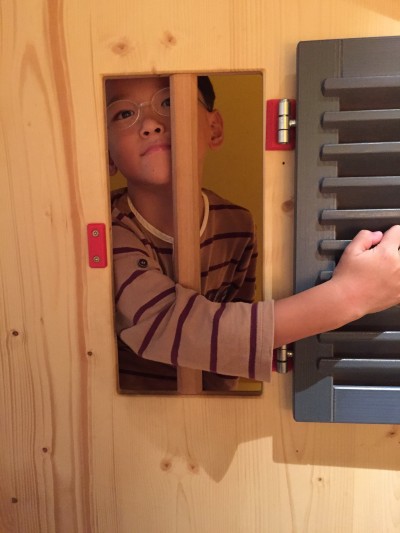 It helped that we were there on a weekday, so Pangzi had to share the place only with a few others.

That’s not all to it. At the meals area, kids could mount vehicles when no one’s watching and pretend to be sending food to hungry patrons. 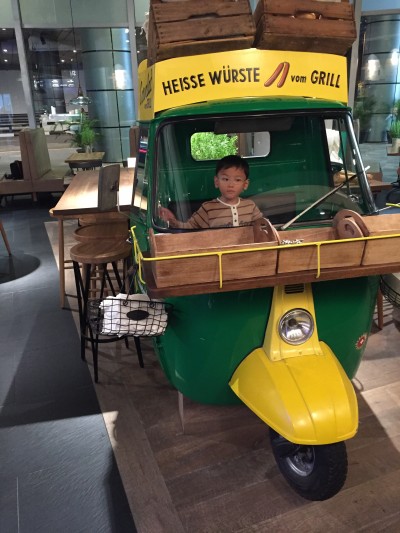 It was also smart of Marche to double them up as cutlery stations. 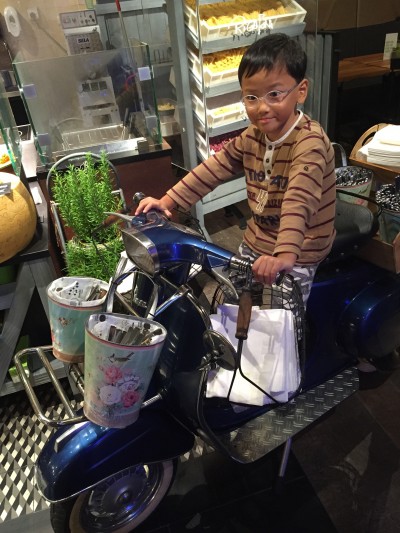 “Shall we come back again, daddy?” Pangzi asked as we exited.

Holy cow, so dark the con of man. 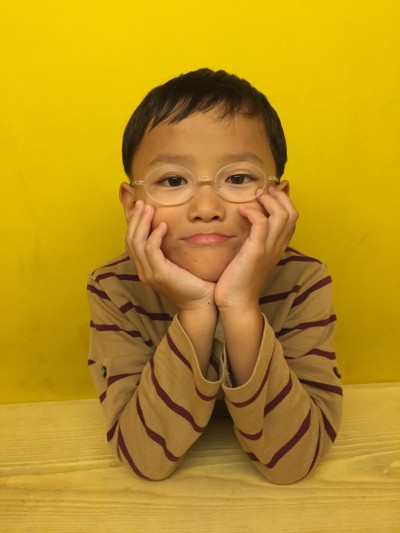