When I was a kid, my mum taught me the most useful lessons.

“Study hard, or else you’ll end up collecting cardboards for a living!” she warned.

Considering how some young people behave today, I’d better impart the same values to Pangzi while I can.

So we went Suntec City, where there was an indoor playground at Tower 3 Level 3 named Giant Cardboard Blokies. It was filled with cardboards which kids could freely use to build all sorts of objects. 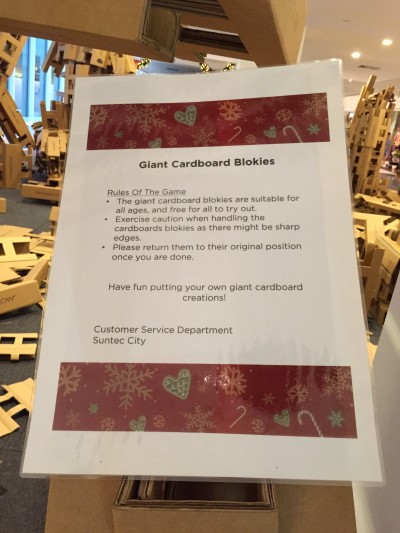 I’ve tried to google Blokies but still don’t know what it means. I suppose it’s just a fancier name for cardboard blocks.

It matters not. Trust the building management to implement this innovative idea for keeping the children occupied, and their parents coming. Suntec City is becoming an interesting place. 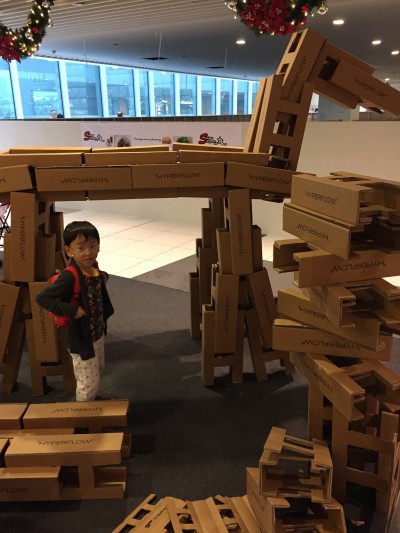 “Yes, you must study hard, or next time work like a horse,” I said instinctively. Very proud of my cool response. 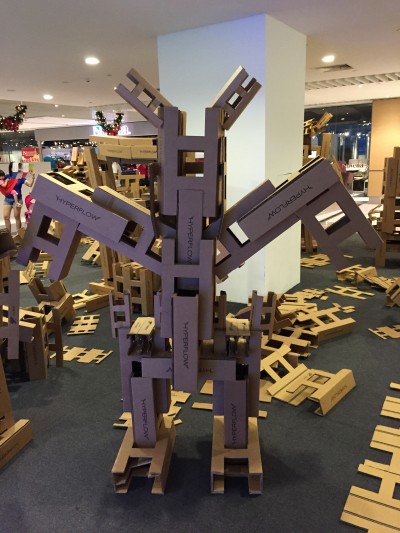 “Yes, study hard, or it will take over your job when you grow up.” 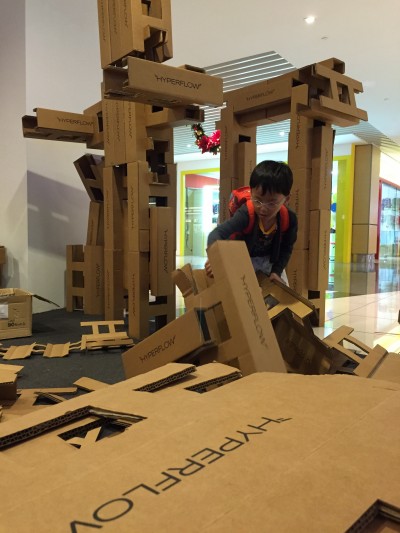 To bring home the point, I made Pangzi work hard at designing his own Blokies monster. The great thing about this place – no short supply of Blokies. There were enough pieces to go around for many Blokies creations, be it a house or a mouse.

The sky is really the limit. If you can think it, you can make it. However, the most popular creation I can see is still a robot. Maybe the shape of the Blokies is suited for this. 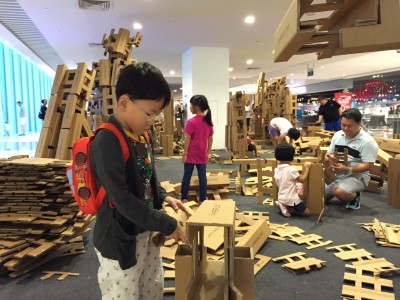 I got rather worried when after fiddling with the Blokies for quite some time, Pangzi still couldn’t deliver any masterpiece.

“If you cannot make me a monster today, I’ll turn into one,” I said. “And you wouldn’t like me when I’m angry!” 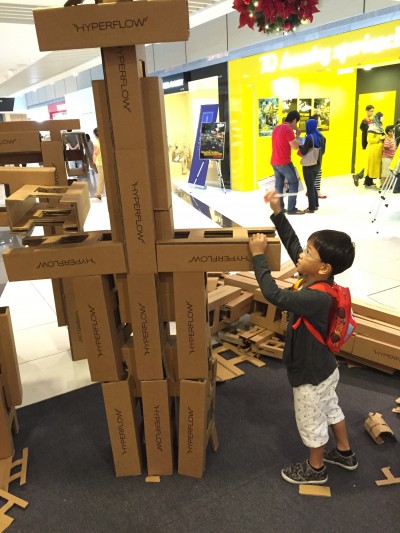 Sure enough, it worked. See the giant Blokies monster that he came up with above.

Some values just need to be passed on.