A leader is born at IKEA Tampines Smaland 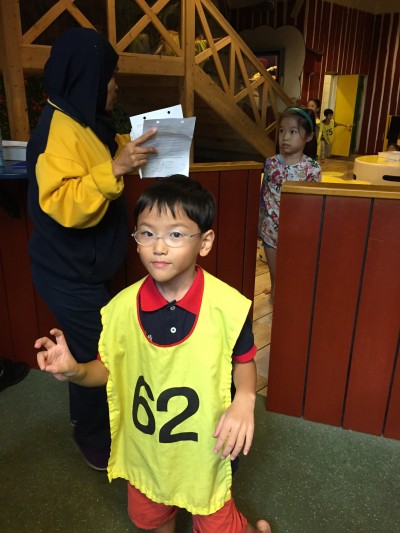 At what age does a child display true leadership qualities? I found out when I took Pangzi to IKEA Tampines Smaland.

“What should you do if someone hits you?” I asked him in all seriousness. This was necessary as he’d be on his own once inside IKEA Tampines Smaland.

“I… walk away?” Pangzi ventured.

Wrong. Not the answer I was looking for.

“Surely you can do better than that,” I said, leaving him with the joy of figuring it all out. 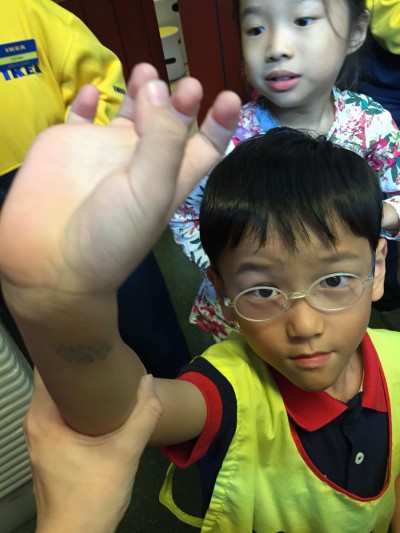 IKEA Tampines Smaland is an indoor playground that basically helps you lock up the kids for 60min while you go shopping.

It seems IKEA has hit the right notes with parents with the launch of Smaland all over the world. In Singapore, I prefer IKEA Tampines Smaland to the one at Alexandra as you’re not restricted to browsing furniture. Giant is opposite and Courts is just next door.

More importantly, IKEA Tampines Smaland is more transparent to parents waiting outside. I think I’ll enjoy having a clear view when Pangzi decides to bash up kids standing in his way, in whatever size they may come.

Yes, the playground has been set up to foster independence. No parents inside. No supervised peeing. No children above 1.3m. All this to ensure only well-trained young children get to play. But what if they are not as well-behaved?

Tension already started to mount at the point of entry to IKEA Tampines Smaland. The first thing they were supposed to do was to find their own shelves to place their shoes. The other kids pushed past Pangzi and took up the good spots, much to his annoyance.

I saw a good fight brewing. 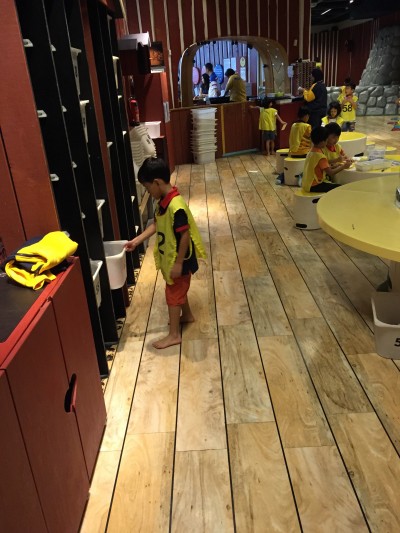 More pushing took place at the activity area where some kids were jostling for a position up the giant shoes. I could tell through the glass that Pangzi wasn’t the happiest boy inside.

The last straw was when the kids jumped straight into the ball pit, without consideration of others already in it. 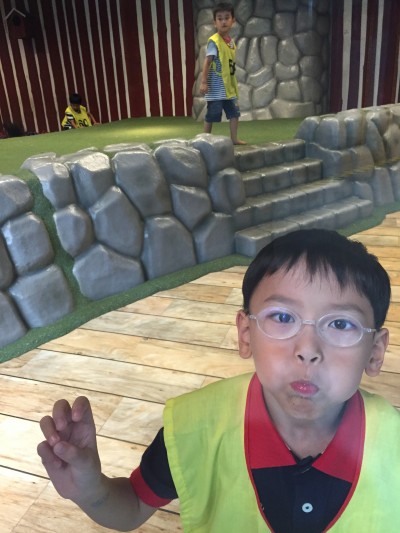 It was hard to explain what happened next.

From where I stood, Pangzi appeared to ask two other boys over and huddled around for some grave discussion. He then walked over to the naughty kids, with his new friends close behind. 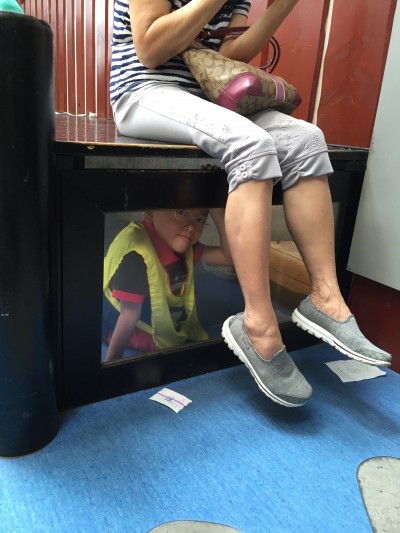 Instead, all six children talked animatedly before embarking together on a follow-the-leader trail. The group got on all fours and climbed through the space beneath the long bench, one after another.

At the head of the trail was none other than Pangzi. I thought he gave me a wicked wink as he got past the window.

Next Pangzi led the kids to the TV area, where they spent the rest of the time watching cartoon on the steps. Obediently. 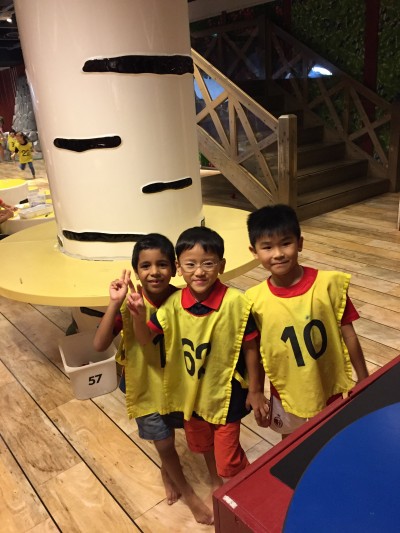 Soon the hour was up. As Pangzi exited the playground, I asked him, “What on earth did you say to the other kids down there?”