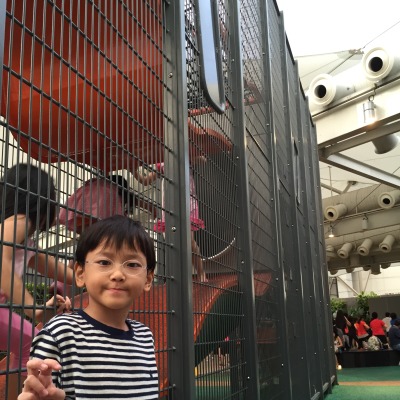 “Daddy, what is general erections?” Pangzi asked, staring at my pants.

“You’re watching too much TV,” I said, self-consciously. “Come, let me take you somewhere to get away from everything.”

With polling day round the corner, it’s hard not to notice all the election chatter around. There’s nothing else in the media and no other conversation topics from friends, relatives and colleagues.

“Where are we going, daddy?”

I dunno. Anywhere but home. It’s driving me crazy.

As we were on the road to nowhere in particular, I spotted a familiar face staring at me from a lamp post. In fact, he was also on the next lamp post. And the next one. Then, sanctuary appeared, in the form of a mall I hadn’t been to for a while: Bishan Junction 8. Surely, they couldn’t hold rallies in here, could they?

“But daddy, I don’t want Junction 8. I want to see lightning and hammer!”

He was still pestering me until we came to the third floor, where a pair of glass doors led us through to an indoor playground.

And all was forgotten. Pangzi helped himself to a hop scotch on rubbery floor. I used to play this on sand in primary school a lot. 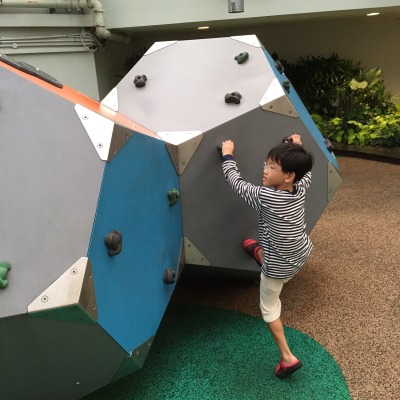 Next he went mini rock climbing on a weird looking sculpture, which was not too intimidating for the uninitiated. 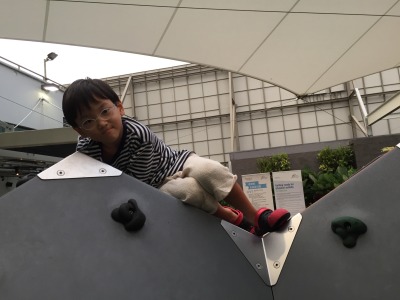 Still it took him a while to reach the top. 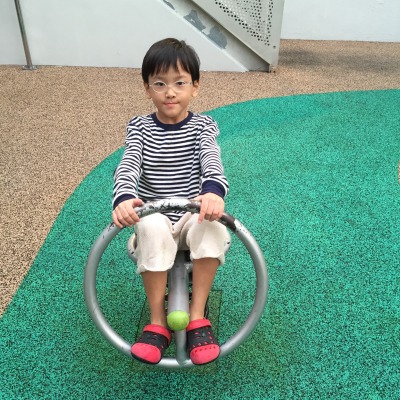 There was also a futuristic rocking horse… 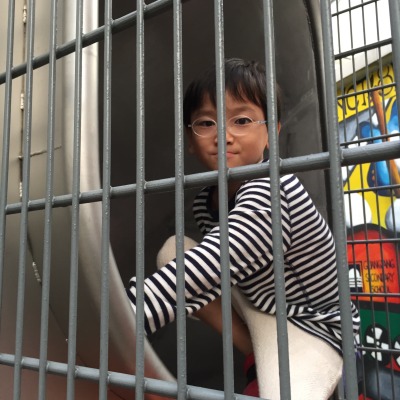 But the highlight of the playground had to be this enormous metallic climbing structure. 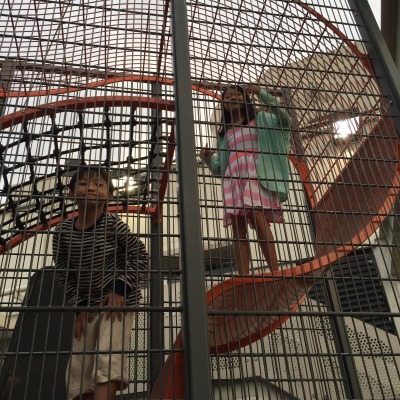 It comprised wavy steps culminating in a kiddy slide. 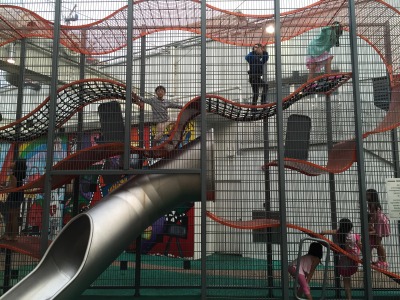 I hadn’t seen anything like this, much less expected to find it in a modest place like Junction 8.

“Daddy, what do you call this?”