Let’s get the facts out of the way first.

The smallest museum you can find in Singapore is probably the one in Taman Jurong beside the Community Club.

Opened in 2013, it is one of the newest and most unusual museums around.

It also has the most creative name to go along with it: Our Museum @ Taman Jurong.

Okay, but that’s not why I took Pangzi there. I had a sudden craving for barbecued stingray one fine weekend, and he was not going to indulge me without good reason.

The food centre at Taman Jurong houses one of the best stalls for barbecued stingray in Singapore, but more about that later…

When I say Our Museum @ Taman Jurong is small, I mean really, really small. It is actually made up of a few shipping containers, placed together smartly to form a building of sorts. 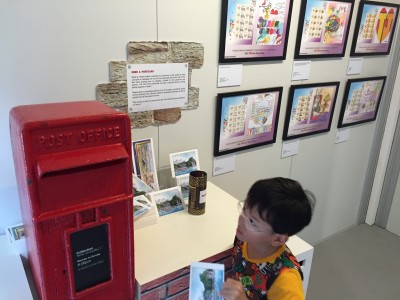 At any one time, I think only a few cats can go in. This also means the number of exhibits is limited. However, the quality of the art remains surprisingly high.

There was an old post office box on display at the stamps area. “Is this for real?” Pangzi asked.

The only way to find out was to insert postcards into it, and see if they went anywhere. So the museum lost a few postcards that day. What made the museum even smaller was the fact that the upper level was closed. When quizzed, the reason given was so that they could prepare for new exhibits.

Deep down, I wondered how long it was going to take before they changed anything. You know, Taman Jurong isn’t the most glamorous place for hordes of visitors to drop by – is there any point in changing too often? 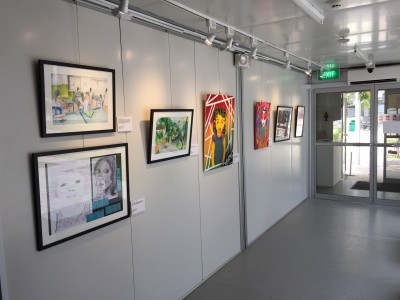 Nevertheless, Pangzi was delighted to see a book corner, where he could find children’s classics among other friendly material. In a way, this is the unofficial third library of Jurong. 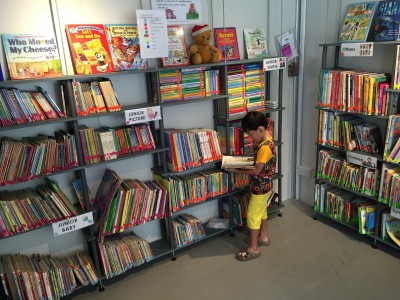 With Pangzi happy and done, we moved on to the stingray next door. At $10, it was the most succulent and value-for-money dish I’d tasted in a long while. So good, Our Museum @ Taman Jurong was quickly forgotten.