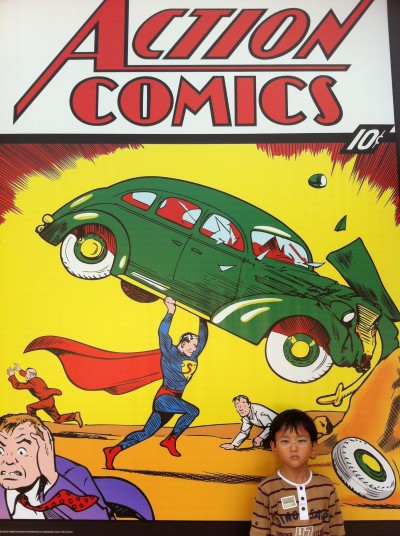 I think kids love art galleries. They just don’t realise it yet.

“Daddy, where are we going to play?” Pangzi asked, first thing in the morning. Believe it or not, I get the same question every weekend.

“Well, there’s something new today at Art Plural Gallery. You’ll like it,” I lied.

“Yes, lots of toys hanging on the wall which you can’t touch.”

“Is there a playground?”

“You can run about but don’t knock into the toys.”

He seemed convinced there was fun to be had. That’s all I needed. 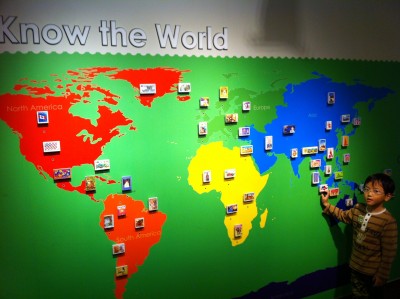 With four storeys of contemporary art display at a convenient downtown location near the Singapore Philatelic Museum, Art Plural Gallery is a haven for art enthusiasts. From now till Oct 3, 2014 a Peter Halley solo exhibition is on, and on this hot Sunday morning I was determined to go.

To me, an art gallery is like an upgrade to the library: open to the public, air-conditioned, deathly quiet, but with more roaming space. Just the kind of place to take Pangzi to.

Before he realised anything amiss, we found ourselves heading down… only to be greeted at the door by a crooked sign saying: Closed on Sunday.

“I want to go somewhere to play!” He was beginning to understand what was going on.

“All your fault! I don’t care, we’re visiting a gallery today. Let’s go… there!” I said, spotting the Singapore Philatelic Museum nearby. 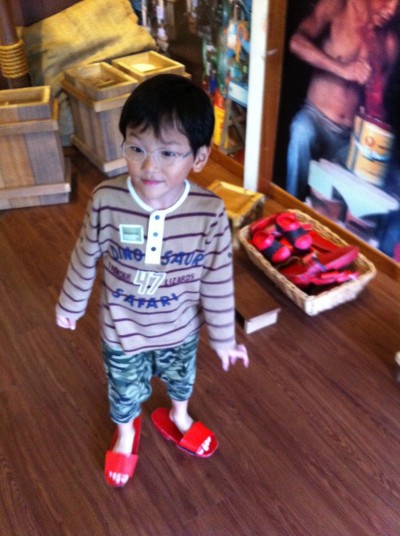 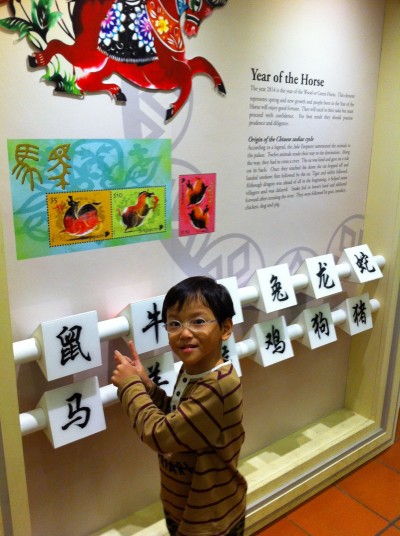 “I don’t want to see stamps again. I want to go somewhere to play!” he continued protesting.

You know what, I don’t want to see stamps too. 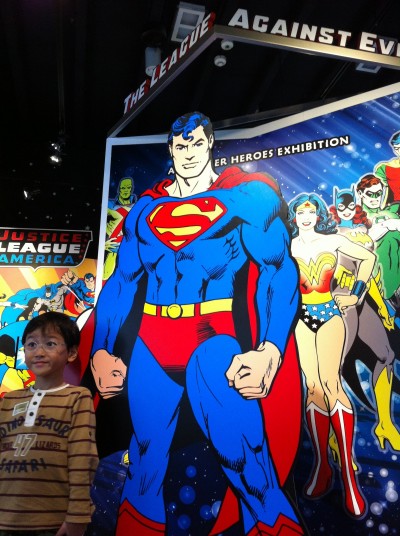 Pulling him by the collar, I took him to The League Against Evil: A DC Super Heroes Exhibition, happening at the Singapore Philatelic Museum till Nov 30, 2014. 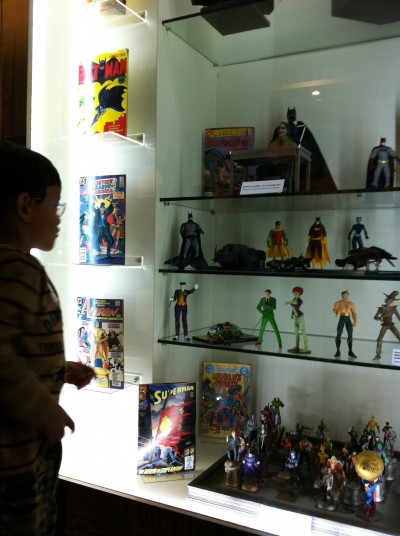 Not my idea of fine art, but this would do. To be fair, it’s not all stamps. 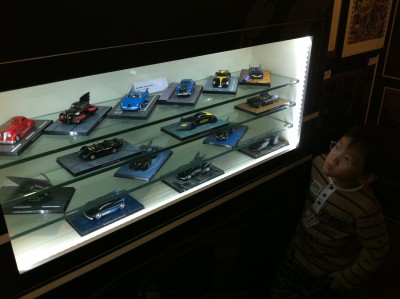 Being a show to commemorate the 75th anniversary of Batman, it showcased Batman figurines and collectibles, although the usual suspects like Superman and Wonder Woman also showed up. 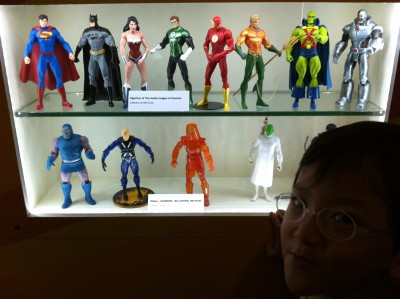 To fit into the Singapore Philatelic Museum, there was also an obligatory stamp series featuring Henry Cavill. 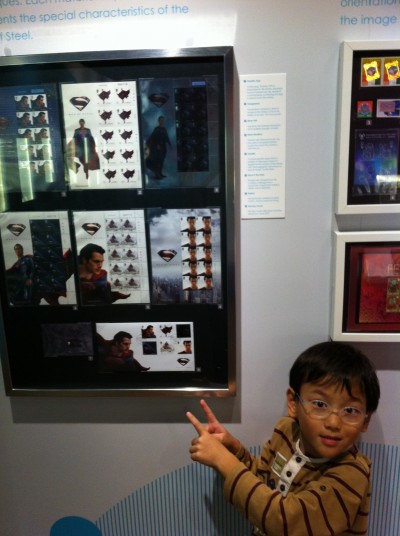 Pangzi had his fun alright. I didn’t. One day, he’s coming to a real art gallery with me.