Off to a flying start at the National Design Centre 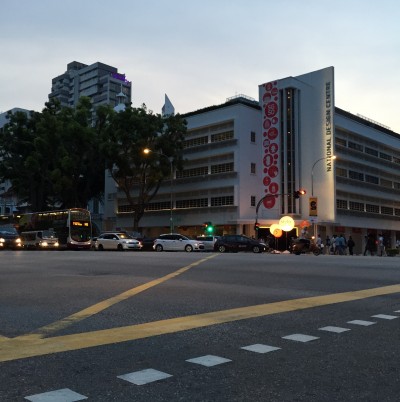 One day while near the National Design Centre, I thought it was time for the all-important question.

“What do you wanna be when you grow up?” I asked Pangzi.

What he didn’t realise was I already had the answer for him. 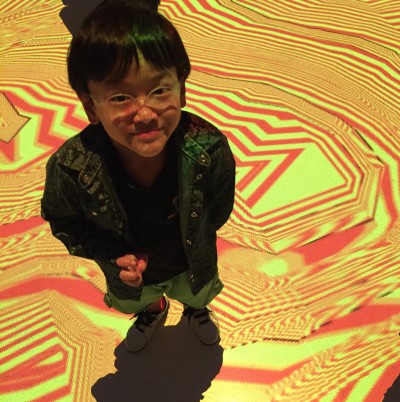 “Since you like drawing so much, next time you shall be a designer,” I decided.

To ease him along, I took him inside the National Design Centre to reveal his true future before him. 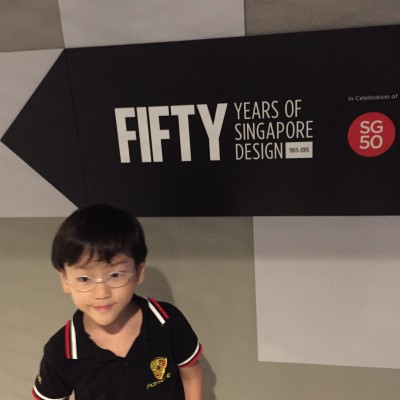 “Look, the National Design Centre is where the best of design ideas and talent come together,” I started. “To become a top design professional in Singapore, you can come here often to learn from art exhibitions and talks.”

The National Design Centre can be found diagonally across Bugis Junction along Middle Road, amidst the many art schools and galleries in the area. Ironically its facade is nothing spectacular – you could easily dismiss it as just another old office building.

While the National Design Centre is mainly dedicated to running design programmes, some floors are open to the public, notably the first two. An exhibition named “Fifty Years of Singapore Design” was ongoing till the end of 2017, in celebration of SG50. 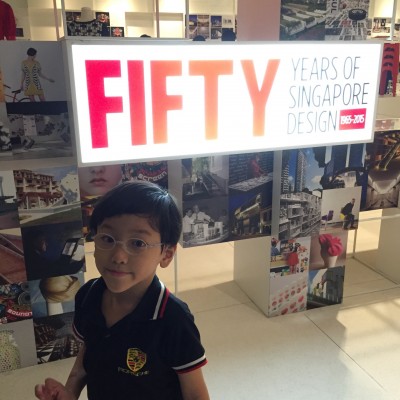 “Daddy, I found it!” Pangzi exclaimed as we reached the second floor, pointing to a corner dedicated to kids called “My First Design Studio”.

Well, a bonus find. He happily went on to play with the exhibits and tried making his own design pieces. 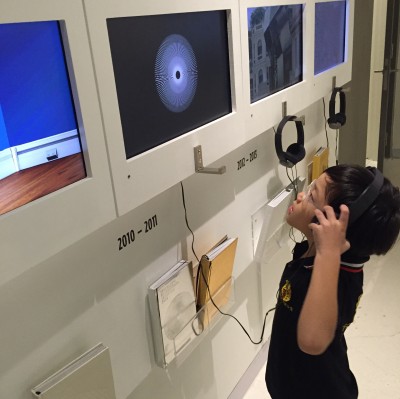 “So, let’s see. According to this toy section, you can become… a graphic designer.”

“Do you want to be running after thieves on Saturdays and Sundays?” 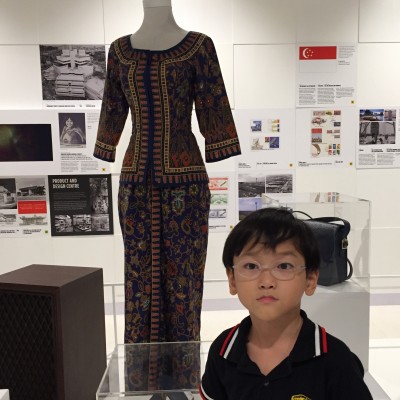 “Or, you can be… a fashion designer.”

“Wait! Can I be a footballer?” he tried.

“Do you want to freeze to death kicking people during winter in Europe?” 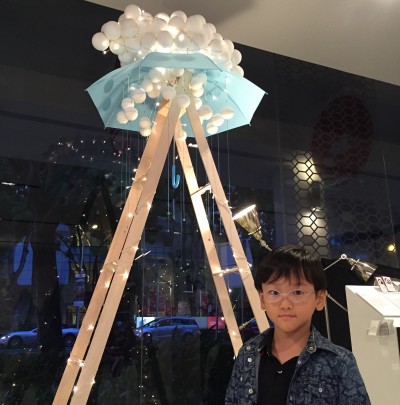 “Or, do you want to be… a product designer?”

“Do you want your hands to be full of shit or blood?”

I took him out of the National Design Centre, and for the next many days didn’t mention anything about design or jobs. Maybe he wasn’t ready after all.

Later I found out what he meant – he just wanted to fly aeroplanes. (Geddit?)