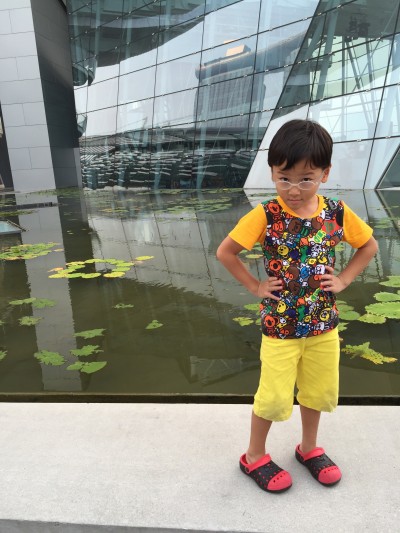 I first took Pangzi to Marina Bay Sands when he just learned how to walk. Now that he has learnt how to talk, I can’t keep the truth from him anymore.

“If you must really know, this is where money grows,” I explained.

“No, money grows in the bank!” Pangzi said defiantly.

That’s not entirely wrong, but millionaires are usually not made this way in Singapore. I thought if I could sneak him into the Marina Bay Sands casino, he would believe me. 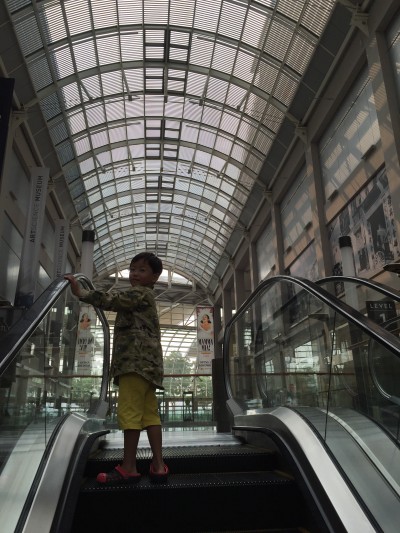 So happily we headed down to where the gondolas were, manned by young gentlemen who couldn’t sing.

“Daddy, is he a millionaire?” he asked, pointing to one of them. Marina Bay Sands was full of those.

“If he were, then your father must be Billie Holiday. Hurry along, we have some rules to break.”

Expectedly, Pangzi was refused entry to the casino even though he had asked politely. I was still determined to show him millionaires, so we went to the ArtScience Museum adjacent to Marina Bay Sands. 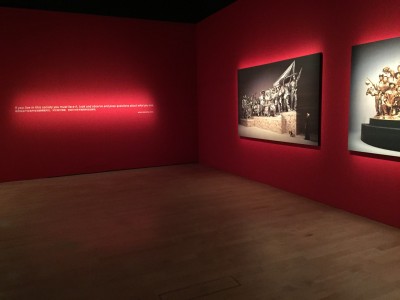 The exhibition “Flux Realities: A Showcase of Chinese Contemporary Photography” was on (now till Nov 2, 2014), and I hoped to introduce him to some famous names who had made a fortune through art. 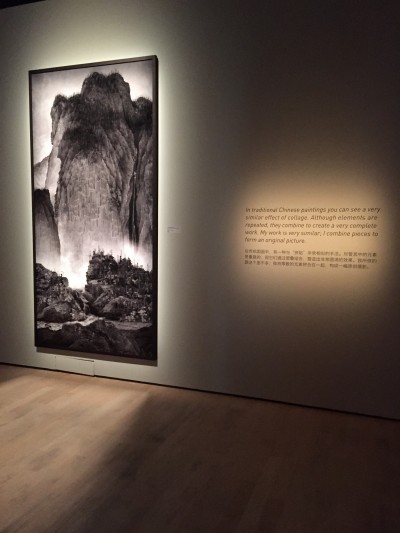 Maybe I was naive to think artists could earn serious money. In the end, Pangzi walked away having seen over 60 photographs without really learning how to get rich.

Not that the artwork wasn’t impressive. 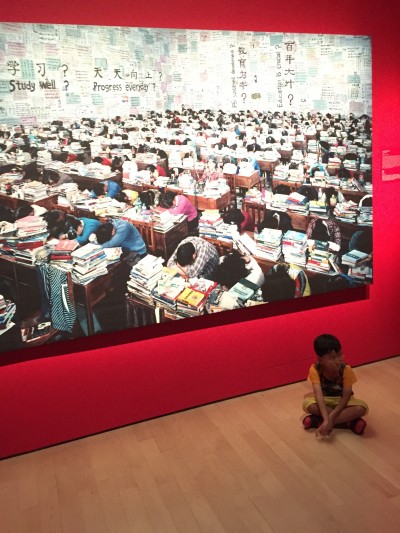 The shots reeked heavily of Chinese lifestyle and culture, something I was sure Pangzi could relate to, having spent all those years up north.

However they were alas not from the hands of a Karsh or a Capa. 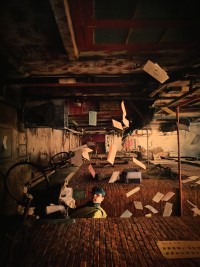 Just as I was about to exit disappointed, one artist name jumped out at me. 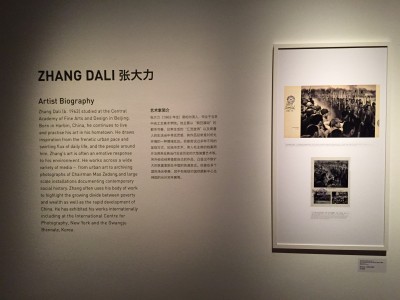