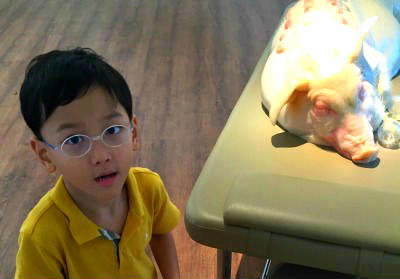 No dinosaurs in REDSEA Gallery at Dempsey Road

When I wanted to take Pangzi to the REDSEA Gallery at Dempsey Road for his usual dose of art appreciation, he’d expected to see nothing but dinosaurs.

“That’s Dempsey Road, and we’re going for an exhibition called Edge of the World, not Jurassic World,” I reminded him.

However, I did promise him there would be some animals on display. 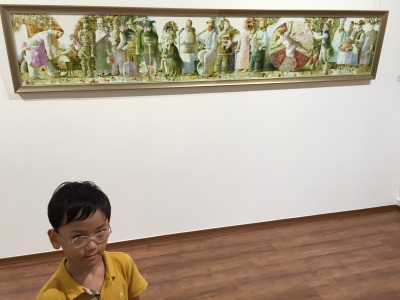 After all, this was a show by Anna Berezovskaya, known for her brand of contemporary art involving snails and other creatures.

Since catching the blockbuster trailer, he had been running around like one at home, irritating the hell out of me. I asked him to bite someone in school instead. 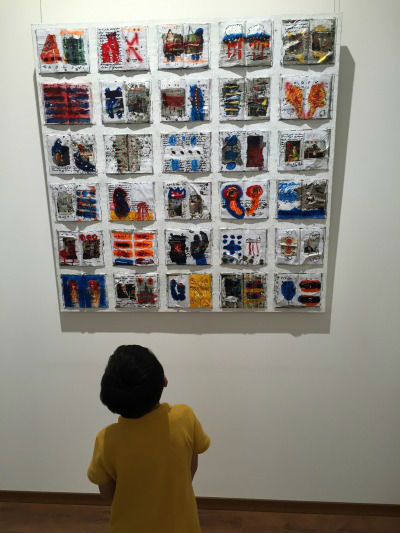 Dempsey Road is an odd choice for siting a contemporary art gallery. Most folks I know visit the place for the somewhat pricey Western restaurants and quaint furniture.

REDSEA Gallery sticks out like a sore thumb among the eateries. But what a delicious thumb. Maybe I’m the only one going to Dempsey Road for the soul food, skipping the real food. 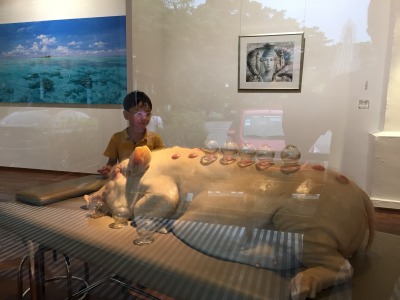 Near the entrance of the gallery was a shocking sight of a pig on a massage bed. It looked like it was enjoying some kind of obscene skin treatment.

“This is not a dinosaur!” Pangzi observed.

If pigs are all like this, I’m sure they’ll be extinct soon. 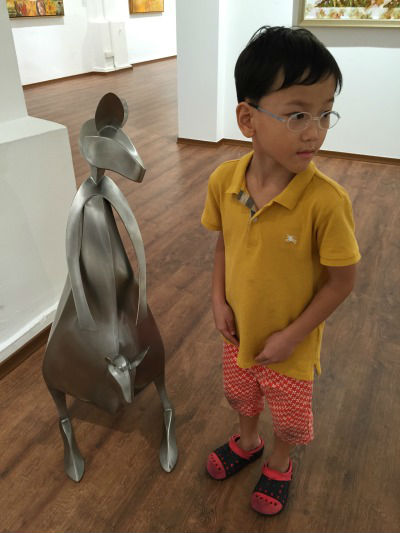 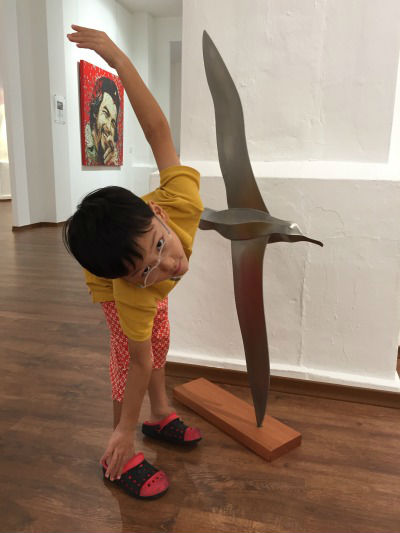 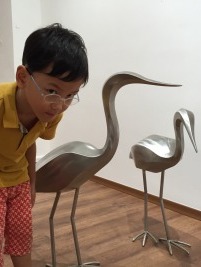 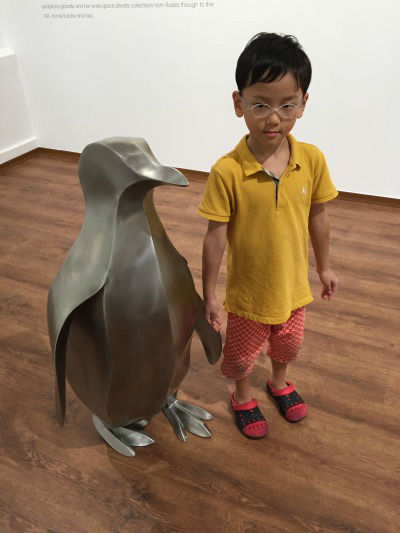 Other animals presented themselves as small pewter statues around the gallery. Pangzi tried to make friends with a kangaroo, a bird, a penguin and a pair of swans.

I could do with one of these in my living room. However, Pangzi refused to steal for me. 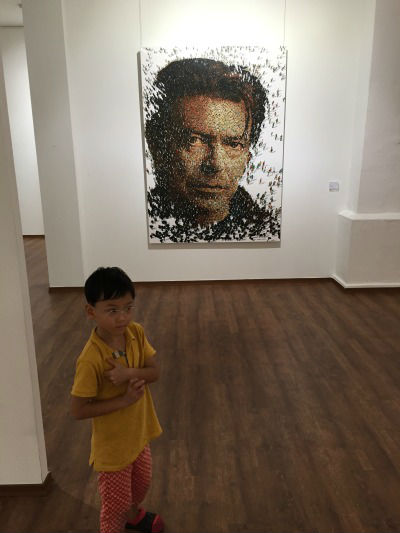 The Russian artist’s inspiration was not restricted to the animal kingdom. Equally impressive was a painting that had hundreds of little people milling around forming the face of David Bowie.

As was a video installation that had a lingerie-clad woman crawling up the frame. Pangzi actually danced along, with my blessings. 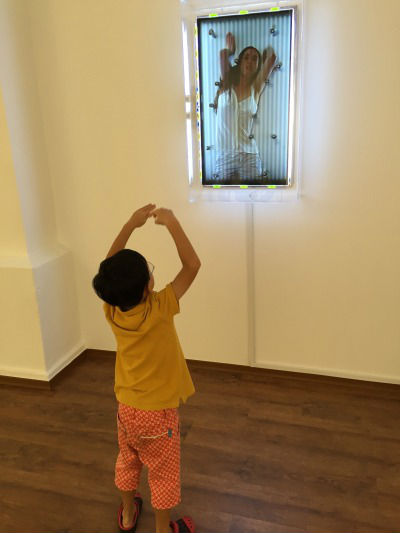 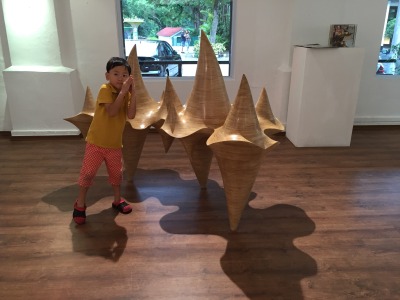