No bats but sharks at Parkview Museum

“See Batman? I want, I want!” He fell straight for it. 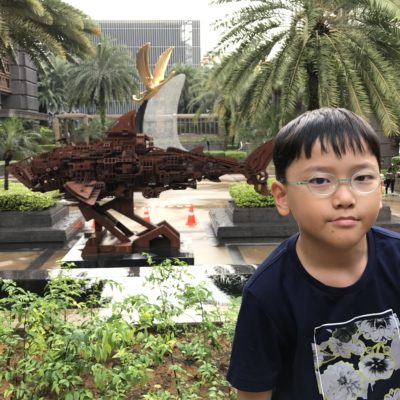 Parkview Museum is located at the third floor of the majestic Parkview Square, which some say is the best designed commercial building in Singapore, thanks to its semblance to Batman’s office in the comics series.

The public is free to visit Parkview Museum, which apparently is the building owner’s effort to integrate contemporary art with business. 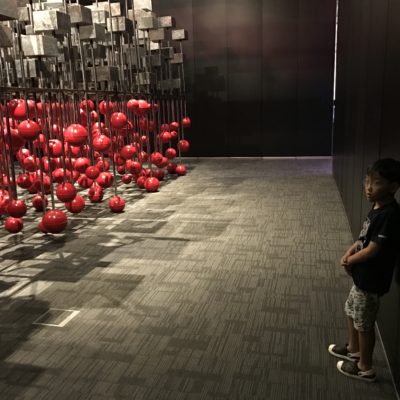 “Maybe we’ll find some bats inside the Parkview Museum,” I lied. 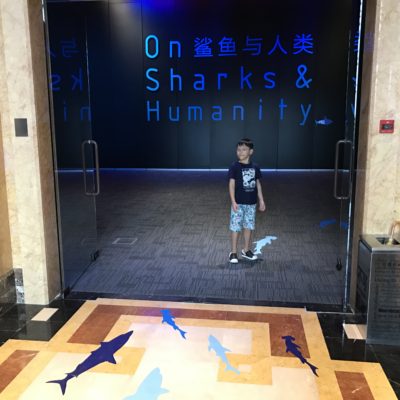 There was an exhibition named “On Sharks & Humanity” ongoing at the Parkview Museum till Sept 9, 2017.

Using contemporary art as a vehicle, it aimed to make a statement on poaching sharks for their fins. 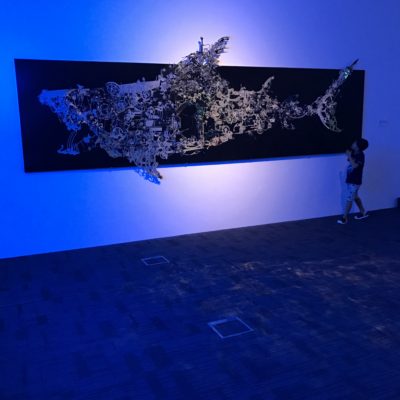 “Daddy, I only see sharks. Where are the bats?” Pangzi wondered aloud.

“What would you do if you see a shark?” I challenged him, ignoring his question. 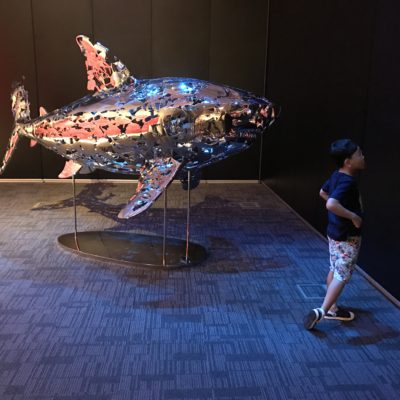 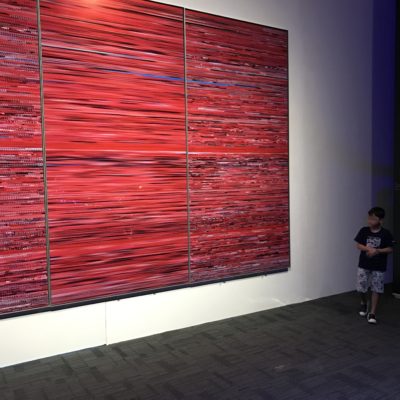 “If you don’t kill it, it’ll kill you,” I explained. “Besides, a shark is useful when dead.” “Let’s see. You can make it into art! Just look around you.”

Indeed, the exhibition has turned sharks into such beautiful artefacts that you would really seem like a baddie to want to harm them. 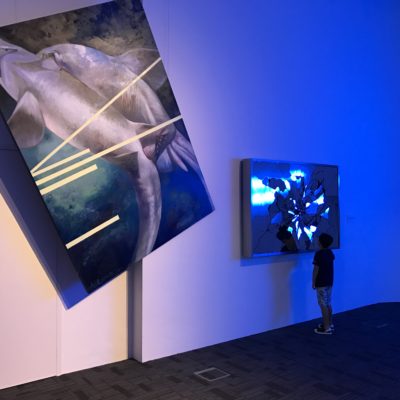 “You can also make shark’s fin soup out of them,” I continued. “That’s my all-time favourite.”

“I dunno. Because it’s… expensive.” 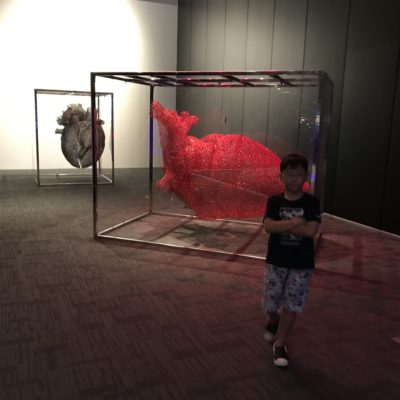 “Daddy, do sharks have a heart?” Pangzi asked, pointing to a heart-shaped sculpture cleverly put together from hundreds of fishing hooks.

“Well, every living thing has a heart,” I enlightened him.

“Not my daddy. He just wants to kill and eat them.” 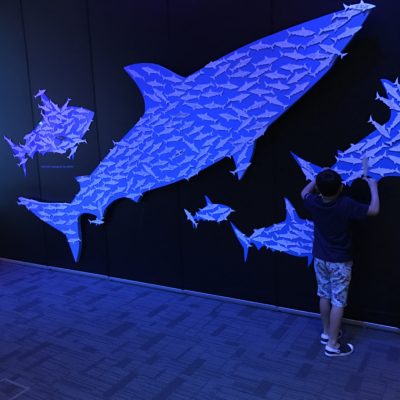 We walked through the rest of Parkview Museum in silence.

Pangzi appeared to be in deep thoughts as we saw exhibit after exhibit that provoked more questions. 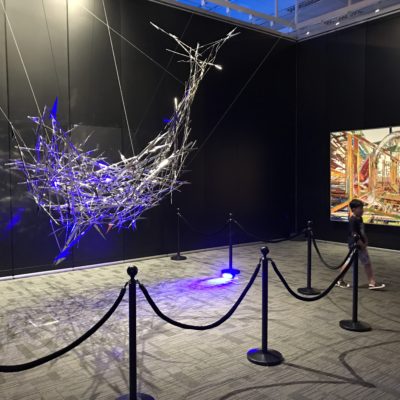 Then we came to a collection of photographs documenting the everyday lives of shark poachers. It was a poignant moment, to say the least. 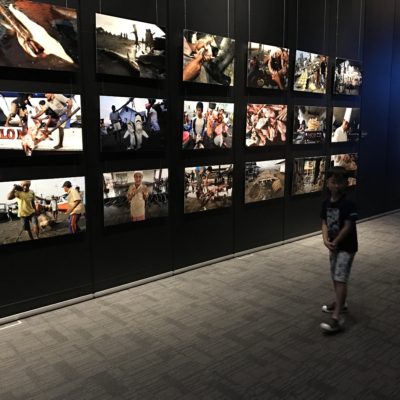