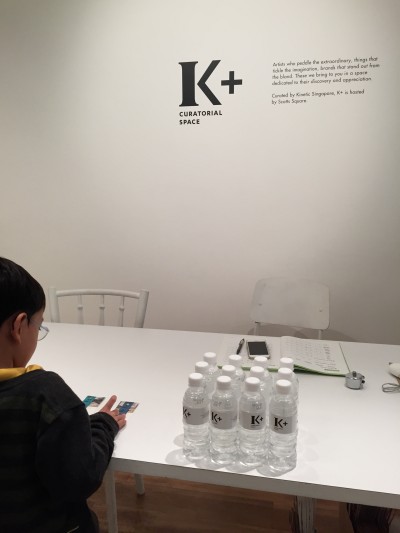 Ion Art is great, but with K+, there’s a new kid in town to rival the incumbent for the attention of art buffs like Pangzi. Orchard Road suddenly has more to offer than just streets of shopping. 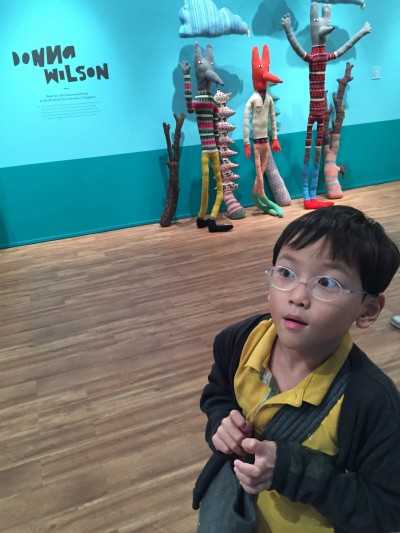 “This time we’re going Orchard Road, not just anywhere,” I said in defence.

Back in the old days, Orchard Road meant a lot. It was the place to be seen in baggy jeans, to catch a 2D blockbuster, and to generally hang out. 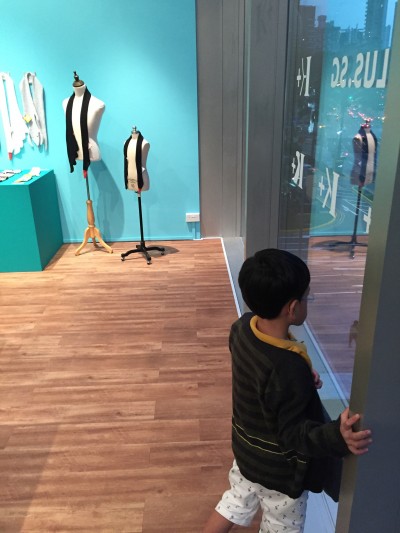 “But I don’t want to shop,” Pangzi continued. “You always try but never buy!”

“We’re checking out soft toys at K+, not just any art show,” I said in defiance. 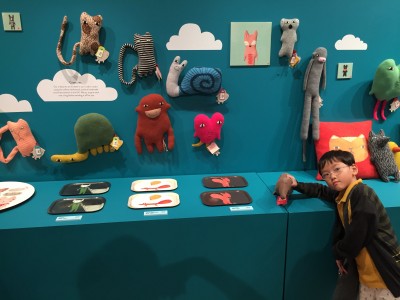 Sure enough, Pangzi relented at the mention of toys. I always knew how big an art connoisseur he was.

At K+, a Donna Wilson exhibition is ongoing till end May 2015. Donna Wilson is known for her unusual knitted soft toys and has made a name for herself around the world. 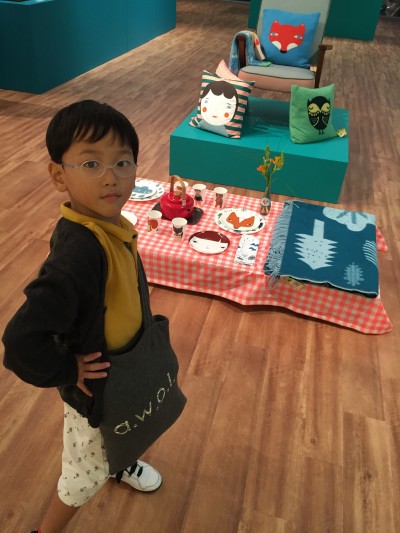 Such quirkiness makes for perfect display at K+, a cute gallery on the third floor of Scotts Square that puts contemporary art into what is essentially retail space. With rental sky high these days, you wonder if it makes commercial sense, but hey who’s complaining.

Strictly speaking, K+ is situated along Scotts Road, not Orchard Orchard but near enough. The gallery minders were polite and visibly excited that they actually had visitors. 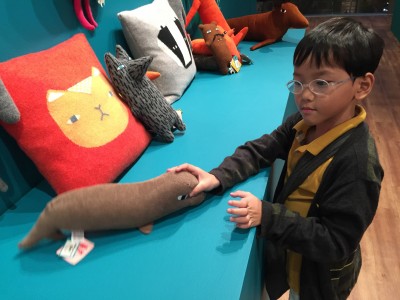 However, soon their delight turned into discomfort when they realised they had noisy company.

“Daddy, where are the toys?” Pangzi asked aloud.

“See these strange animals? They’re the Donna Wilson soft toys I’ve told you about.” I explained, and regretted almost immediately. 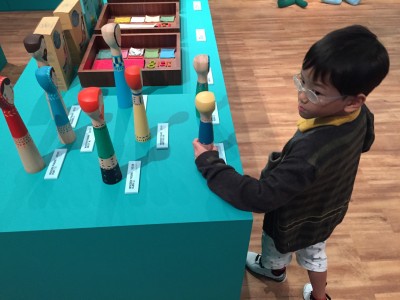 Animals and toys could only mean dinosaurs to him. And all dinosaurs are violent like T-Rex to him. So he began to pit the Donna Wilson pieces against one another.

To the horror of the K+ gallery minders.

I let him play a little while more, before yanking him out of K+ in time. To be frank, the display was much better after his rearrangement. Maybe Pangzi was a natural after all. 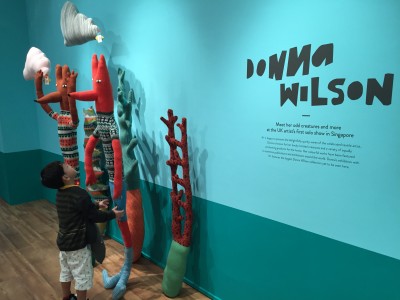