I would prefer not to do anything and laze around on a weekend afternoon, but there’s a new gallery in town called Hatch Art Project that I just need to check out. 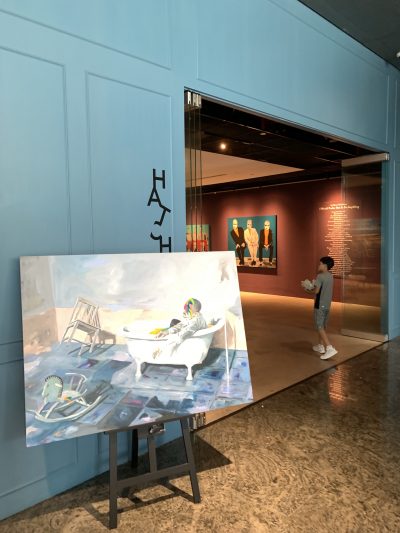 So when Pangzi asked to go scooting, I couldn’t pass up the chance.

”Pack your stuff. We’re going to Asia Square,” I announced. 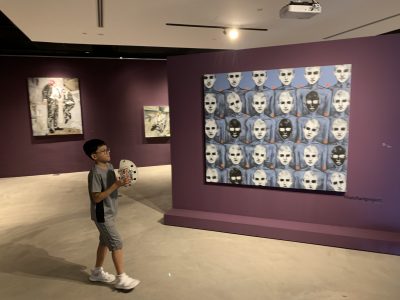 Pangzi looked puzzled. “Is that a park?”

”No, Asia Square is an office building in CBD,” I explained. 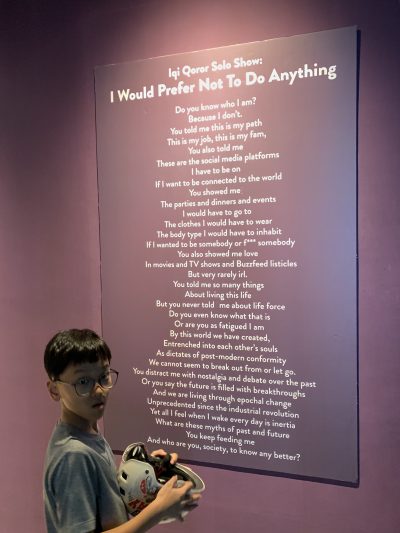 “But CBD is full of people,” he said. “Will the police catch me?”

“Oh, it’s only crowded on weekdays. Today you can smash someone’s head there in the open, and they’ll only discover the dead body on Monday.” 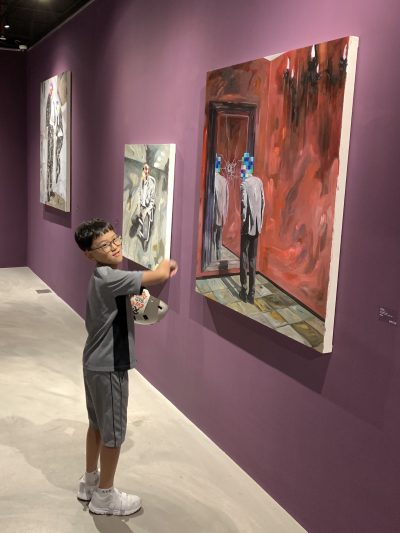 “Daddy, will someone smash my head if I scoot there?”

“Wear your safety helmet if you’re really worried,” I reassured. “And by the way, you can scoot only after I visit the Hatch Art Project.” 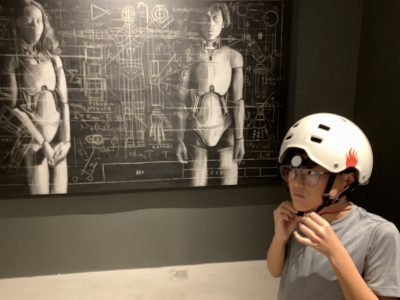 ”Hatch Art Project is a contemporary art gallery that features the work of young artists in Asia. It’s open till 4pm on Saturday, and I’ll let you scoot all you want after that.” 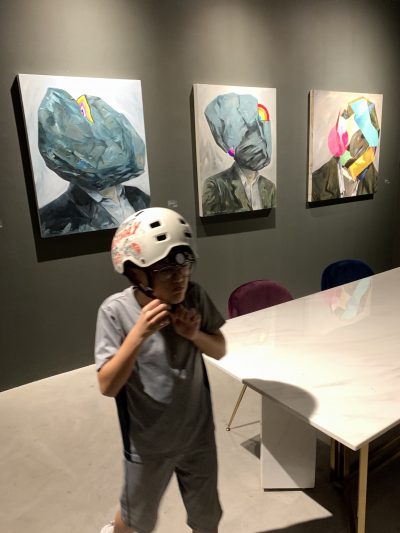 Currently, the Hatch Art Project is running an exhibition titled “I Would Prefer Not To Do Anything” by some Indonesian artist.

Curiously, all his art pieces seem to be depicting someone with his head smashed. 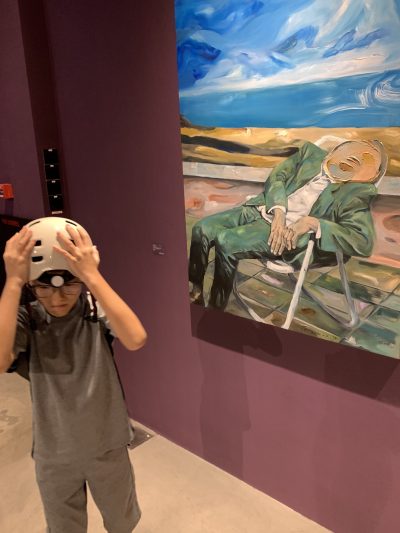 Pangzi decided he’d had enough of permanent head damage and begged me to take him scooting.

Right outside Hatch Art Project on the ground floor lay a podium so spacious that it’s the perfect spot for an activity like scooting. 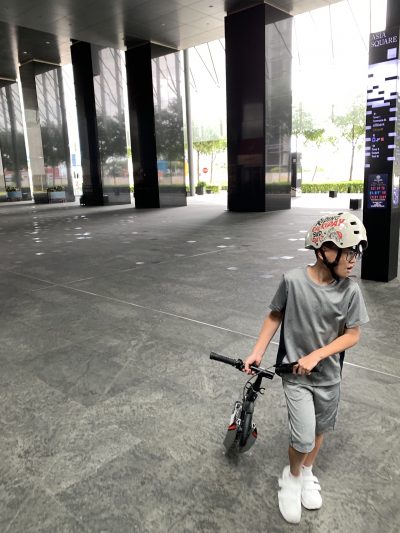 In fact, it felt like you could hold a rock concert, a pasar malam and an election rally here at the same time, and still could have scooters weave through the crowd comfortably.

Apparently, I wasn’t the only one who thought so, as we had company on wheels. Pangzi was delighted as he started a Grand Prix with his fellow young scooters around the podium.

At one point the security guy came, but turned a blind eye. 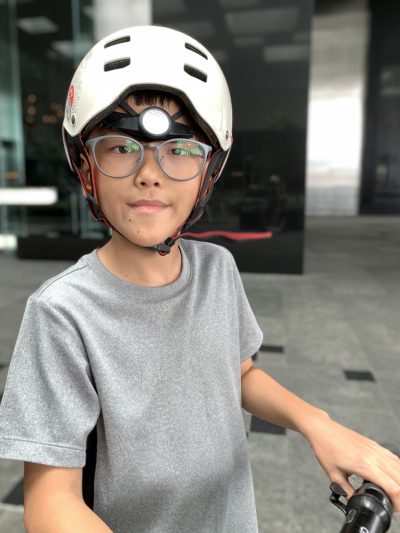 I guess it’s fine as long as there are no smashed heads or dead bodies.