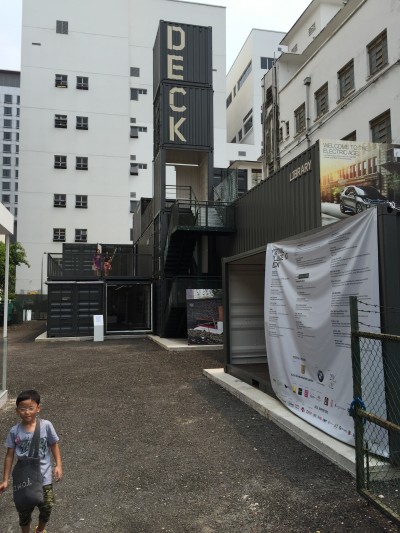 What happens when you give artistes a few shipping containers? They stack them up and create an exhibition space!

That’s probably how Deck came about. It’s the most unique art gallery you can find in Singapore dedicated to photography showcase.

I decided to take Pangzi to Deck one fine day to further his art education. By now he should be used to going to museums and such, but this place got him totally confused. 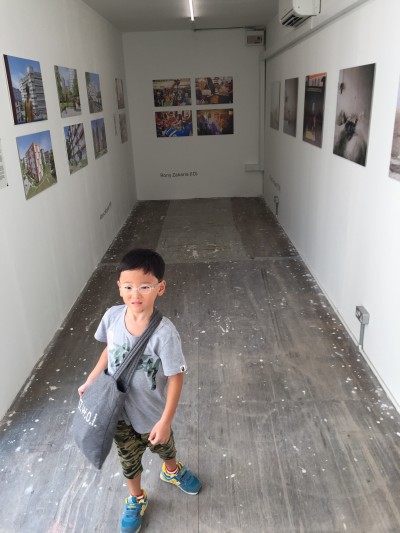 “Daddy, where are the ships?”

“I said containers, not ships. Where would you find water here in the middle of nowhere?”

Indeed, Deck is situated in the middle of Middle Road, hidden in an obscure corner near Sim Lim Square. 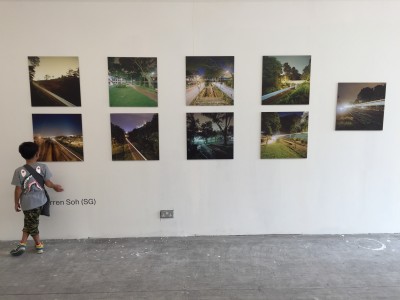 The compound it occupies isn’t too big, and it’s commendable how many photographs they manage to pack in there. The rustic industrial setting adds to its charm.

Metallic stairs lead you to the upper levels where more artwork awaits. I suppose you can say there’s an upper deck and a lower deck, and perhaps that’s what inspired the name. 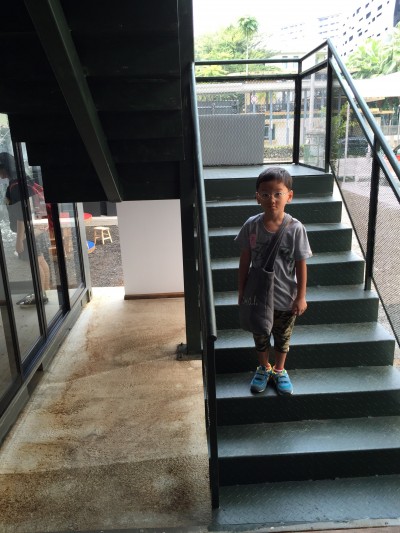 Deck is the latest addition to the Bugis area where already a number of galleries abound, from the Singapore Art Museum to the National Design Centre.

It is also home to NAFA and LASELLE, where art students hone their skills. Deck is smack in between these two schools. “Daddy, why are these rooms empty?” Pangzi asked with a puzzled look.

“You mean after so long you never noticed the photographs on the wall?” So much for my training. He seemed more excited listening to the hollow sounds when he jumped up and down on the wooden floor.

I was rather worried it would give way and show us the short cut to the lower deck. 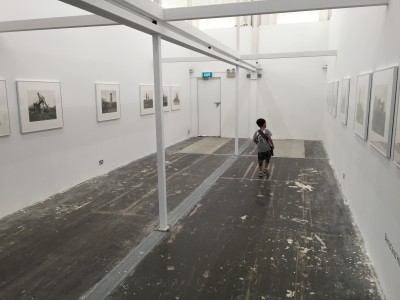 An impressive set of work by French photographer Fabrice Fouillet was on display when we visited. This artiste managed to go all over the world to snap gigantic statues that you won’t believe exist until you see them.

Currently, an exhibition named A Tree With Too Many Branches is ongoing till Mar 15, 2015. With a bit of imagination, I think you can see that Deck does look like a treehouse.